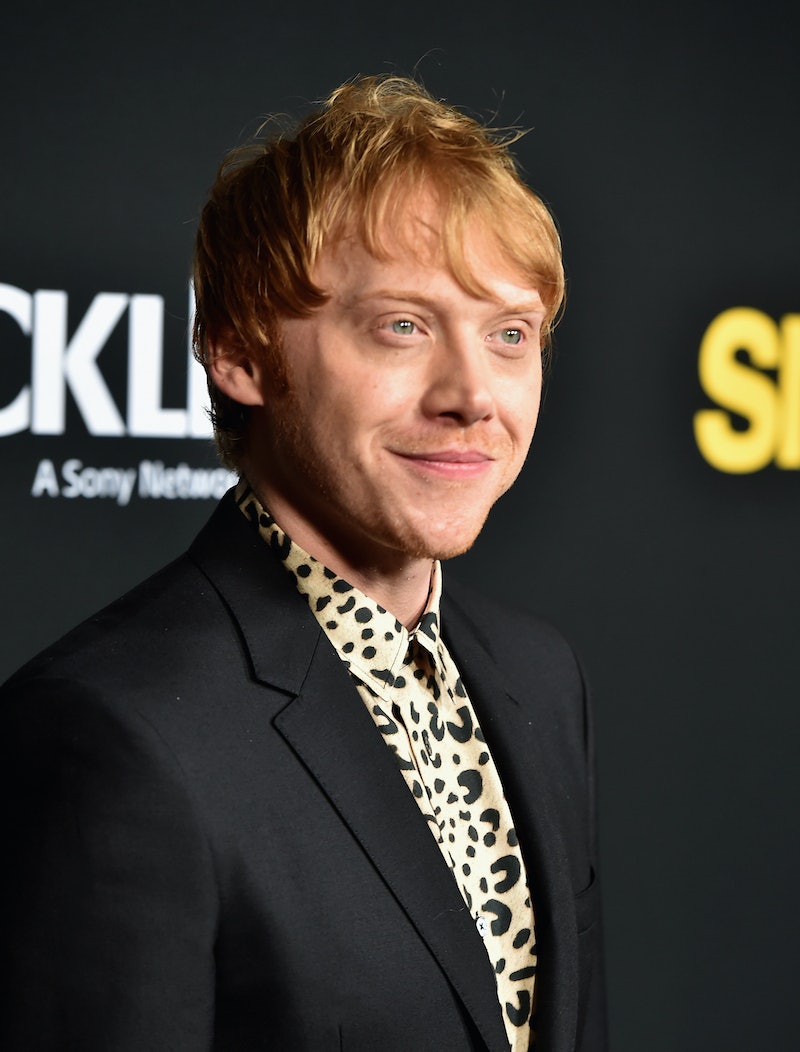 After the Harry Potter movie juggernaut ended in 2011, stars Daniel Radcliffe, Emma Watson, and Rupert Grint pursued very different paths. While Radcliffe and Watson maintained high profile acting careers, Grint slipped somewhat out of the public eye — and it turns out that was for a very good reason. Ahead of his latest role in the BBC's The ABC Murders, Rupert Grint talked about Harry Potter ending, distinguishing himself from Ron Weasley, and how he eventually fell back in love with acting.

Speaking to the Times, Grint explained, "[Potter] ended at the right time, when I didn’t have that much left in me." He added, "I don’t regret a single thing, but it was important to draw a line under it and do new things. It had all happened so quickly and was so constant, from the age of ten, being thrust into that adult environment, that I felt I’d missed out on quite a bit and needed to catch up."

"I’d lost a little bit of myself; I’d blurred into this amalgamation of Ron and me, where we became the same person," Grint said. "So, for my sanity, I needed to detach and reclaim myself."

What did detaching look like? Getting his tonsils removed, apparently, as well as taking road trips across Europe and America. "I’ve never been crazily ambitious and I always valued my life outside [Potter] so being out of its routine was good," he said. And yes, splashing out on that ice-cream van. "I still have it, but I never take it out," he told the newspaper. "It’s a nightmare to park because everyone tries to buy ice-cream from it."

His recent purchases, he said, have leaned more towards the grown-up end of the spectrum. "I’m quite into domestic life," he said. "Looking at Hoovers is what excites me at the moment, researching Gtech Air RAM versus Dyson." That's presumably for the home he shares with actor Georgia Groome; they've been dating for seven years, but a post about their relationship startled social media earlier this month. And it sounds like there's a family in their future. "I definitely want kids, a big family would be fun,” Grint said. “Though I thought I’d be more ready for all that by now.”

Grint will next appear on TV screens in the BBC's adaptation of The ABC Murders, in which he plays the unpleasant Inspector Crome alongside John Malkovich's Poirot. "It was nice to do something darker and more serious," Grint said. His return to on-screen acting, he said, was triggered by the "buzz" of a few stage roles. "It was hard to fall back in love with it at first because I didn’t really know what to do, but eventually the spark rekindled," he said.

Want to see that spark in action? According to the Radio Times, The ABC Murders will launch at 9 p.m. on BBC One on Boxing Day, and continue for two further consecutive nights. From the looks of the trailer, the grisly adaptation couldn't be further from Harry Potter.