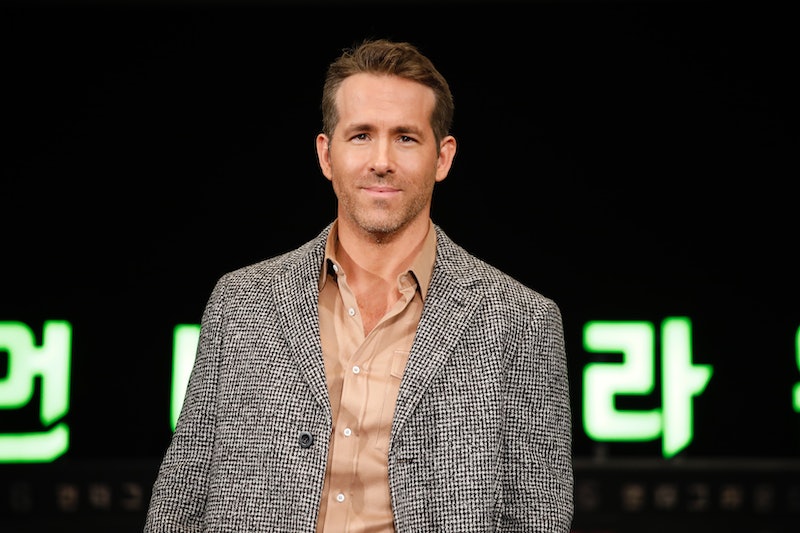 Someone get the Peloton wife a cocktail. To promote his gin company, Ryan Reynolds recruited the Peloton woman to star in a commercial that spoofed the high-end fitness company's controversial, now-viral holiday ad. "Exercise bike not included," Reynolds tweeted on Dec. 6, along with a spot for Aviation Gin. In the video, the same woman from the Peloton ad, actor Monica Ruiz, sports a dazed look during a night out with two friends — seemingly recovering from the events of the first ad.

Poking fun at the Peloton wife's perceived trauma from receiving a stationary bike from her husband for Christmas, Ruiz's girlfriends tell her "you're safe here" and even offer to get her another "smooth" gin martini. After Ruiz toasts to "new beginnings" (and downs her cocktail), one of the women tells her, "You look great, by the way," an obvious reference to the countless hours she'd spent on her Peloton bike.

Peloton's latest advertising campaign stirred much controversy in recent weeks. In the commercials for the $2,245-plus stationary bikes, a woman (Ruiz) documents a year in her fitness journey after her husband gives her a seemingly unprompted gift of a Peloton. Critics have claimed that the ad is both tone deaf to its subjects' privilege and also perpetuates themes of sexism, in part because the woman appeared to be pressured into exercising by her husband.

Following the widespread backlash, a Peloton spokesperson defended the commercial, issuing a Dec. 4 statement to CNBC: "We constantly hear from our members how their lives have been meaningfully and positively impacted after purchasing or being gifted a Peloton Bike or Tread, often in ways that surprise them. Our holiday spot was created to that fitness and wellness journey." The statement further noted that the company was "disappointed in how some have misinterpreted this commercial."

The same day Reynolds dropped his Aviation ad, Sean Hunter, the actor who plays the husband in the Peloton commercial responded to the controversy on Good Morning America. "People turned down a pretty dark path and it turned into a nasty thing," he said on GMA. "Once something goes viral, and it turns viral, people jump on that negative bandwagon and start to create any dialogue they want."

For his part, Reynolds, at least, seems to be intent upon turning that negative into a positive.

More like this
Paul Rudd’s Secret To Eternal Youth Is Something You Can Try At Home
By Darshita Goyal
Blake Lively Is Trolling Ryan Reynolds Again – Over Wrexham FC
By Sam Ramsden
Brad Pitt Wants To Share The Spotlight With This Celeb In Shania Twain’s “That Don't Impress Me Much”
By Alyssa Lapid
Kim Kardashian Gives “Bucket List Dream” Lecture At Harvard
By Alyssa Lapid
Get Even More From Bustle — Sign Up For The Newsletter
From hair trends to relationship advice, our daily newsletter has everything you need to sound like a person who’s on TikTok, even if you aren’t.