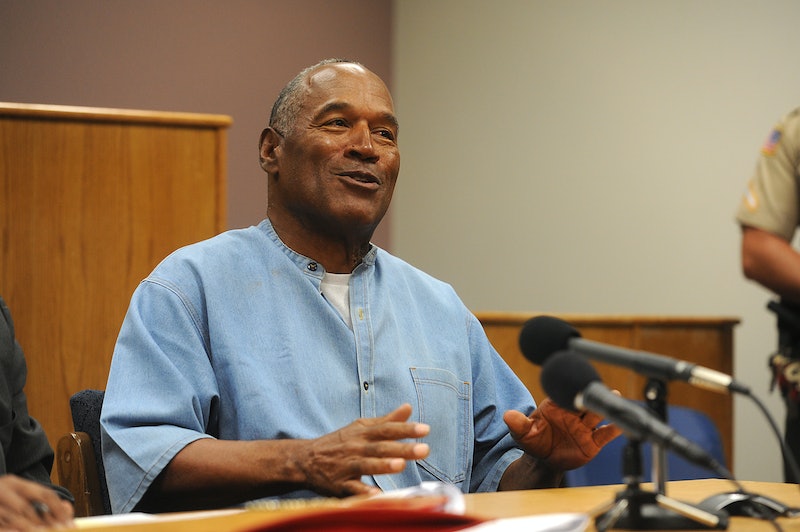 Who Is America? ended its controversial season on Sunday, with its final episode featuring the show's host seeking to elicit a murder confession. Sacha Baron Cohen had O.J Simpson on Who Is America? and repeatedly tried to goad Simpson into confessing to a crime. Simpson was famously acquitted in 1995 after being accused of murdering his ex-wife, Nicole Brown Simpson, and her friend, Ronald Goldman.

On the show, Baron Cohen posed as an Italian socialite named Gio Monaldo and met with Simpson with the supposed purpose of seeking out information on behalf of his faux client, Sheik Mansour. The discussion (which was filmed via hidden camera) opened with Simpson and Monaldo bantering, followed by the entrance of Monaldo's girlfriend, Christina. The pair briefly chat with Christina and she then exits.

In a seeming attempt to get a rise out of Simpson, Monaldo says to him, "She’s gorgeous, but sometimes I want to kill her.” Simpson responded by putting up his hand and saying, “Hey, hey, hey, hey hey." Monaldo then continued to share his desires with Simpson, saying, "I want to send her on a private helicopter and throw her over the Grand Canyon. Oopsie daisy!" Monaldo then reached out his hand to high-five Simpson, with Simpson laughing as he replied, "Oopsie daisy," and then asserted, "Stop, stop."

In the clip, Monaldo also directly questioned Simpson about what happened to his ex-wife, saying that his client, the faux sheik, is fascinated by Simpson's acquittal and will pay to know more information about the case. When Monaldo asked what really happened to Nicole Brown Simpson, the former football star asserted, "Well, first of all, she wasn’t my wife ... We had been divorced and separated.” Moreover, when Monaldo asked Simpson how he “got away with it,” Simpson pointedly asserted, “Hey, hey, I didn’t get away with nothing.”

At one point, Monaldo also sought to identify a commonality with Simpson, telling him, “Me and you, we’ve got something in common ... We’re both, how you say, ladykillers.” In response, Simpson, while laughing, said, "No, I didn’t kill nobody."

As Deadline noted, Cohen was reportedly able to secure the meeting with Simpson via a payout through one of Simpson's lawyers. The outlet also noted that Cohen, posing as the Monaldo character, had organized the meeting with the intention of trying to secure a confession from Simpson. The comedian also reportedly spent a great deal of time preparing for the one-on-one with Simpson, with Deadline indicating that he had trained with a former lead interrogator for the FBI who is an expert in securing confessions.

Cohen evidently did not secure a confession from Simpson. However, many on Twitter found the footage from the meeting both unsettling and astonishing, expressing shock that Cohen was even able to secure a one-on-one with Simpson. One Twitter user, @EmilyN7914, expressed surprise at the show's apparent fearlessness when it comes to topics and questions, writing, "I'm watching #WhoIsAmerica simultaneously in both horror and awe at the audacity of it all. Plus, OJ Simpson with the cameo appearance at the end. Most fitting."

Simpson has not commented publicly on the episode. Cohen has billed Sunday's episode as the last-ever Who Is America? episode, implying that the series will not be returning for another season, despite earlier speculation that it would continue.