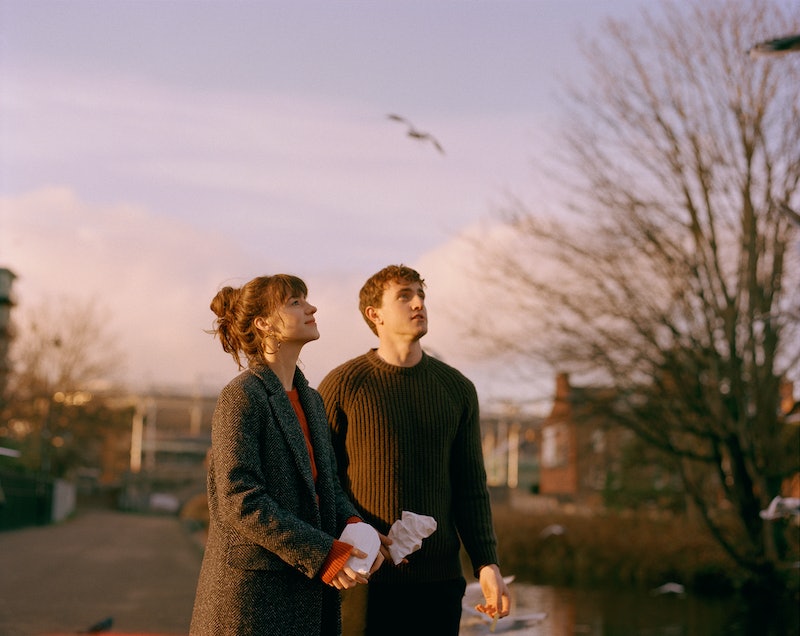 The ending of Sally Rooney's Normal People can't help but leave you in tears. The will-they-won't-they couple we've been rooting for all along have finally come together – only to be torn apart again when Connell gets an offer to study in a city thousands of miles away from Marianne. And what happens to their relationship after that has remained a mystery to readers. Or so we thought. It turns out Rooney may have actually revealed what happens to Marianne and Connell after Normal People ends and the answer has been sitting under our noses since 2016.

Alongside writing two incredibly successful novels and co-writing the with adaptation of Normal People for the BBC and Hulu, Rooney has also released a number of short stories in magazines and literary journals over the years. It was in The White Review that Rooney penned an essay that may go some way to explaining what happened to Marianne and Connell after we leave them.

At The Clinic tells the story of 23-year-old Marianne going to get her wisdom teeth removed. Connell, also 23, is driving her there. True to form, the two of them are both are seeing other people while holding onto the connection they have with one another. So, does this mean they've broken up again after we leave them in Normal People? Let's look at the timeline.

At the end of Normal People, Marianne and Connell have just graduated from four years at Trinity University in Dublin, meaning we can assume they are somewhere between 22 and 23 years old. So the scene we see in At The Clinic may well be set after the book's ending. It seems like they both still living in university digs, as there's mention of Connell's flatmate Barry (a precursor for Niall perhaps?). Other than that, it's hard to work out the context of this scene.

What we do know is that Rooney wrote the essay in 2016, two years before the full Normal People novel was released. As the Telegraph explains, Rooney found "something about the broadly symbiotic, intermittently sexual relationship between its two main characters, Marianne and Connell, demanded a larger canvas."

Wherever At The Clinic falls within the Marianne and Connell timeline, the most important thing is that we all now have another piece of writing from Rooney to devour in one sitting.

After the massive success of Normal People, Rooney is bringing Conversations With Friends to screen. Speaking about bringing her first novel to life onscreen Rooney said, "I’m so pleased to be working with the team at Element, Lenny Abrahamson, and the BBC to produce an adaptation of Conversations With Friends. I'm confident we're going to find fresh and interesting ways of dramatising the novel's dynamics, and I'm excited to watch the process take shape‎." That makes two of us.

More like this
10 Equally Romantic & Heartbreaking Books From British & Irish Authors
By Shahed Ezaydi
Armani Jackson Is Following In His Famous Actor Sister’s Footsteps
By Catharina Cheung
Everything To Know About The 'Daisy Jones & The Six' TV Series
By Maxine Harrison and Brad Witter
Rupert Grint Just Shared A *Major* Update About Ron Weasley’s Future
By El Hunt
Get The Very Best Of Bustle/UK
Sign up for Bustle UK's twice-weekly newsletter, featuring the latest must-watch TV, moving personal stories, and expert advice on the hottest viral buys.