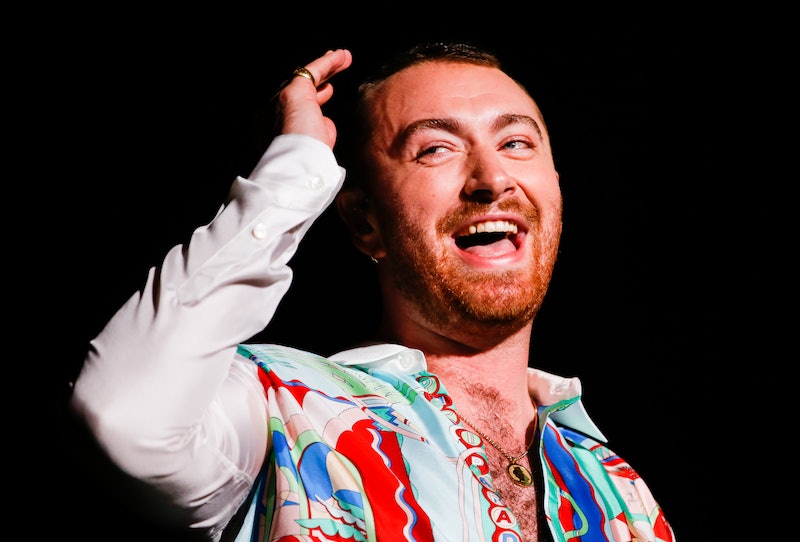 During an interview with actor Jameela Jamil in March for her web series I Weigh Interviews, Sam Smith said, "I am not male or female. I think I float somewhere in between." At the time, the Grammy Award-winner said that they wanted to continue to use he/him pronouns. But now, Sam Smith is using they/them pronouns, according to their Twitter thread discussing their gender, fear, and visibility.

And while the singer said that they are surrounded by supportive people, they've been "very nervous about announcing this because I care too much about what people think." They alluded to that fear again, later in their thread, when they said that even though they are scared, they are also "feeling super free right now."

This freedom and clarity, Smith wrote, has been inspired by "activists and leaders of the non binary/trans community," many of whom were trans women and nonbinary artists of color. Recognizing their place of celebrity in the non-binary and trans community, they said that they just want to be "VISIBLE and open."

"I am at no stage just yet to eloquently speak at length about what it means to be non binary," they wrote, "but I can’t wait for the day that I am." For anyone who has come out as trans or non-binary, this feeling is all too familiar. One of the burdens of coming out as trans or non-binary is the expectation that one person can explain every facet of genderqueerness at the drop of a hat. By setting this boundary for themself, Smith has given a model to other non-binary people to know that they do not have to know everything about gender, even their own. And even if they have these answers, non-binary people don't owe explanations of their gender to anyone.

While Smith also said that they will "try my best to explain" if people have questions, they also made a point to remind people to practice kindness. "I understand there will be many mistakes and mis gendering but all I ask is you please please try," they wrote.

"I hope you can see me like I see myself now," Smith wrote. And this is especially important given the diversity of pronoun usage in non-binary communities. Until today, for example, Smith had previously publicly used he/him pronouns, despite their acknowledgement that they experienced their gender as being outside a woman/man binary. But regardless of your gender experiences, Smith's story can serve as a reminder that you deserve to be seen as who you are, regardless of the pronouns you use.

Many non-binary people use binary pronouns (she/her or he/him), just as Smith did until recently. But the pronouns you use do not dictate your gender, just like the clothes you wear or the way you style your hair don't determine your gender. For Smith, their "clarity and understanding" about their gender has included using different pronouns at different times. And if your gender journey is similar, or if you choose to keep binary pronouns after coming out as non-binary, that is perfectly valid.

So when a friend comes out as non-binary, or when you come out as non-binary yourself, remember what Smith has taught with their Twitter thread: your pronouns are a lovely part of who you are, but they do not define your gender. You do. And that's the loveliest part of all.