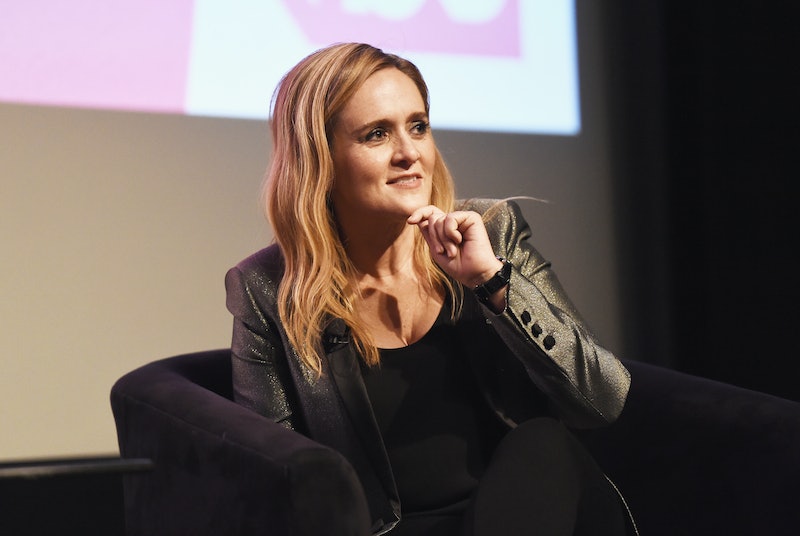 It's a donation that could help ease the lives of some of those caught up in the administration's harsh immigration policy: Samantha Bee's show donated a house to an immigration hospitality ministry in Lumpkin, Georgia, according to Deadline. The team behind Bee's Full Frontal will give the six-bedroom house to the organization El Refugio, which helps migrants detained at the Stewart Detention Center with visitation rights, housing, legal representation, and more in the Peach State.

The donation is part of Full Frontal's episode on the Immigration and Customs Enforcement (ICE) called "Christmas on ICE." Viewers can learn more about the special segment on Dec. 19 at 10:30 p.m. ET on TBS.

"We are overwhelmed with humility and gratitude," El Refugio's JoAnn Weiss said in a statement. "Thanks to the radical kindness and awesome generosity of Samantha Bee and the production team at Full Frontal, we will be able to do much more to alleviate the stress and expense families separated by ICE experience when they visit their loved ones at Stewart."

Before Bee's show donated the house, members of the El Refugio organization worked out of a small rental house for eight years, according to Deadline. The publication reported that resources were scarce along with the space where migrant families who had loved ones at Stewart were given bunk beds to sleep on.

Because of the reportedly small size of the space, organizers would have to arrange futons and air mattresses for the family members of detained migrants when the bunk beds weren't available. As for dinner, people would take turns at the house's small table.

Things could look up for El Refugio with the house donated by the Full Frontal show, which reportedly spans 3,100 square feet. According to Deadline, organizers will receive some 20 beds in the house along with a functional kitchen and a dining table that can host 20 people. On top of that, there are two working bathrooms.

Not only will family members have access to the place, volunteers too would be welcome, including lawyers working for the Southern Poverty Law Center's Southeast Immigrant Freedom Initiative.

The report on Full Frontal's donation also brings the Stewart Detention Facility into the spotlight. The detention facility, which is operated by the Corrections Corporation of America in collaboration with ICE, gained attention in a 2017 report carried by the acting inspector general for the Department of Homeland Security, John V. Kelly.

Kelly's report claimed that the Stewart Detention Facility, along with several others, "undermine the protection of detainees' rights, their humane treatment, and the provision of a safe and healthy environment."

ICE responded to Kelly's report that it was "confident in conditions and high standards of care at its detention facilities" and that it worked "regularly with contracted consultants and a variety of external stakeholders to review and improve detention conditions at ICE facilities."

While the lives of migrants at the detention facility may not be entirely stabilized overnight, Full Frontal's donation could alleviate some of their concerns about lodging and food for their loved ones.