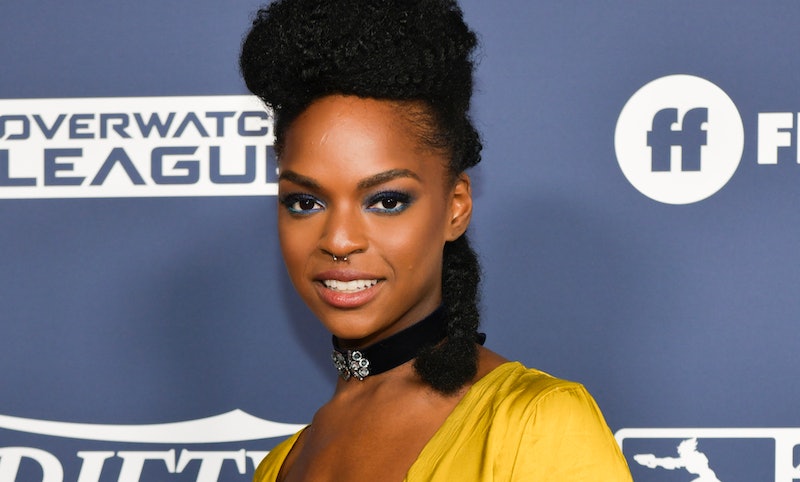 In the wake of former co-star Lea Michele’s apology, Samantha Ware is revealing more behind-the-scenes Glee intimidation that she endured on set of the Fox musical series. Ware, who joined Glee for the sixth and final season in 2015, first accused Michele of making the set a “living hell” through racial microaggressions and other forms of toxic behavior in a tweet on June 1, after Michele tweeted support for the Black Lives Matter movement. While Michele has since apologized, Ware has detailed even more instances of distressing behavior on set in an interview with Variety, published on June 11.

Ware felt sidelined by Michele during her very first episode. “I knew from day one when I attempted to introduce myself. There was nothing gradual about it,” Ware said. “As soon as she decided that she didn’t like me, it was very evident. It was after I did my first performance, that’s when it started — the silent treatment, the stare-downs, the looks, the comments under her breath, the weird passive aggressiveness.” She added, “It all built up.”

On another occasion, Ware claimed that Michele reprimanded her and threatened to have her fired for “goofing around” off-camera. “When you’re shooting a scene, sometimes the camera is on you and sometimes it’s not, but you still have to be in the scene,” Ware explained. “The camera wasn’t on us, so it’s not like we had to give a full throttle performance, but apparently, I was goofing around when the camera wasn’t on me, and she took that as me being disrespectful to her.”

While the director didn’t voice concern, Ware said Michele gestured her over “like a mother does to her child.” When Ware declined since she was “already publicly humiliated in front of a crowd of extras and dancers,” she claimed Michele “decided to threaten my job, and said she would call Ryan Murphy in to come and fire me.” Ware said. Bustle reached out to representatives of Michele for comment, but did not receive an immediate response.

“When I tried to speak up for myself, she told me to shut my mouth," Ware continued. "She said I don’t deserve to have that job. She talked about how she has reign.” According to Ware, Michele’s behavior was common knowledge on set, but it was left unchecked. She said, “No one was stopping these things, which is an issue because the environment was helping perpetuate this abuse.”

In the aftermath of the allegations, several of Michele’s former co-stars, both from Glee and other projects, have expressed support for Ware and suggested that they’ve dealt with similar toxic behavior from the actor. Michele’s former co-stars Heather Morris and Gerard Canonico have also spoken out, the latter calling her a “tyrant.” HelloFresh, the online grocery service, also dropped its endorsement deal with Michele. Given these revelations and axed endorsements, it seems it's time for Michele to face the music and do better.

More like this
Taylor Swift Visited The 'Glee' Set For This Bizarre Season 5 Episode
By Grace Wehniainen
Everything To Know About 'And Just Like That...' Season 2
By Jack Irvin and Grace Wehniainen
Grammys Host Trevor Noah Made Adele's Dream Of Meeting The Rock Come True
By Brad Witter
Pedro Pascal Barely Got Through The "Lisa From Temecula" 'SNL' Sketch
By Stephanie Topacio Long
Get Even More From Bustle — Sign Up For The Newsletter
From hair trends to relationship advice, our daily newsletter has everything you need to sound like a person who’s on TikTok, even if you aren’t.