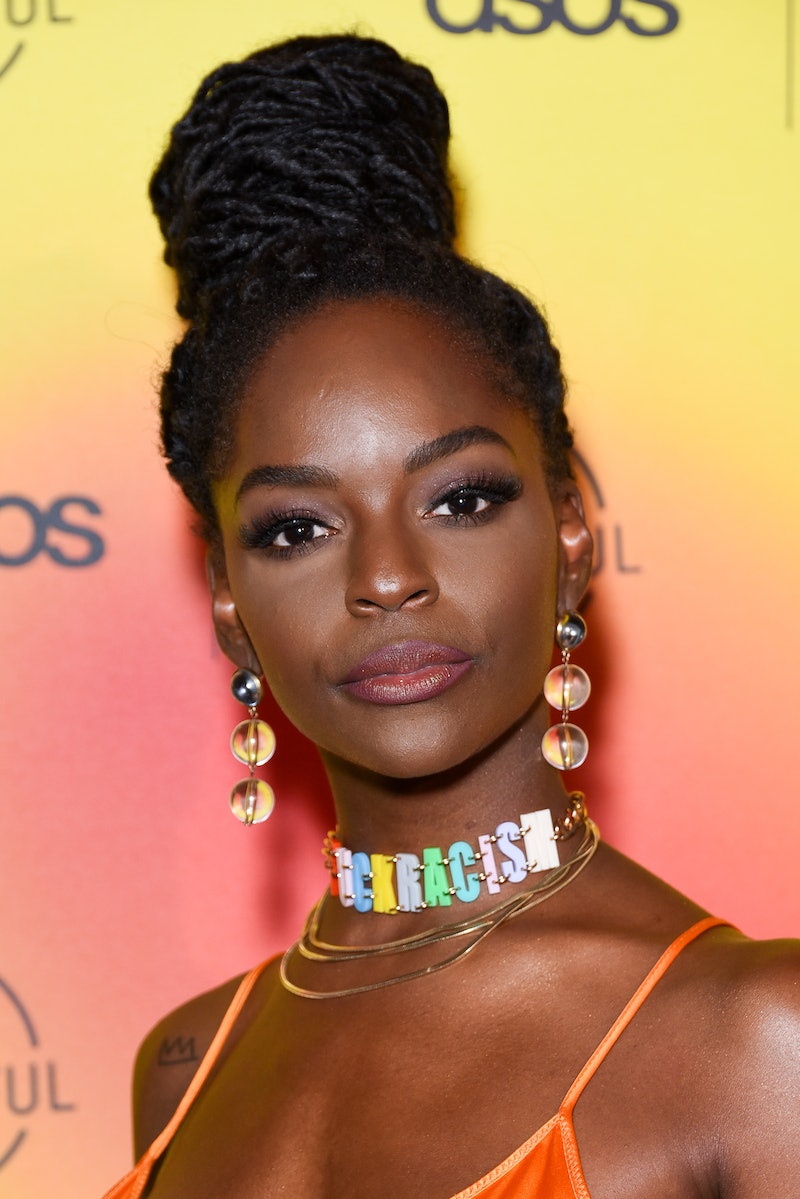 Lea Michele might have no recollection of alleged past threats to sh*t in the wig of her former co-star, but Glee's Samantha Ware has responded to Michele's apology on Twitter. Michele issued a statement on June 3 after Ware accused her of making the set of Ryan Murphy’s Fox musical series a “living hell” due to instances of “traumatic microaggressions.” Michele’s apology read in part, “Whether it was my privileged position and perspective that caused me to be perceived as insensitive or inappropriate at times or whether it was just my immaturity and me just being unnecessarily difficult, I apologize for my behavior and for any pain which I have caused.”

Ware seemingly responded to the apology with a call to action, specifically pointing out the use of the word "perceived," which appeared multiple times in Michele's statement. “Perceived? Purcieved? Purse?” Ware tweeted later in the day. “Open your purse?" The actor then linked to the GoFundMe page for the family of James Scurlock, a black man who was shot and killed by a white bar owner in Nebraska during a protest for George Floyd, the black man who died while pinned under a police officer in Minneapolis, on May 30. Even though she did not address Michele by name, it was clearly a call for the actor to show support by doing more than just releasing a statement.

Michele first came under scrutiny when she tweeted her support for the Black Lives Matter movement on May 29, in the wake of nationwide protests mobilized by Floyd’s death. “George Floyd did not deserve this,” she tweeted. “This was not an isolated incident and it must end. #BlackLivesMatter.” Ware then retweeted her message on June 1 and accused her of fostering a toxic work environment.

"Remember when you made my first television gig a living hell?!?! Cause I'll never forget,” Ware tweeted in all caps. “I believe you told everyone that if you had the opportunity you would 'sh*t in my wig!' amongst other traumatic microaggressions that made me question a career in Hollywood.” Yvette Nicole Brown, who starred opposite Michele on the 2017 sitcom The Mayor, replied under Ware’s tweet, “I felt every one of those capital letters,” while former Glee star Alex Newell added, “Felt like claps!!” Amber Riley, who also starred on Glee with Michele, seemingly addressed the accusations as well, sharing a gif of herself drinking out of a mug.

“When I tweeted the other day, it was meant to be a show of support for our friends and neighbors and communities of color during this really difficult time," Michele wrote in her apology, "but the responses I received to what I posted have made me also focus specifically on how my own behavior towards fellow cast members was perceived by them." She added, "While I don’t remember ever making this specific statement and I have never judged others by their background or color of their skin, that’s not really the point. What matters is that I clearly acted in ways which hurt other people."