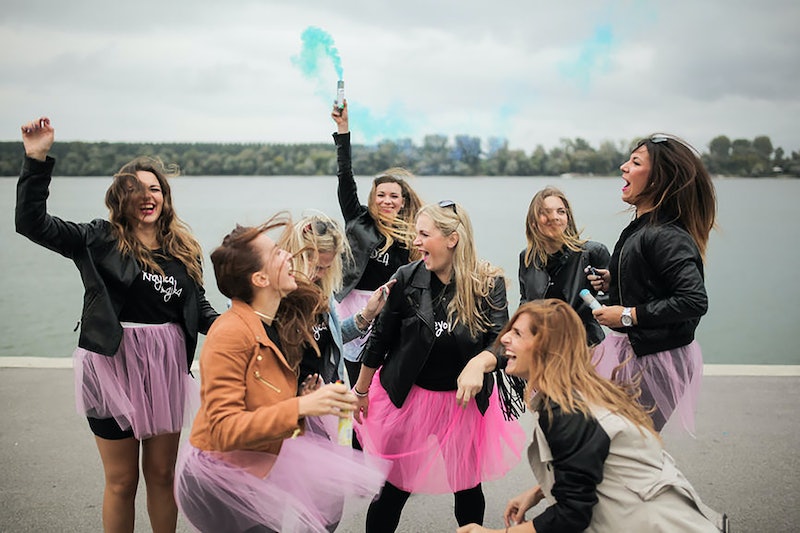 Your teenage years are pretty tough. You are trying to work out who you are, how you want to look, and whether it's OK to fancy your friend's much older, cooler sibling, all while tackling school. For many of us, our friends get us through. There is a reason it is hard to get rid of school friends: they know too much. However, a recent study has found that those relationships may have had a greater impact on your adult life than you first realised. A study has indicated that teenage friendships can dictate romantic satisfaction in later life. So, it turns out your best mate when you were 16 did more than just help you hide a nose ring from your mum. Researchers suggest that the skills you learn when developing friendships throughout your teens are really important to carry through to adulthood and may lead to happier, more successful romantic relationships.

The research was published in Child Development, a journal of the Society for Research in Child Development, and it "interviewed and observed" 165 people from the ages of 13 to 30. Participants were asked about "the quality of their social and romantic relationships, as well as reports by close friends." In conclusion, the study found that "the skills teens learn in friendships with peers of the same gender were the strongest predictors of later romantic satisfaction."

Professor Joseph Allen from the University of Virginia was one of the researchers in the study. Speaking to i News he said:

“[I]t’s the skills learned in friendships with peers of the same gender; skills such as stability, assertiveness, intimacy, and social competence that correspond most closely to the skills needed for success in adult romantic relationships.”

The research shows that, at aged 13, your ability to "establish positive expectations of relationships" and to be "appropriately assertive" with your peers can help indicate the level of romantic satisfaction you will have in later life. Between the ages of 15 and 16, establishing and managing "a broad array of friendships" is a positive indicator, and, between 16 and 18, your ability to "establish and maintain close, stable friendships" does the same.

Rachel K. Narr from the University of Virginia also worked on the study. According to Science Daily Narr commented: "Romantic relationships in adolescence are much more likely to be fleeting, and, as such, they don't appear to be the main way teens learn skills needed for the future.” The research indicates that it is, in fact, the close bonds you build with friends that will be more of an indicator for success.

It makes sense that it is the friends we have as teens that teach us all of the social skills we need to have more romantic satisfaction in the future. Your teenage years are a time of blue eye shadow, hormones, and confusion. However, it turns out the pals that got you through that may have set you up for the romantic relationships you have through your twenties and beyond.

More like this
We’re Still Not Over Britney Spears & Prince William’s “Cyber” Relationship
By Sam Ramsden and Sophie McEvoy
10 Ways To Be More Empathetic To Your Partner
By Raven Ishak and Lexi Inks
Are Quality Time & Gift-Receiving Love Languages Compatible?
By Lexi Inks
The Differences Between Polyamory & Open Relationships
By Lexi Inks
Get The Very Best Of Bustle/UK