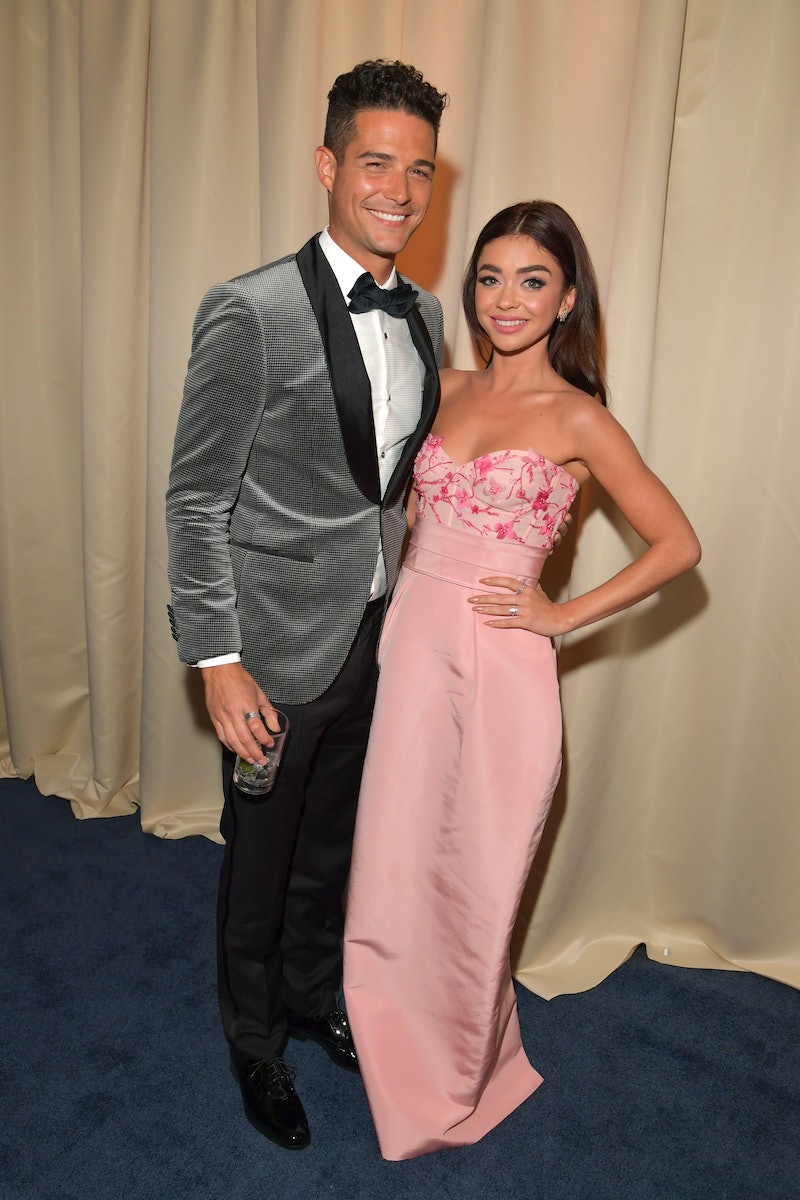 Another celebrity wedding has been postponed thanks to none other than COVID-19. Sarah Hyland and Wells Adams have confirmed that their wedding is postponed due to concerns regarding the coronavirus pandemic. The couple announced the news during an appearance on The Bachelor: The Greatest Seasons Ever! special on Monday, June 29, which took a look back at JoJoe Fletcher's season, where Bachelor Nation met Adams for the very first time.

"We have no plans as of right now," Hyland said about their wedding. "We've put all planning on hold." She explained that the health and safety of their families and guests — and herself — were their top priorities, so they're not setting a date just yet. "All of my family is on the East Coast, so for them to fly out... and just ages [of the guests] and of course with my health risks, we want to be as safe as possible," she said.

The Modern Family star has been very open about being immunocompromised due to her kidney dysplasia. Therefore, she is at higher risk of contracting the virus. "Say someone gets a 24-hour bug — I get it for a week or more," she explained during an appearance on the Brad Behavior podcast in March 2020. "For me, it's really dangerous. My panic level is pretty high, but I also have a lot of health issues that are very susceptible to stress, so I'm trying to remain calm."

Hyland and Adams have been dating since 2017, when Hyland, a huge Bachelor fan, tweeted about Adams while watching the Men Tell All special during his season of The Bachelorette. They had several adorable Twitter interactions, Adams slid into her DMs, and the rest was history. In July of 2019, Hyland announced that they got engaged on a trip to Fiji. And, though they didn't meet on the reality show, they're about as close to Bachelor couple royalty as you can get.

Adams previously hinted that their wedding plans were on hold during an interview with Access Hollywood last month. "What's the point of even trying to get something solidified with everything being so up in the air?," he asked, adding that they did not want to get married over Zoom. However, he did admit that he and Hyland were open to a "small backyard thing" with only close friends and family if the pandemic lasts even longer than expected. Let's hope that the couple doesn't have to resort to that.