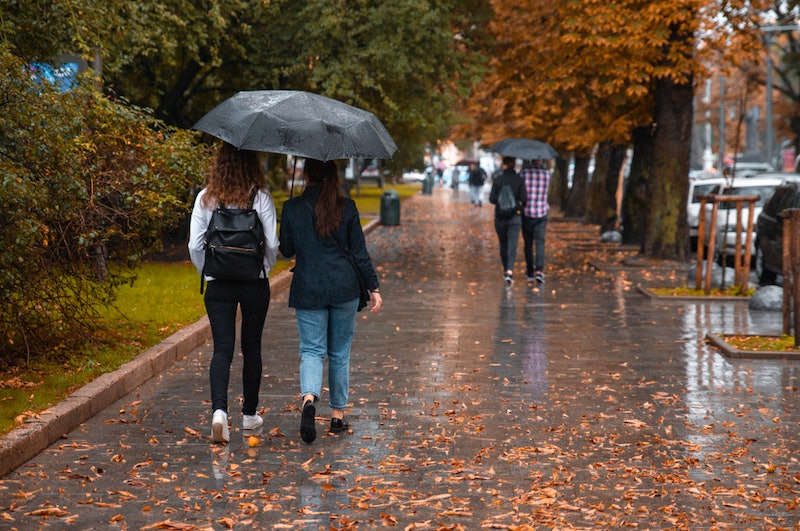 Schadenfreude, a word borrowed from German (translation: harm joy), is the deliciously evil feeling of deriving happiness, however small and petty, from someone else’s misfortune. If you’ve ever laughed at a friend after something embarrassing happened to them, or cracked a smile at one of those YouTube fail compilation videos, you’ve likely experienced it. If you’re still confused, think of every time Nelson from The Simpsons delivers his iconic “Haha!”— the character is pretty much the living embodiment of the phenomenon. Now, a team of psychologists at Emory University are trying to better understand the common emotion. In a new study, they argue that dehumanization is at the core of inducing schadenfreude in people, and that schadenfreude can be linked to psychopathic behavior (even if it's only momentary).

Published in the journal New Ideas in Psychology, the literature review found that experiencing schadenfreude “overlaps substantially” with several other “dark” personality traits, including narcissism, sadism, and psychopathy. Though people who score high for “dark triad” traits (psychopathy, narcissism, and Machiavellianism) tend to experience schadenfreude more often, it’s also a common human emotion in the general population. The researchers posited that dehumanization, where a person or social group is seen as lacking positive human qualities, plays a central role in the feeling.

"Dehumanization appears to be at the core of schadenfreude," said Shensheng Wang, one of the study’s authors, in a statement. "The scenarios that elicit schadenfreude, such as intergroup conflicts, tend to also promote dehumanization."

The researchers noted that even ordinary people may be susceptible to temporarily losing empathy for others in the moments where they’re experiencing schadenfreude. When they’re relishing in the victim’s pain, it may stem from momentarily not placing themselves in the victim’s shoes, so to speak.

The researchers also suggested that schadenfreude may have three distinct and interrelated subforms: aggression, rivalry, and justice. Aggression, for example, could likely be found in athletes when they revel in the loss of a rival team. Rivalry schadenfreude is focused more on personal competition, like in the workplace or amongst your friends and family. The justice subform of schadenfreude could potentially explain why we love a good rise-and-fall story — it describes feeling joy in someone else’s downfall who you believe acquired their status via “unfair” means (based entirely on your perception of what constitutes as unfair, of course, which means it’s pretty subjective). Justice schadenfreude is essentially when you think someone of high power gets what’s coming to them.

The study helps provide a potential framework to better understand the complex emotion in future research. Elements like self-evaluation, social identity and justice could play key roles in motivating people towards schadenfreude, and the key in pulling people away from it may lie in their ability to empathize with others and perceive them as fully-formed human beings.

So is schadenfreude malicious, or just a natural part of human nature that's not all that bad in the long run? That’s up to the individual to decide, but for what it’s worth, if laughing at videos of people falling off chairs is wrong, then I don't want to be right.