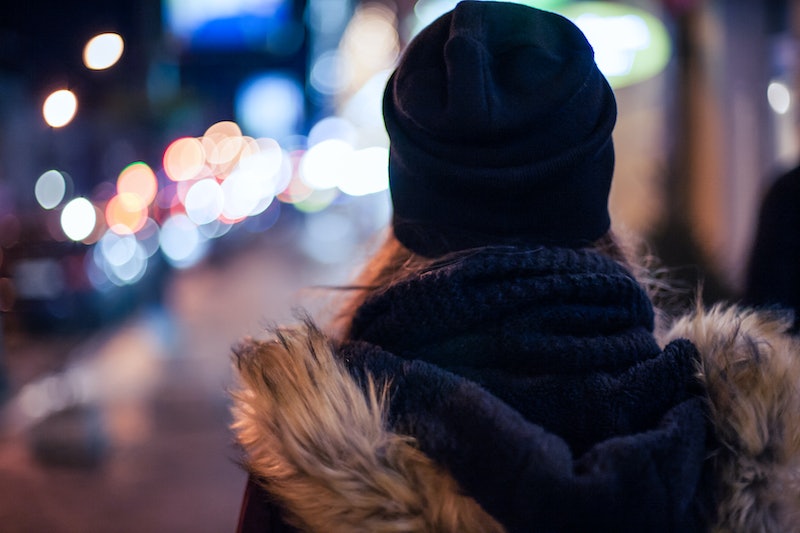 Personality traits with negative connotations have long been used to explain why some people engage in behavior considered to unethical, morally dubious, or otherwise socially questionable. However, it now seems that these so-called “dark traits” may not occur in isolation — that is, if you have one dark trait, you’re more likely to have others, too. According to a study by researchers from the University of Copenhagen, the Universität Koblenz-Landau, and Ulm University, dark personality traits might share a common core. The study first made waves over the summer; published in the journal Psychological Review, it has major implications for our understanding of the driving force behind certain behaviors.

If you’ve heard of the “Dark Triad,” you’re already familiar with a few of these dark traits. The triad is made up of Machiavellianism, or the tendency to manipulate or exploit others in order to achieve you own goals (think of it as the belief that the ends always justify the means); narcissism, or the belief that you’re “special” or more important than others; and psychopathy, an antisocial disorder that can manifests in amoral behavior, a profound lack of empathy or conscience, and extreme egocentricity. But those three traits are far from the only “dark” traits that exist; egoism, sadism, spitefulness, psychological entitlement, moral disengagement, and self-interest all fall under that umbrella as well.

With all this in mind, the researchers proposed in their study, which can be read as a PDF here, that “dark traits are specific manifestations of a general, basic dispositional behavioral tendency.” They termed this tendency the “Dark Factor of Personality,” or D-factor. (The idea of the D-factor was inspired by that of the g-factor, or “general intelligence factor,” which was proposed by Charles Spearman in the early 20th century and theorized that people who perform well on one variety of cognitive task also tend to score well on other such tasks and tests, as well.) D, wrote the researchers, can be understood as “the general tendency to maximize one's individual utility — disregarding, accepting, or malevolently provoking disutility for others — accompanied by beliefs that serve as justifications”; people who have high levels of it, proposed the researchers, will “generally aim to maximize their individual utility at the cost of others,” as well as “generally disregard, accept, or malevolently provoke disutility for others” in their attempt to do so. They also tend to justify their behavior with malevolent beliefs.

What the study sought to explore was the idea that, although individual dark traits do have differences from one another, they all relate to at least one of D’s “defining aspects.” This could in turn mean that that D “represents the underlying general tendency from which dark traits arise as specific manifestations” — that is, that D is the “common core” of all of these traits. By extension, it would also mean that people who display one dark trait would be more likely to display others, as well.

The researchers tested their theoretical framework by conducted four different studies. The first study, which functioned as a “preliminary evaluation” of the idea that a common core for dark traits might exist, saw 304 volunteers anonymously answer a series of questionnaires that assessed them on each of the dark traits. (The volunteer weren’t compensated in any way for their participation.) The second study sought to replicate the results of the first with a large sample size, but through slightly different means: 1,094 participants first completed the same questionnaires used in the first study, then played a “dictator game” which asked them to determine how they would split 100 Euros with another person they would never identify or meet.

The third study, meanwhile, upped the ante: In addition to aiming to replicate the results of the first two studies with a more diverse sample and longitudinal design and examine selfishness and unethical behavior in more complex circumstances than the one-shot dictator game used in Study 2, it also incorporated additional self-report criteria and sought to “locate D within the space spanned by broad models of basic personality [structures]” like the Five-Factor personality model. In this study, 882 participants who were roughly representative of the general population first completed two broad personality inventories, then undertook the same activities detailed in Studies 1 and 2, and finally completed “nine self-report criteria and… two incentivized behavioral tasks.”

The fourth and final study examined whether D could be understood as a fluid concept—that is, the idea that D “is not exclusively defined by any particular indicator of a single or a set of dark traits, but rather a general underlying tendency responsible for the commonalities among various dark traits, consequently representing their common core.” They did so by performing certain analyses on the data obtained in the first three studies, with the final sample consisting of 2,659 observations.

The researcher made five major findings throughout these four studies: They found that all of the dark traits they examined were, in fact, positively related in significant ways; that the items that related strongly to the D-factor also related to the aspects of D they previously identified (individual utility maximization, incurring disutility for others, and the use of malevolent beliefs to justify their behavior); that people who had high levels of D both tended to keep more money for themselves in the dictator game and were more likely to engage in unethical behavior; that D did relate positively to things like dominance, impulsivity, and aggressiveness and negatively to things like fairness, sincerity, and modesty; and that, as Scientific American put it, “the D-factor captured the dark core of many different dark traits without crucially relying on any one measure.”

That is, according to what the researcher found, there does appear to be a common core between all of the dark traits — so if you tend to display one, you’re also likely to display others.

Why does all this matter? For the same reason that virtually discoveries about how our minds and personalities work does: It help us figure out how to deal with it, whether we’re displaying these dark traits ourselves or whether we’re on the receiving end of the behaviors associated with them. Said researcher Ingo Zettler, Professor of Psychology at the University of Copenhagen, in a press release, “In a given person, the D-factor can mostly manifest itself as narcissism, psychopathy, or one of the other dark traits, or a combination of these. But with our mapping of the common denominator of the various dark personality traits, one can simply ascertain that the person has a high D-factor. This is because the D-factor indicates how likely a person is to engage in behavior associated with one or more of these dark traits.”

This has implications for therapy and treatment, as well as our own responses to people with high levels of D. In instances of “extreme violence, or rule-breaking, lying, and deception in the corporate or public sectors,” said Zettler, “knowledge about a person’s D-factor may be a useful tool, for example, to assess the likelihood that the person will reoffend or engage in more harmful behavior.”

If you’re curious about how you yourself score with regards to the D-factor, the researchers have set up two tests you can take online, one shorter one that will give you more general results and a longer one that will give you a more accurate estimate of your D score. Just, y’know… make sure that you really want to know what you think you want to know before you take it. If your results aren’t to you liking, you can’t exactly unlearn what you learned.