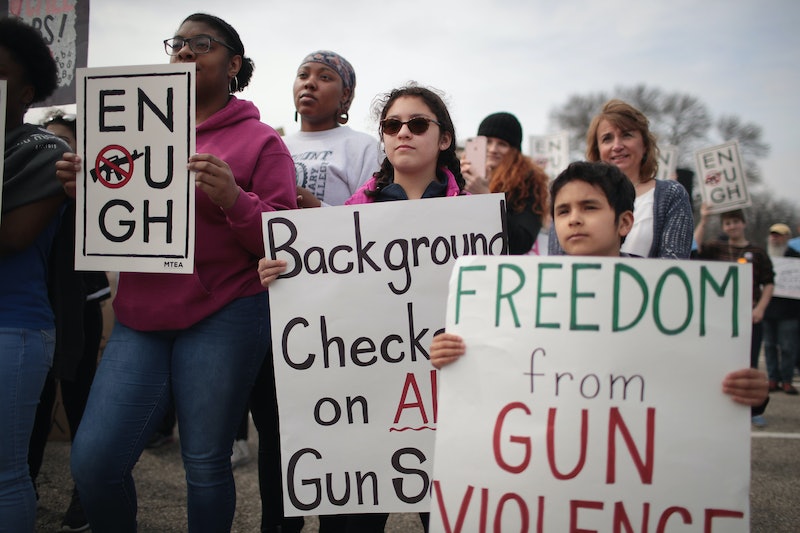 There's been a dramatic increase in school shootings over the last two decades, and many schools have taken steps to keep their students safe. But school lockdowns affect kids in disturbing ways, according to an extensive new Washington Post report, and are taking their own psychological toll on the children who endure them.

More American children were killed in school shootings between 2000 and 2018 than during the entire 20th century, according to an April report published in the Journal of Child and Family Studies. The journal Pediatrics reported in 2017 that guns have become the third leading cause of death for American children, with black children being at disproportionate risk of being killed by firearms.

However, the Washington Post reports some truly startling numbers behind schools' response to the prospect of shooters on campus. According to the post, 4.1 million American children were subject to a lockdown, in which a school temporarily shuts down in response to a threat of violence, in 2018; this includes over a million elementary school students and 220,000 kids in kindergarten or prekindergarten. The Post tallied 2,600 campus lockdowns over the course of the year, or an average of more than 16 every day, and at least 61 percent of them were related to guns. On Feb. 23, nine days after a gunman killed TK people at Marjorie Stoneman Douglas High School in Parkland, Florida, no fewer than 33 schools across the country had lockdowns, according to the Post.

It's impossible to say how many of those children will experience lasting psychological trauma from these lockdowns, in part they haven't grown up yet. But Steven Schlozman, a child psychiatrist and assistant professor at Harvard Medical School, told the Post that the number of lockdowns represents "a clear and pressing public health issue" to America's youth, and cited several lifelong psychological conditions that can result from the lockdowns and the circumstances that lead to them.

“We have very good data that children in proximity to frightening circumstances, such as those that trigger school lockdowns, are at risk for lasting symptoms," Schlozman told the Post. "These include everything from worsening academic and social progression to depression, anxiety, poor sleep, post-traumatic symptomatology and substance abuse."

The Post cites children who, during school lockdowns, scribbled out makeshift wills on notebook paper, sobbed in the dark for hours with classmates, and texted family members to beg for help — or tell them that they were about to die. One 6-year-old who experienced three lockdowns in 2018 told the Post that she doesn't play outside during recess anymore, for fear of being shot, while a 12-year-old showed the Post a letter he wrote to his mom, apologizing for everything he'd done wrong, during a lockdown.

Of course, there's a very good reason that schools carry out lockdowns: To save students' lives. John Czajkowski, who heads security for a 40,000-student school district near San Diego, told the Post that it's imperative for school administrators to be measured in their responses to potential threats on campus. One possible way to do this is already being implemented: Schools that Czajkowski oversees will often go into "secure campus" mode, in which doors are locked and nobody is allowed to enter or leave the building, but classroom instruction otherwise proceeds as usual. Nevertheless, it remains a challenge for administrators, as there's no unified national standard for when or how schools should react to possible threats.

“The anxiety caused by full lockdowns along with the lost learning time take their own toll on our students’ well-being,” Anne Fullerton, spokesperson for Baltimore's public school district, told the Post. “Whenever possible, we want our students to have a regular school day and to experience their schools as safe havens.”