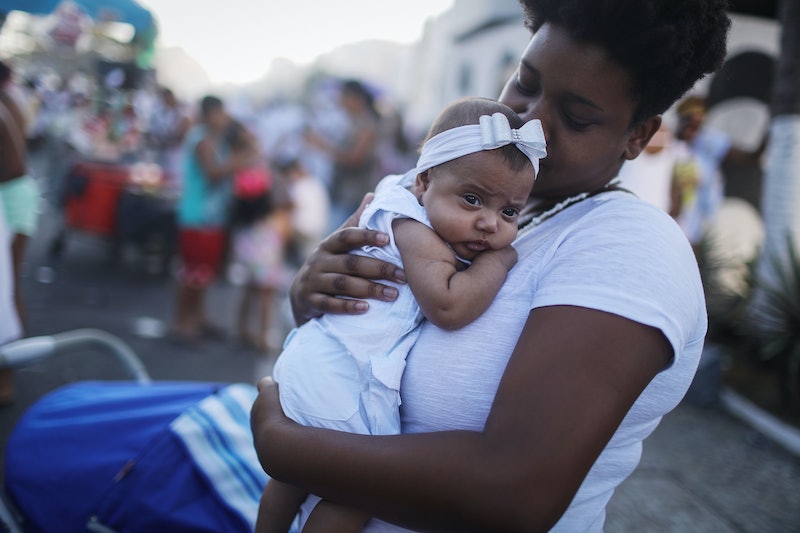 Fertility technology for couples who require assistance in conceiving has taken unimaginable leaps and bounds over the past few decades. 2017 marked only 40 years since the first successful use of IVF, and now people have options from egg-freezing to fallopian transfers to help pregnancy, now and in the future. But one British scientist's suggestion for another way to combat fertility issues is turning heads for seeming to come from the pages of a sci-fi novel: artificial sperm.

It's not as strange as it sounds. All sperm comes from germ cells inside the human testicles, with the glamorous name of spermatogonia. Scientists are trying to replicate the process of sperm creation using stem cells, which have been famously used to produce other kinds of cells, from skin to types of organ cell. Hypothetically, this is pretty straightforward: if scientists can figure out how to artificially replicate the process by which sperm emerges from germ cells, they can produce sperm in labs. And in the process they can help the millions of men who experience issues with low sperm count and difficulty conceiving. According to a 2015 global study, 48.5 million people worldwide have difficulty conceiving, and an estimated 20 to 30 percent of fertility issues are caused by a male partner.

However, the process by which sperm becomes the recognizable, long-tailed critter we all know from health class is more complex than it seems. And the new process, announced at the December conference by the University of Cambridge scientist Professor Azim Surani, goes further than ever before, but still stops short of producing viable lab-grown sperm.

So what's so tricky? The problem, apparently, is that the process by which human germ cells become sperm is particularly long. Eggs develop from germ cells in exactly the same way as sperm for the first eight weeks, and only after that point do sperm start developing their own characteristics. Professor Surani's team has managed to replicate the growth process up to this point, when sperm first begin to look distinct from eggs. They did it by using miniature artificial testicles to house the germ cells. This still doesn't leave a sperm capable of doing anything like fertilization — the eight-week mark is known as the "halfway point," because it takes roughly another eight weeks for sperm to fully mature — but it's still a step forward.

This represents a massive new frontier for artificial sperm science. The last big leap in the field came in 2016, when scientists managed to create artificial mouse "spermatids," or immature versions of sperm, and inject them successfully into a mouse egg. We're not sure if this technique would work in humans, because sperm in mice take much less time to mature than human sperm, unhelpfully enough — but Professor Surani's artificial gonads might be the key to seeing healthy human artificial sperm.

Another bit of science from 2017 might help out men with infertility issues, too. Scientists from the Francis Crick Institute figured out a way to alter skin cells in mice into pluripotent stem cells, a kind of stem cell that can be made into sperm or egg cells. The pluripotent cells were successfully transformed into sperm that resulted in live mouse babies. If this applies to humans, it could mean that the skin cells of an infertile man could be shifted into germ cells that could produce viable sperm — and hey presto, healthy babies.

There's still a long way to go, though. To artificially create successful sperm, you have to make sure that the sperm hold onto their DNA payload all the way through their gestation, and don't become weak or flawed anywhere in the process. While the absence of a tail isn't necessarily an issue, a poorly developed sperm could make fertilization impossible or cause health issues for any embryos that result.

It's an issue with promise but no slam-dunk for men who face fertility issues right now. Depending on the state of research, though, the next generation (or the one after that) might be able to add artificially-grown sperm to their arsenal when it comes to fighting infertility issues. Ain't science grand.

More like this
How To Protect Your Digital Privacy If You Need An Abortion Post Roe v. Wade
By Kaitlyn Wylde
5 Crystals For Anxiety
By Megan McCarty
5 Crystals To Manifest Better Sleep
By Megan McCarty
11 Benefits Of Cross-Training
By Carolyn Steber
Get Even More From Bustle — Sign Up For The Newsletter