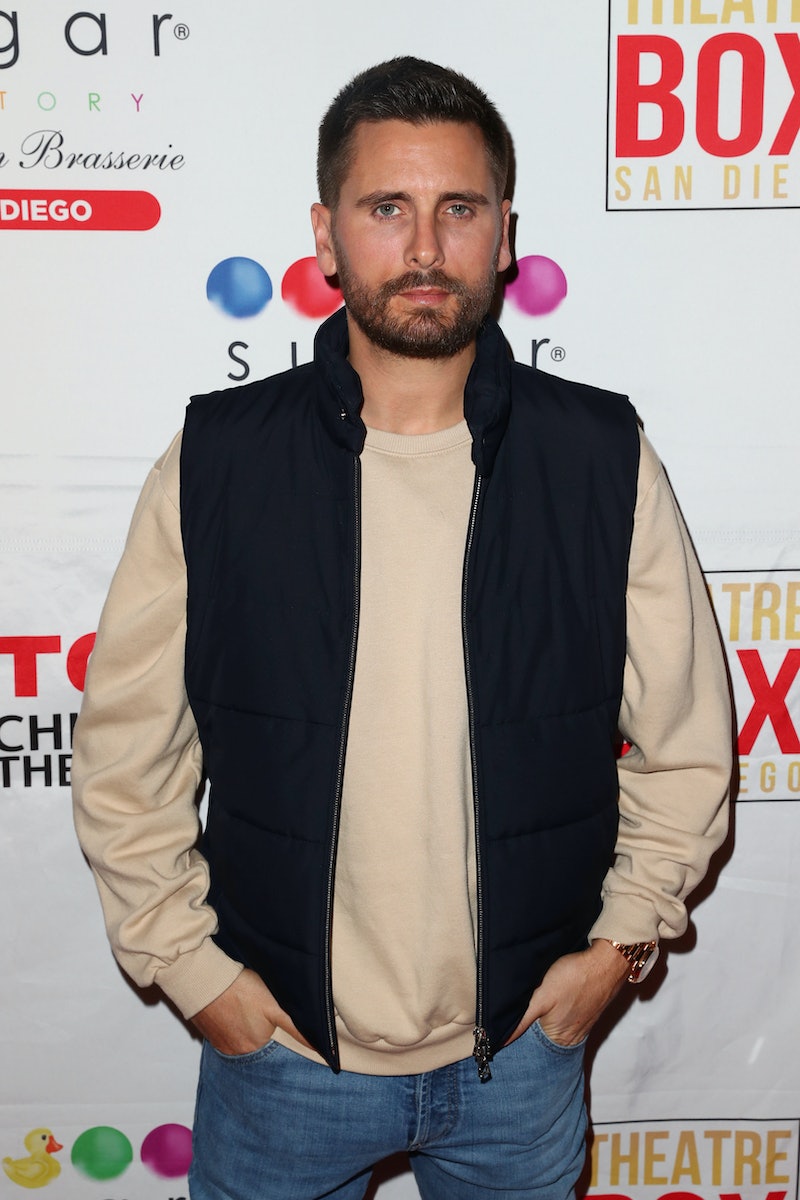 The Lord may be known for his love of cars, fine dining, and Todd Kraines-related pranks, but none of that compares to the love that he has for his three young children. As E! News noted, Scott Disick's Instagram post about fatherhood that features his daughter, Penelope Disick, will show fans exactly where his priorities lie.

On June 23, Disick brought the cuteness to Instagram with a photo of himself and his only daughter flashing some big smiles. In his caption for the post, the reality star wrote that his Instagram used to be full of car pics. But now, his feed is pretty much a tribute to Penelope, Mason, and Reign, and he wouldn't have it any other way. He wrote, "I use 2 post lots of pics of my cars, but now I post a lot of pics of my kids. I guess I found my real love and passion." Honestly, have you ever read a sweeter Instagram caption?

Just as the Lord mentioned, if you take a look at his feed, you'd see that it's filled with photos of his three children, whom he shares with his ex, Kourtney Kardashian. The family-focused TV star is fond of sharing pics of his family from their many vacations or snaps that feature the fam spending quality time together. And somehow, every photo that he posts manages to be even cuter than the one before.

This is far from the first time that Disick has discussed how important being a father is to him. Back in January 2016, on the gone but not forgotten Kocktails with Khloé, Disick opened up about how his focus is always going to be on his kids. On the program (as obtained via Hello! Magazine), he was asked about "what's next?" with him, to which he replied, "The only thing I'm trying to focus on is calming down and focusing on the kids and trying to be a good dad." He went on to say that he doesn't want people to think of him as someone who only cares about "money and cars."

Instead, he wants to make sure that people know that he puts his family first,

"A lot of people think I only care about money and cars and don't realize it's more just about insecurities and how much I care about my friends and my family. I'd really rather never be in a tabloid again, but if I'm going to be, at least it be about, 'This guy isn't who everyone thinks he is'."

Now, just based on his social media presence, there's absolutely no mistaking that the Lord's focus is totally centered on being a good parent.

It's so sweet to see Disick open up about fatherhood in such a meaningful way, and to post some family snaps in the process. While all of his posts are so adorable, his most recent Instagram, in which he opened up about the real loves of his life, has to be the most adorable yet.