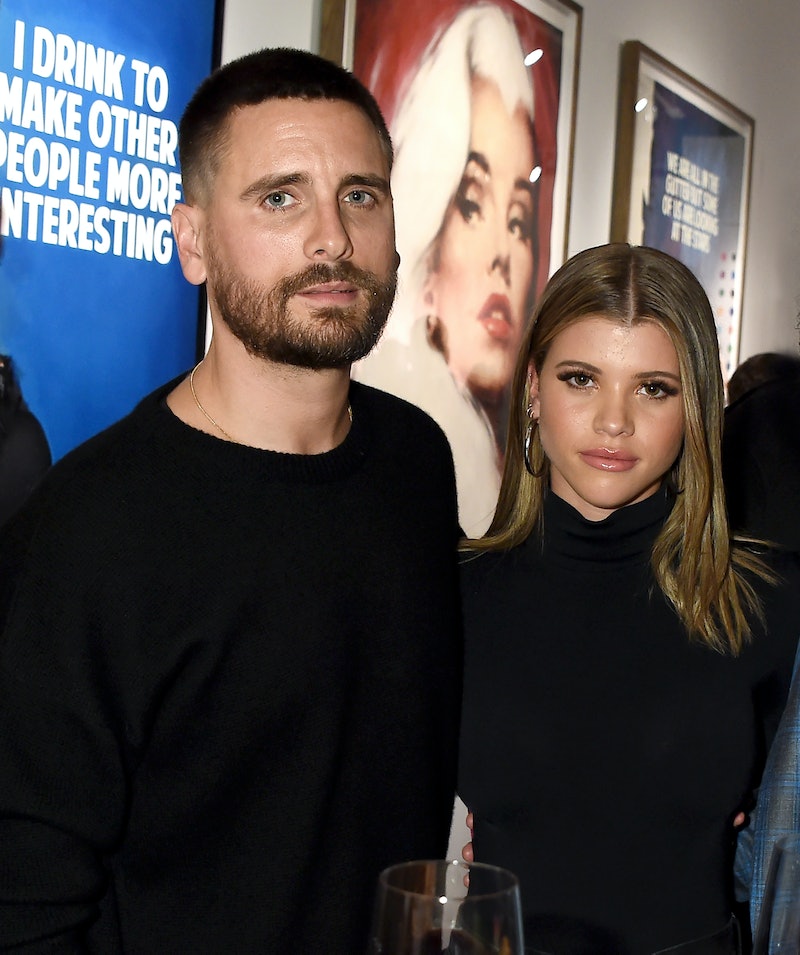 Even though Scott Disick and Sofia Richie are both well known people with famous family members, they've had a pretty low key relationship. Up until this point at least. In a preview for the Sept. 29 episode of Flip it Like Disick, Scott talks about how Sofia changed his life for the better. In the clip shared by Entertainment Tonight, Scott said,

"I think it’s hard anywhere to find somebody that you can be comfortable with and the truth was, without her, I was always looking for somebody or something. She’s definitely been that little piece that’s calmed me down and made me a better man and made things easier in my life.”

Scott made those comments during an on-camera interview following a discussion with Sofia about moving to Malibu. Currently, the couple lives together at the home he had before they started dating, but Sofia explained why she's open to switching things up. "Because this is very you. This is very manly, Scott bachelor pad,” she remarked.

In that same conversation she told him, “I feel like it would be nice to start over now that I think about it." This is the most that fans have seen of their relationship on TV, but Sofia will also appear for her first storyline on Keeping Up With the Kardashians on the Oct. 6 episode when Scott and Sofia vacation with his kids and ex Kourtney Kardashian, as seen in a preview clip posted by E!

Scott said in the clip, "It is a really awkward situation ... It does take, like, a toll on me. This trip has so much pressure." Fans will have to tune in to see how things go between Scott, Sofia, and Kourtney during the family trip when the episode airs. Overall, it would make sense to assume that Sofia and Kourtney are cool with each other since Daily Mail reported that Sofia started following Kourtney on Instagram earlier in September.

Although Sofia it seems that only just starting to get involved with the family's reality show, she has shared lots of photos with Scott on her Instagram account throughout the years. The couple has been linked since 2017 when photos surfaced of them on a yacht at Cannes. In contrast to Sofia's Instagram, Scott's Instagram is mostly focused on his family and his businesses.

However, Scott did post of himself lounging poolside between Sofia and Kourtney. On Dec. 23, 2018, Scott wrote, "What more can a guy ask for. THREE’S COMPANY."

Sofia shared a photo of the couple in Las Vegas on Aug. 25 with the caption "My angel." On May 27, Sofia shared a series of photos from Scott's birthday party, which also included Kourtney and Kylie Jenner. Along with the pictures, she wrote, "Best night celebrating you @letthelordbewithyou, an amazing soul. we all love you very much."

While Scott has been pretty tight-lipped about his relationship with Sofia, he does appear more open discussing it in upcoming episodes, in not one, but both, of the reality TV shows he is a part of.

More like this
Everything To Know About 'RHONJ' Season 13
By Brad Witter and Jake Viswanath
All The Celebrity Relatives Revealed On 'Claim To Fame' So Far
By Brad Witter
Ashton Kutcher Opens Up About His Battle With Rare Autoimmune Disorder
By Radhika Menon
Move Over, 'Sunset'! The Drama-Filled Trailer For 'Selling The OC' Is Here
By Nola Ojomu
Get Even More From Bustle — Sign Up For The Newsletter