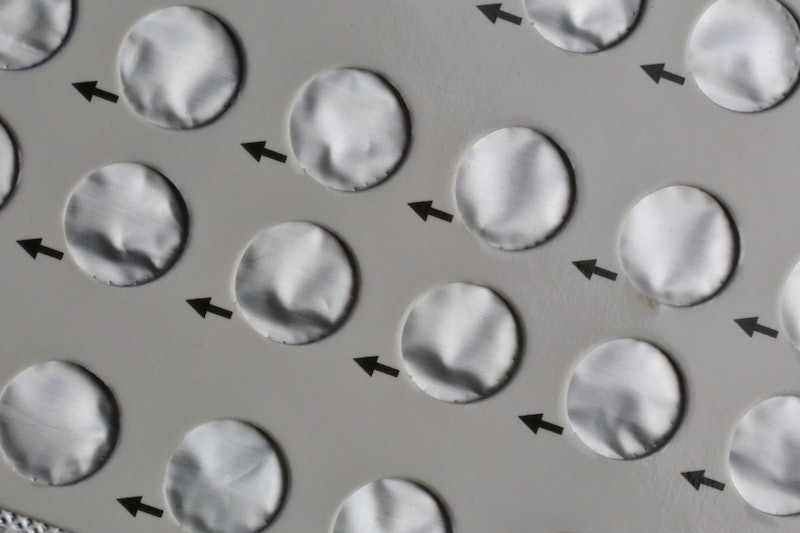 On May 6, the Supreme Court heard oral arguments on the Affordable Care Act (ACA) rule that guarantees no-cost birth control. Under the ACA, birth control counts as preventative care, and people are guaranteed coverage under employer-sponsored health insurance, even if their employer is religiously affiliated and objects to paying for contraception. (In that case, the insurer, not the employer, covers the cost, thanks to an Obama admin rule.) But in October 2017, the Trump administration changed the rules so that any employer, not just religiously affiliated institutions, can deny coverage based on religious or moral objections, and that private insurers don’t have to step in to pay for it.

The Supreme Court’s ruling on Trump v. Pennsylvania and Little Sisters of the Poor v. Pennsylvania won’t come down immediately. But as Justice Sonia Sotomayor noted during oral arguments, the impact of this case could extend far beyond birth control coverage: “Assume that the government tomorrow passes a law that says every insurance company must reimburse every policyholder they have for a COVID-19 vaccine,” the Justice said. “Can an employer object to paying for that policy?” If the court decides to uphold Trump’s rule change on birth control, that could mean that employers could be within their rights to not cover vaccines, COVID-19 treatment, or any other preventative care based on not only religious beliefs, but their “moral” beliefs, a term that can be very loosely interpreted. Workers would then have to decide if they can afford this care on their own or not.

“There are folks who are already opposed to vaccines that exist, and potentially, if they owned a business, would say, ‘No, we would not cover these,’” says Mara Gandal-Powers, J.D., Director of Birth Control Access and Senior Counsel for Reproductive Rights and Health at the National Women’s Law Center (NWLC). “And that has real implications for those who can’t get the vaccine, and then the public health and safety of everyone. This is about herd immunity.”

If you have a moral opposition to unmarried women having children, does that mean your plan doesn’t cover pregnancy coverage?

The American Academy of Pediatrics (AAP) presented an amicus brief to the court to this effect, pointing out that the regular course of childhood vaccines prevent “an estimated 33,000 deaths and 14 million cases of disease for the children born in the United States in a single year.” Vaccines are critical for public health, ensuring the safety of those who cannot receive them because of medical complications, like seizure disorders, allergies, pregnancy, or certain kinds of immunodeficiencies.

“Pediatricians are concerned by the dangerous precedent this case could set, potentially allowing employers to opt out of providing no-cost coverage for vaccinations to employees and their families based on religious or moral objection,” American Academy of Pediatrics president Dr. Sally Goza, M.D., F.A.A.P., tells Bustle. “Especially during a global health pandemic, vaccines are one of the most effective ways we can keep children safe and healthy. As parts of the country prepare to re-open and as schools prepare to soon do the same, we must do all we can to prevent a vaccine-preventable disease outbreak in the midst of the ongoing coronavirus crisis.”

If implemented, the rule could make other kinds of discrimination fair game. “If the court upholds the Trump administration rule, it could open the door to ‘religious freedom’ being used to discriminate not only against women, but against many groups that have historically been marginalized in health care, in public life, and more — particularly LGBTQ people,” says Louise Melling, deputy legal director of the American Civil Liberties Union (ACLU).

The implications don’t end there. Because of the moral exemption part of the Trump administration rule, an employer could have a lot of leeway to decide what kinds of care they’ll cover. According to the rule, a moral conviction is one that an “individual deeply and sincerely holds” that is “purely ethical or moral.” This vagueness leaves a lot of room for interpretation.

“If you have a moral opposition to unmarried women having children, does that mean your plan doesn’t cover pregnancy coverage? Where does it end?” Gandal-Powers asks. “The answer is, potentially, that it doesn’t — and that’s incredibly troublesome.”