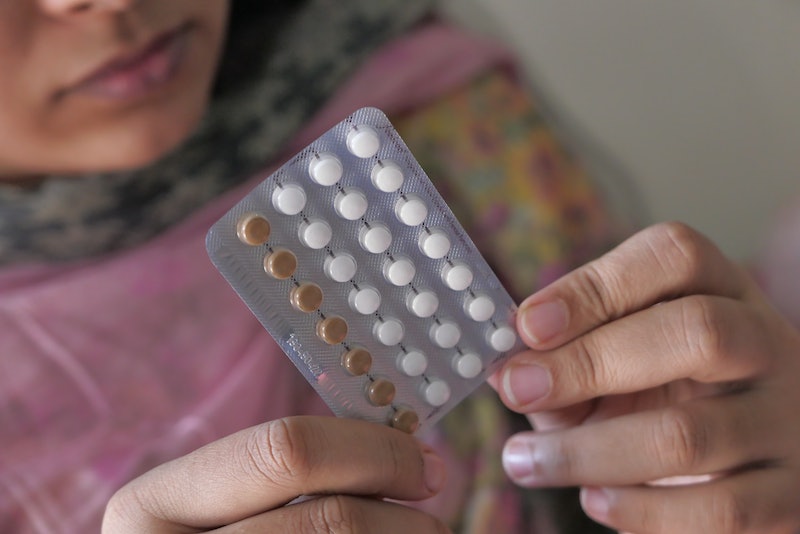 In the nation's highest court, the question of whether employers have the right to deny employees access to contraceptive care is about to be deliberated. On Jan. 17, the United States Supreme Court announced that it will hear the cases Trump v. Pennsylvania and Little Sisters of the Poor Saints Peter and Paul Home v. Pennsylvania, Vox reported, both of which have important implications for reproductive rights. The main issue in both of these cases will be asking the Court to consider whether the Trump administration had the right to make a rule saying that any employer can refuse to provide birth control coverage to their employees.

The Court will consolidate the cases, meaning that oral arguments will be condensed and the ruling will deal with both cases in a single action. The scope of the cases may create a buffer between the potential ruling and its impact on birth control access. This is because the Pennsylvania cases are specifically focused on the Trump administration's 2017 introduction of broad exemptions that allow employers to deny birth control coverage to employees on the basis of religious or "moral" objections. This rule is seemingly in conflict with the Affordable Care Act's provision that employers must provide preventative reproductive healthcare coverage to employees. Even if the Court rules that religious beliefs take precedence over providing health coverage, the decision might wind up being limited to the idea that "yes, the Trump administration was allowed to make this rule" rather than, "yes, religious exemptions are broad and here to stay."

Planned Parenthood reported at the time of the original rule that upwards of 62 million women nationwide are insured through their employer, so the risk to people who need reproductive health care is exceptionally widespread. Purchasing contraception without insurance can be cost-prohibitive, especially for low-income workers. This ruling could impact the healthcare of tens of millions of people currently insured through their employer.

At the beginning of 2020, the research and policy organization the Guttmacher Institute released a series of state-by-state reports to help you figure out the status of reproductive health laws and birth control access in your state. Even ahead of any federal decisions, this knowledge can be helpful as you navigate your reproductive healthcare options. Waiting to see what the Court decides can be a painful process, but that seems to be what's in store for the immediate future of national reproductive rights.

More like this
5 Ways To Stand In Solidarity With Women In America From The UK
By Sophie McEvoy
How To Fight For Reproductive Rights, Based On How Much Time You Have
By Courtney Young
The UK Abortion Laws In 2022, Explained
By Sophie McEvoy
So You're Having A Medication Abortion
By Dana Smith
Get Even More From Bustle — Sign Up For The Newsletter