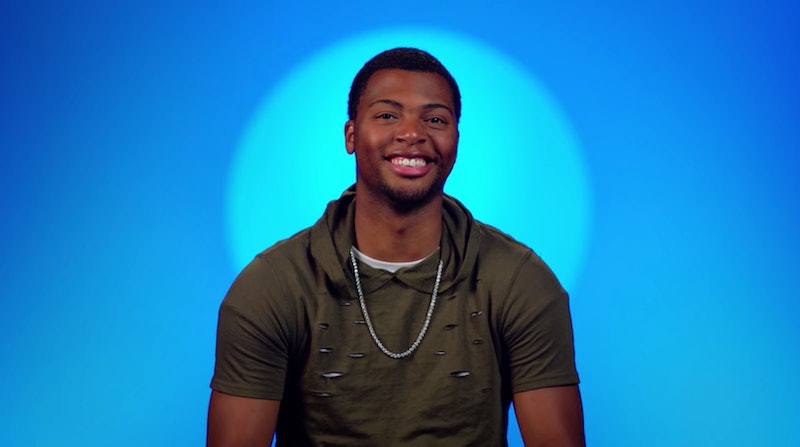 Netflix's experimental social media-based reality game show The Circle concluded its first season on January 1, so now fans of the series are turning to social media to see what their favorite contestants are up to. And in the case of Seaburn Williams' Instagram page, fans will probably be happy to know that they are very well represented.

If you're familiar with Netflix's The Circle, then you'll no doubt remember Williams for the unorthodox way in which he played the game. Rather than being himself or slightly embellishing details about his life, Williams posed as a completely different person while competing for the show's $100,000 prize. Specifically, he pretended to be his real-life girlfriend, Rebecca, using her photos instead of his own and speaking to his fellow contestants as if he were her. So given Williams' clear affinity for his main squeeze, it's no surprise that Rebecca also shows up quite a bit on his Instagram account. Williams' bio even includes a link to Rebecca's profile, sandwiched in between a link to his Cameo profile and his representation's email address. Now that's love.

There are also, of course, various photos and videos of the Netflix-famous Rebecca shared throughout Williams' feed, including a recent video of her riding a mechanical bull as Williams cheers her on.

Williams' recent Instagram posts can more or less be divided into four categories: Posts relating to Rebecca, posts promoting and/or talking about The Circle and his fellow contestants, posts where he just goofs off, and posts where he shares fan posts. When it comes to the latter, Williams doesn't skimp, and it's pretty obvious that he truly appreciates his fans. In one post, he shares a music video made by a fan that remixes some of his best moments from The Circle. In another, Williams shares a wallpaper someone made with images of him. And in a ton of posts, Williams shares memes made by fans relating to his performance on the show. The memes typically deal with his posing as Rebecca, especially his general cluelessness about menstrual cramps. Also, for what it's worth, many of these memes have to do with Spongebob Squarepants.

Fans of Williams generally seem to like him because of his fun personality and silly sense of humor, and he showcases both on Instagram. From pretending to be a Game of Thrones character to singing and dancing while wearing a wig to pretending to be a rich guy in a faux fur coat at a Forever 21, there is no shortage of posts where Williams just goofs off.

But if you take a deep dive into Williams' profile picture, you'll see a big change from his time before The Circle to after. Before landing the role that made him famous, Williams' posts were far more serious. There are loads of modeling shots with ambiguously philosophical captions like, "The one who want it will achieve it the one who doesn't won't but I will always eat." It seems like he thought he had to act a certain way in order to get the fame he desired, but now that he's achieved said fame, he feels free to be himself.

More like this
David Schwimmer & Gemma Collins Join 'Celeb Bake Off' & Twitter Can't Cope
By Sam Ramsden
Twitter Has Renamed Ekin-Su After *That* 'Dancing On Ice' Performance
By Sophie McEvoy
This Pre-'Love Island' Video Of Olivia & Zara Together Changes Everything
By Bustle UK
Love Is Blind’s Natalie Claims Shayne Signed Up For 'Perfect Match' While They Were “Still Together”
By Brad Witter
Get Even More From Bustle — Sign Up For The Newsletter
From hair trends to relationship advice, our daily newsletter has everything you need to sound like a person who’s on TikTok, even if you aren’t.