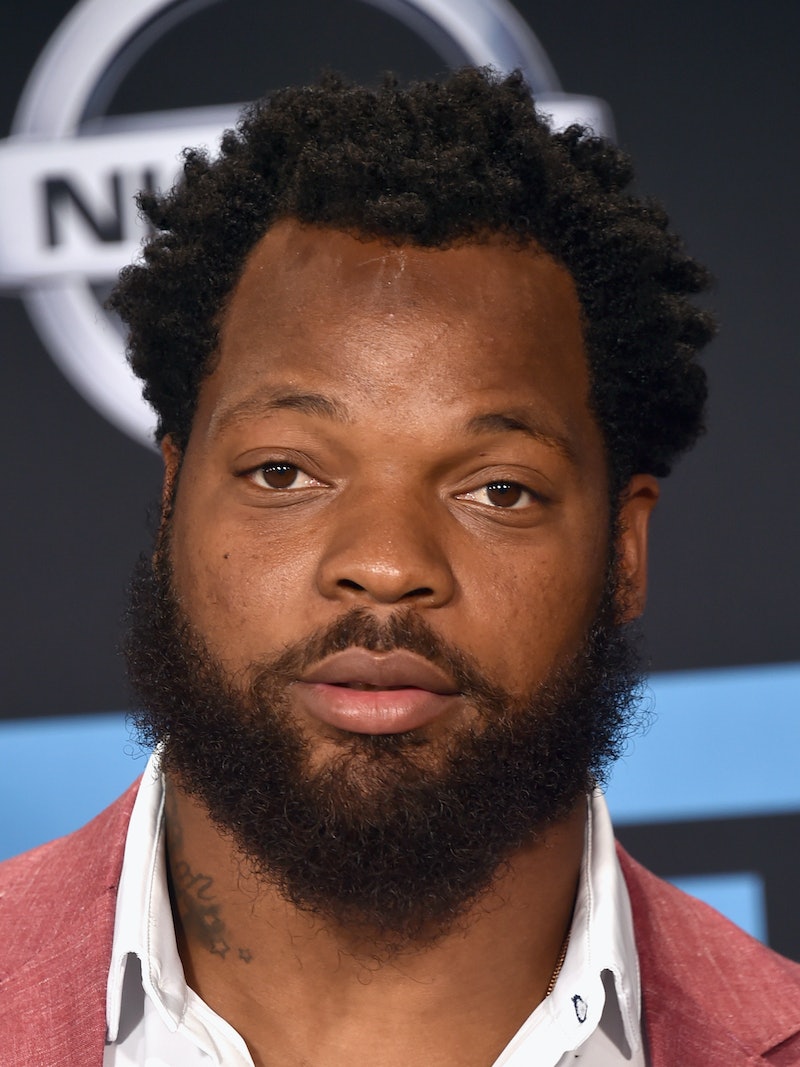 Activist and Seattle Seahawks defensive end Michael Bennett is writing a book about Things That Make White People Uncomfortable, but it's going to be about more than well-seasoned food and NFL players who kneel for the national anthem. Co-written with The Nation sports editor Dave Zirin, Things That Make White People Uncomfortable "will include chapters on Black Lives Matter, intersectionality, the need for athletes to organize, and the National Football League," and one "chapter will focus on Bennett's daughters and the importance of uplifting women," according to The Stranger.

Bennett has been a vocal supporter of the Black Lives Matter movement, and of former San Francisco 49ers quarterback Colin Kaepernick. As Zirin noted in a short series of Friday tweets, Bennett may be taking a personal risk in publishing Things That Make White People Uncomfortable. The NFL "is not a meritocracy," he wrote. "They don't put the best players on the field, if those players actually have something to say about this world."

On Saturday, Bennett will host a benefit for the family of Charleena Lyles, a woman killed by Seattle police in June. The benefit will include speeches from BLM co-founder Patrisse Cullors and singer-songwriter Kimya Dawson.

Things That Make White People Uncomfortable is currently slated for release in Spring 2018.

More like this
The David Beckham Qatar Controversy, Explained
By Sophie McEvoy
MOBO Awards Found Kanya King On The Woman Whose Grit & Determination Spur Her On
By Kanya King
Amanda Gorman Shared A Powerful Message On Meghan Markle’s Penultimate Podcast
By Darshita Goyal
The 'Firefly Lane' Book Ending Teases Way More Tears To Come In 2023
By K.W. Colyard
Get Even More From Bustle — Sign Up For The Newsletter