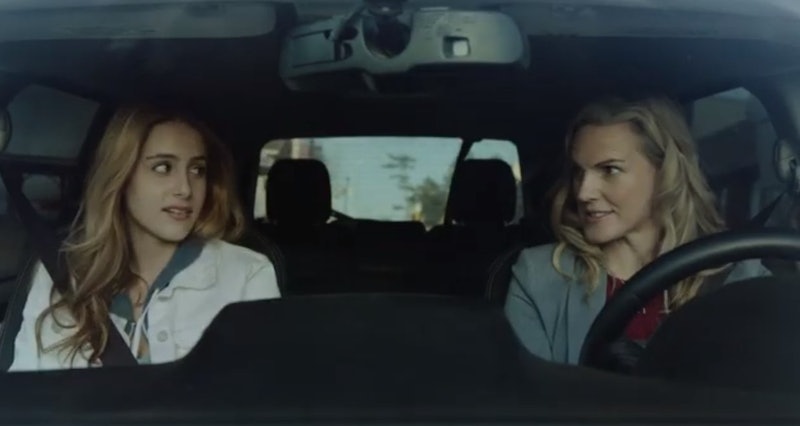 Though Lifetime's newest original movie, Secrets in a Small Town, is technically based on a true story, exactly which story is an even bigger mystery than the plot. The official description says the film is "inspired by a true story," but doesn't provide any further details, and an internet deep dive doesn't yield any more answers. It's possible that Secrets in a Small Town takes elements from several real-life incidents and dramatizes them for television, or that the network has a private reason for not revealing the actual case.

Secrets in a Small Town originally premiered in March at Canadian Film Fest, under the title Nowhere, before making its way to Lifetime. It stars Kate Drummond as Claire, a recently widowed woman who relocates to a small town with her teenage daughter Sarah. However, things taken a turn for the worst when Sarah disappears after her basketball tryouts. The police tell Claire that the case is basically a dead-end, forcing her to take matters into her own hands. She starts to question several people in the town, including the girls' basketball coach, and ends up uncovering a series of dark secrets to reveal the truth about her daughter's disappearance.

In the trailer, Claire and Sarah arrive in their new home. Sarah quickly acclimates to the town, makes her school's top-tier basketball team, and asks her mom to go to a team initiation party one night. Claire reluctantly agrees under the condition that her daughter makes curfew. The next day, Claire is shocked to find Sarah missing from her bedroom and immediately goes to question her teammates, who claim they haven't seen her. The worried mom then turns to the police and is shocked when the chief doesn't want to question the basketball team because they are the 'gold standard" of their town.

They tell Claire that she's upsetting the townspeople by insinuating the basketball team was somehow involved in Sarah's disappearance. Later on, Claire convinces the basketball coach, players, and other locals to mount a search party to find Sarah. The situation turns dangerous when Claire finds a hazing videotape and a cabin where her daughter may have been held. The clip ends with Claire physically confronting the coach as she buries something in the woods.

There are several real-life cases that loosely mirror this tragic case. For example, KHOU 11 reported that 19-year-old cheerleader Natasha Atchley was found burned and dead in the trunk of her car in 1992 after going to a party in the small town of Shepherd, Texas. At first, the case seemed like it would be solved with a witness coming forward about two people who allegedly beat her up at the party, but that person later changed their story. Since then, the case has remained unsolved, even though Atchley's family told KHOU 11 that they believe there are people refusing to share details that could help solve the case.

In 2011, the New York Times also reported on the continued search for Joseph Helt, who disappeared in 1987 when he was just 17 years old. Helt hung out with a few friends at a part and seemingly vanished into the night. During a 2011 candlelight vigil, several posters of him were torn down by an unknown person, causing Helt's former classmates and friends to believe that someone in their small New York town knew more than they were letting on about his unsolved case.

Hopefully, this real-life inspired Lifetime film will end with a happier resolution. Watch Secrets in a Small Town on April 13 at 8 p.m. ET.

More like this
The 'Spiderhead' Movie Ending Is Nothing Like The Short Story It’s Based On
By Morgan Leigh Davies
What’s New On Netflix: 'Stranger Things' & 'Mean Girls'
By Arya Roshanian
Anya Taylor-Joy Might Be Engaged To Her Musician Beau
By Jack Irvin and Sophie McEvoy
Here’s Everything Coming To & Leaving Netflix In July
By Grace Wehniainen
Get Even More From Bustle — Sign Up For The Newsletter