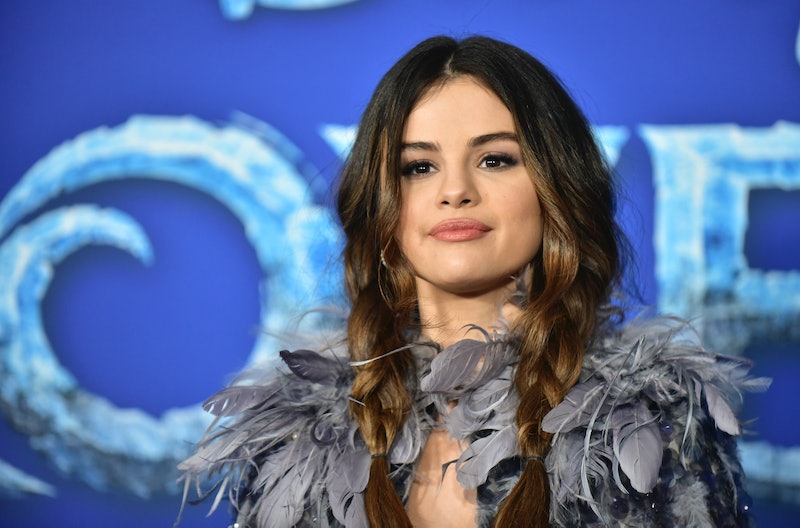 Despite being one of the most-followed people on Instagram, Selena Gomez doesn't spend a lot of time on social media these days. During a recent conversation with Raquelle Stevens on her podcast, Giving Back Generation, Selena Gomez said being body-shamed inspired her to take a social media break, as she says the attacks on her weight "messed me up."

The singer sat down with Stevens, a longtime friend, for the most recent episode of her "Vodcast" and opened up about dealing with her health issues in the public eye. "I experienced [body-shaming] with my weight fluctuation for the first time," Gomez said, referencing the attacks she's received from trolls over the years due to her weight. "I have lupus and deal with kidney issues and high blood pressure, so I deal with a lot of health issues, and for me that’s when I really started noticing more of the body image stuff." She added that due to her various health-related issues, her weigh fluctuates "depend[ing] on even the month," which people began pointing out online when Gomez would share photos of herself in a bathing suit.

"For me I really noticed [the change] when people started attacking me for that," Gomez said, adding that being judged on her body "got to me big time" and "really messed me up for a bit."

As a result, Gomez decided to take a step back from social media and share less of herself on Instagram, in order to better protect her mental health. "I'm very happy with living my life and being present," she explained. "I don't care to expose myself to everyone and hear what they have to say."

This is far from the first time that Gomez has opened up about the negative impact that social media has had on her self-esteem and mental health. Back in April, during an episode of Coach's Dream It Loud podcast, the singer explained how unhealthy social media can be. "I noticed with me, I got kind of depressed looking at these people who look beautiful and amazing, and it would just get me down a lot," she said.

She continued, offering some advice to her fans who might feel overwhelmed by social media. "Taking breaks is really important. Just know that most of it isn’t real," she said. "And I hate to say that, I don’t mean to be rude, but it’s very unrealistic in a lot of ways."