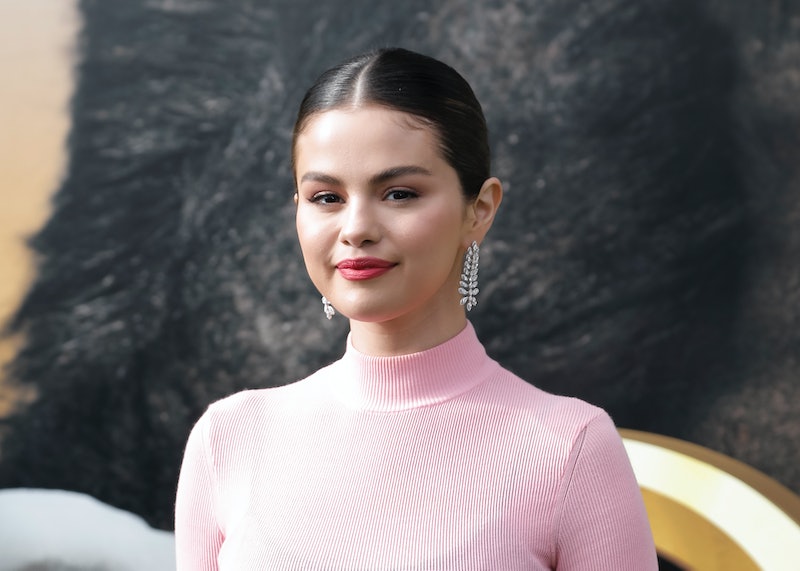 Selena Gomez announced her beauty brand, Rare Beauty, earlier this year, but until recently there hadn't been many updates. Now, in an interview with Interview Magazine, Gomez revealed her line will launch with 48 shades of foundation and concealer.

In a chat with Amy Schumer, the "Lose You To Love Me" singer told the comedian that the line will feature not only four dozen shades of foundation and concealer, but that the idea behind the company was to make people feel "safe" when experimenting with beauty products. She also said the brand is "very clean and easy," and that Rare is meant to start a conversation about how to feel good about yourself — whether or not you're using products.

Details on the specific shades haven't been released, but the news hints at a continuation of what some have dubbed the Fenty Effect. In September 2017, Rihanna's eponymous beauty brand dropped a range of 40 foundations in a buzzy, inclusive debut. Since Fenty's launch and the overwhelmingly positive reactions to the brand's inclusivity, other companies, like ColourPop, have followed suit.

Gomez also mentions using "real people" in her campaigns to alleviate the pressure she believes her generation feels to look a certain way. This isn't the first time she's talked about how Rare Beauty will be marketed: Back in February, Gomez announced her #WeAreRare community call, an invitation to submit a video explaining why you're rare. Of the videos, 50 people would be chosen to participate in the brand's first campaign.

Gomez's Rare Beauty is slated to launch in summer 2020.