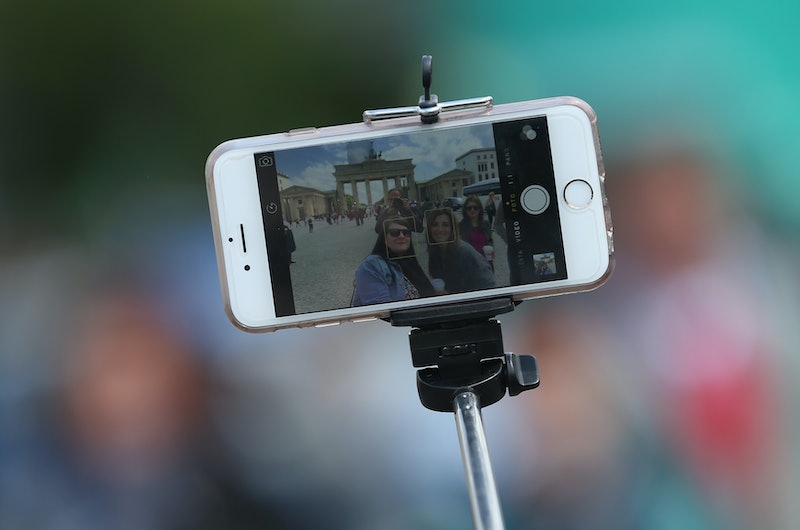 Studies have shown that people may not actually know what we look like, and surprisingly, selfies may actually be making it even more difficult for us to accurately perceive our own features, according to a new research letter published Mar. 1 in the journal JAMA Facial Plastic Surgery. According to the plastic surgeons behind the paper, what we see in selfies — even without edits and Instagram filters — can be deceiving, and that discrepancy may be causing people to get plastic surgery in an effort to fix a "problem" that doesn't actually exist.

Boris Paskhover, a facial plastic surgeon at Rutgers New Jersey Medical School and one of the authors of the research letter, told Vox that patients have been coming into his plastic surgery clinic "demanding nose jobs because they thought their noses looked too big in their selfies."

Julia Belluz, writing for Vox, added that Paskhover isn't the first plastic surgeon to see an influx in folks unhappy with their selfies; in a 2017 poll conducted by the American Academy of Facial Plastic and Reconstructive Surgeons, "55 percent of facial plastic surgeons reported seeing patients who wanted surgeries to help them look better in selfies, up from 13 percent in 2016," Belluz wrote.

We know people look different in photos, and that many of those differences are dependent upon things like the angle of the shot and the photographer's distance from their subject. It may be easy to assume that if you're taking a selfie close to your face, you'll get an accurate representation, but the results are actually opposite, Paskhover told The Guardian.

"If the camera point is closer to something that projects out, like your nose, it is going to make everything that is closer to that camera look bigger compared to the rest of the face," Paskhover told The Guardian. To Vox, he added, "Your nose doesn’t look big — there’s distortion when you keep a camera close to your face." So, essentially: No, your nose isn't out of proportion with your face the way you think it is. Your nose just happens, thanks to physics, to be closer to your lens when you're snapping selfies.

To explore this phenomenon, Paskhover and his colleagues "set out to quantify selfie distortion using a mathematical model that takes into account how the distance between a person’s face and a camera lens can change their facial features in a photo," Vox reported.

The results showed that selfies taken from 12 inches away make our noses look 30 percent larger than they actually are. And on top of that, "the tip of the nose also appears 7 [percent] bigger, compared to the rest of the nose, than it is in reality," according to The Guardian.

For those concerned about how your selfies may be affecting your self-image, this research is important to remember that a selfie doesn't always reflect reality. Paskhover and his colleagues' research also revealed that if you want to snap a photo of yourself with accurate proportions, you should take one from five feet away, The Guardian reported. So even using a selfie stick isn't quite going to be the cure-all for this perspective issue.

Paskhover told Vox that getting nose jobs is actually more common in younger folks than in older. He added that "for years" he has seen patients worrying about nose size, but that he wants the information from his research letter to reach even people who aren't considering surgery. "Kids need to know that is not what you look like: you look great, don't worry about that," Paskhover told Vox. "The selfie is kind of like a fun-house mirror." It's important to remember that what someone looks like in a selfie isn't necessarily a reflection of what they look like IRL.