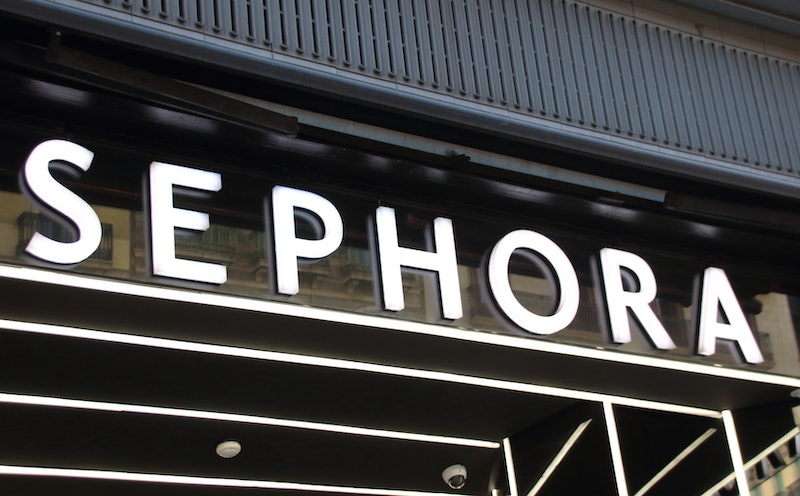 The VIB event may be one of Sephora's most major sale events of the year, but don't count out Sephora's Black Friday sale. The annual shopping holiday is just around the corner, and the beauty retailer has started to announce its biggest deals in 2019. The good news? There's more than enough to go around, and Sephora is just getting started.

On Nov. 21, Sephora launched its Black Friday preview exclusively on the Sephora app. The first round of discount announcements features gifts for just $15 and some massive price cuts on cult classic goodies. The initial look for the post-Thanksgiving day of deals will need to be viewed in the app before you can add them to your to-shop list. Unfortunately, though, there's no head start on shopping the items. While you can see the deals in the app, you can't click to purchase quite yet.

Despite this, the preview gives fans an idea of what's coming, and some of it is discounted by more than 50%. One of the first items that'll be up for grabs during Sephora's Black Friday is the Benefit Cosmetics BIG Glam Deal Mascara & Brow Gel Set which features a full size They're Real mascara as well as a full size Gimme Brow. The usual cost? $49. The Black Friday cost? Just $15.

If you're seeking skin care during your Black Friday foray into Sephora, the retailer is offering major deals there as well. First Aid Beauty's Ultra Repair Cream Intense Hydration, which usually retails for $40 will be discounted to just $15 once Black Friday rolls around. Another skin care favorite that's taken a major plunge in price is Philosophy's Purity Made Simple Cleanser. The gentle wash has also been reduced to just $15.

2019 isn't the first year that Sephora has kept the majority of its deals under (gift)wraps. Last year, the brand ran the same promotion that fans are getting now: a list of deals featuring sets and individual items that'll be slashed to $15 or below and available on the app. Everything else, including Sephora's Black Friday hours, remain a mystery.

While Sephora shoppers don't know everything that'll be offered during the discount event, the preview is enough to see that whatever it is will be major.