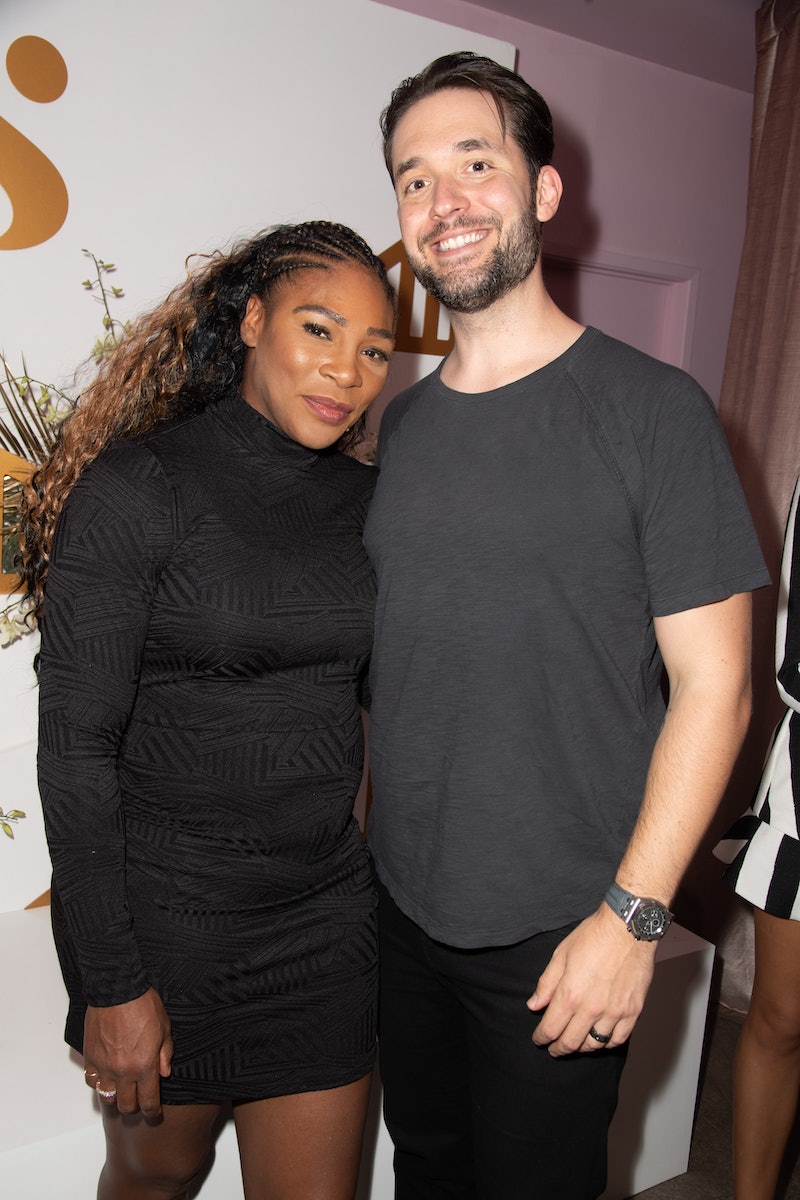 On Saturday, Nov. 16, tennis pro Serena Williams celebrated her two-year wedding anniversary with Alexis Ohanian. In order to commemorate the special day, Williams shared a throwback wedding photo with Ohanian on Instagram, in which the couple can be seen smiling on the dance floor.

Williams wrote, "2 years and counting...@alexisohanian is still putting up with me." The tennis star also posted a slideshow of photos with Ohanian on Instagram, which included pictures from silly moments shared as a couple and in their family life. Williams included another sweet message in the caption, writing, "2 years and counting happy anniversary my love."

Ohanian posted a photo with Williams to celebrate their 2-year anniversary on Instagram as well, writing, "Celebrating 2 years with my ride or die @serenawilliams always ready for the next black tie event ... Or Netflix & Chill night in." The couple's friends shared their love in the comments, with Gabrielle Union writing, "Happy Anniversary!!!" and Colton Haynes commenting with kiss emojis.

In Nov. of 2017, Ohanian and Williams wed in a private ceremony at the Contemporary Arts Center in New Orleans, according to Vogue. The two chose the date, Nov. 17, because it was the date Ohanian's mother passed away nine-years before, and the Louisiana city because it is a favorite of the couple. Williams chose the venue due to her love of art.

Williams revealed her anniversary plans on Saturday, which included a trip to try the viral Popeyes sandwich with Ohanian for the first time, as per People. She wrote on her Story, "I did not want to try it. But it's my anniversary."

It's been an eventful few years for Ohanian, who is a co-founder of Reddit, and Williams, who is one of the most accomplished athletes in history. The two met while eating breakfast at the same hotel in Rome back in 2015, as per Vogue. Williams was in town for the Italian Open, and Ohanian was attending an unrelated conference.

When Ohanian proposed to Williams in December of 2016, it was in the same spot he couple first met, according to Refinery 29. In March of 2017, the tennis icon posted a photo from the proposal on Instagram, writing, "#tbt to 'the day.'" ‌In Sept. of 2017, Ohanian and Williams welcomed their daughter, Alexis Olympia, as per E! News.