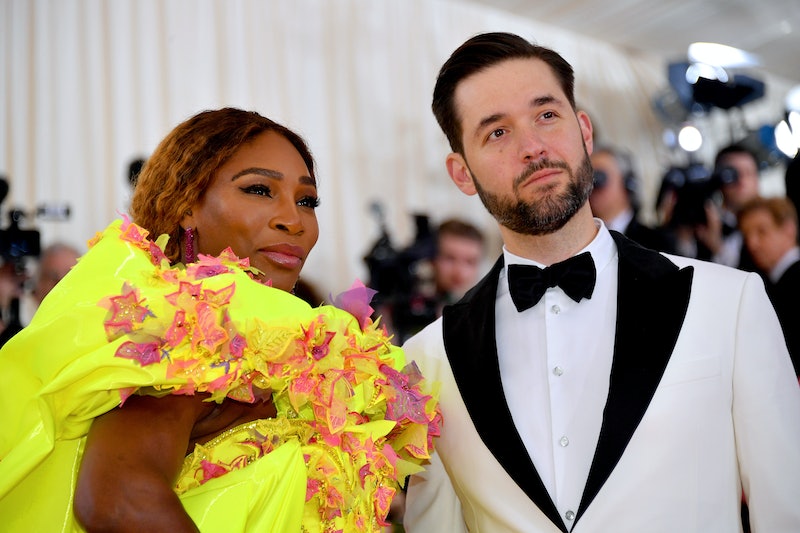 Shortly after her husband announced his plan to make space for more diverse voices at the Internet giant, Serena Williams said she's "proud" of Alexis Ohanian's decision to resign from Reddit, adding their their 2-year-old daughter, Olympia, would be supportive of the move as well. The entrepreneur — who tied the knot with Williams in 2017 — said his decision was "long overdue" in an Instagram video and post announcing his departure.

"15 years ago I co-founded Reddit as a place for people to find community and a sense of belonging," Ohanian said in the video. "It is long overdue to do the right thing. I'm doing this for me, for my family, and for my country. I'm saying this as a father who needs to be able to answer his Black daughter when she asks, 'What did you do?'"

Ohanian then revealed that he has "resigned as a member of the Reddit board," and "have urged them to fill my seat with a Black candidate." The entrepreneur also promised to use any money he makes from his Reddit stock "to serve the Black community, chiefly to curb racial hate." In addition, Ohanian pledged $1 million to Colin Kaepernick's Know Your Rights Camp, which works to educate and empower black and brown communities around the country.

Ohanian ended his post by explaining that "I believe resignation can actually be an act of leadership from people in power right now," and he encouraged "everyone fighting to fix our broken nation, do not stop" fighting and working for change.

Williams shared Ohanian's announcement on Twitter, and praised her husband for doing his part to enact change and amplify Black voices however he can. "Having diverse views on any boards is important," the tennis champion wrote. "[I'm] so proud of you Alexis. I know Olympia will be too." She also praised Ohanian on her Instagram account, writing that, "it’s never easy to walk away from something you helped create. But doing something to catalyze change is never easy."

The couple have long been openly supportive of one another on social media; in 2018, Ohanian shared a video praising Williams' return to the tennis court for the U.S. Open after a difficult birth and maternity leave. "She fought for her life, for our child, for recognition, for equal pay, for women’s rights," Ohanian captioned the emotional video. "She never gives up. She’s passionate and unrelenting and the most inspiring person I know."

Around the same time, he also shared a video of himself meeting several of Williams' fans on the streets of New York City, and passed along their messages of support for the tennis great. "Usually people pitch me their startup when they spot me out in the wild," Ohanian captioned the post. "This last week, they all want me to pass along a message to my wife. Can't say I hate it." Clearly Williams and Ohanian are always on each other's side — especially when their decisions help lead to major, systemic change.

More like this
8 Charities To Donate To During Black History Month
By Alexis Morillo
Why We Love Investigating Friendship Breakups
By Carolyn Steber
"Lavender Haze" Star Laith Ashley Breaks Down Filming With Taylor Swift
By Jake Viswanath
Ozzie’s Coming Out Scene With Kitty On 'That ’90s Show' Has Twitter Sobbing
By Brad Witter
Get Even More From Bustle — Sign Up For The Newsletter
From hair trends to relationship advice, our daily newsletter has everything you need to sound like a person who’s on TikTok, even if you aren’t.