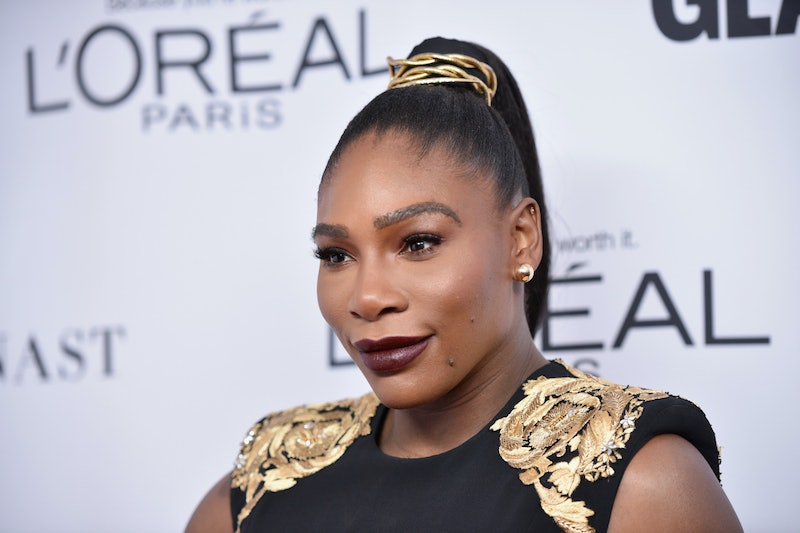 In a recent interview with BBC Sport, America's top tennis player sounded off on an issue close to her heart. Serena Williams criticized doctors for failing black women when they seek medical treatment, and urged women to "be comfortable with having uncomfortable conversations" with their health care providers.

"Doctors aren't listening to us, just to be quite frank," Williams said. "We're dying, three times more likely. And knowing that, going in, some doctors [are] not caring as much for us, is heartbreaking.

It's not the first time she's gone public about the lacking health care that black women receive. In February, Williams penned an op-ed for CNN revealing how she "almost died" while delivering her baby girl, Alexis Olympia. She also talked about her difficult post-birth condition last year in an interview with Vogue magazine. The interview garnered national attention as Williams detailed how she was not heard, at first, by the medical team caring for her after she gave birth.

After delivering her daughter, Williams recalled that she was worried about her history of blood clots. She said that she asked a nurse to conduct a CT scan and use an agent to thin a possible blood clot. Instead, she ended up getting an ultrasound for her legs. Williams told Vogue, "I was like, a Doppler? I told you, I need a CT scan and a heparin drip." After eventually getting a CT scan, the doctor told Williams that there were indeed blood clots in her lungs.

In her interview with BBC Sport, Williams pointed out that her affluence served no protection for her at the time. "Because of what I went through, it would be really difficult if I didn't have the health care that I had. To imagine all the other women who do go through that without the same health care, without the same response, is again upsetting," she said, adding that "a lot of African Americans and black people" aren't afforded the kind of quality health care that she had.

Reports have underscored how black women are treated differently when seeking medical treatment. In a February report by Vice, six black women talked about how they felt unheard in front of their doctors and had to advocate for themselves. One of the women, Patrina Powell-Gourdet, said,

I switched doctors because my first experience delivering didn’t seem to include me. There was no plan or discussion. I wasn’t informed about things. I felt hushed. Like I kept getting shut down and dismissed.

Medical negligence against black women is a problem that transcends class, social power, income brackets, and educational degrees, according to the report. And Williams' disturbing post-birth story in Vogue elicited outcry from observers. Twitter user Leslie Mac wrote that if Williams' powerful status as a tennis legend couldn't shield her from post-birth complications, then it must be even more distressing for minority women who do not have the social and monetary power that Williams does. Mac asked, "What do you think happens to poor, immigrant black women?"

In spite of enduring such a tense post-birth experience, the tennis legend is not pessimistic about the future. While speaking with BBC Sport, Williams encouraged women to advocate for themselves. She shared the same message in her CNN op-ed from February, urging women to "make a difference for mothers and babies" around the world. "You can demand governments, businesses and health care providers do more to save these precious lives. You can donate to UNICEF and other organizations around the world working to make a difference for mothers and babies in need," Williams wrote.