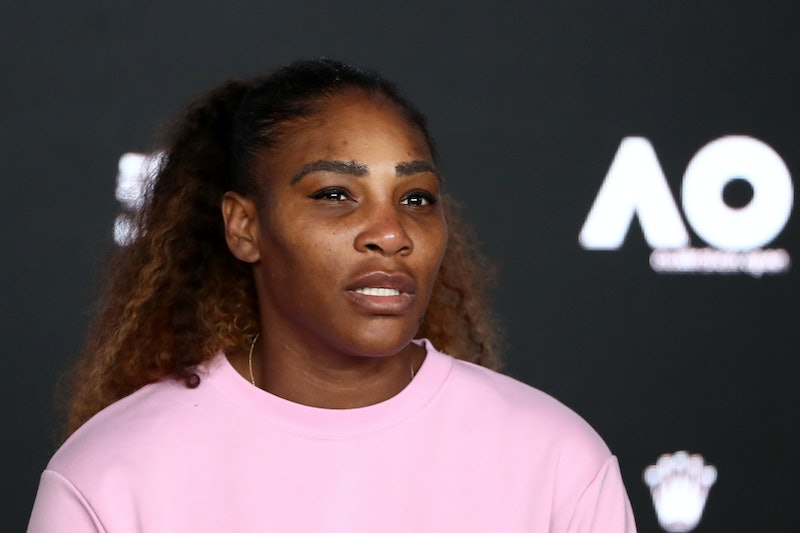 In an interview with 12-year-old activist Naomi Wadler, Serena Williams discussed gun violence and her sister's death by shooting 15 years ago. Wadler received national attention for a speech she gave at the 2018 March for Our Lives protest, and in the first episode of her new web series, she and the tennis icon talked about how gun violence in America impacts black women in particular, a subject Wadler has focused on ever since she entered the world of activism a year earlier.

"I was affected personally by gun violence," Williams said in the interview, the full version of which will be available Friday. "My sister unfortunately passed from that. People are really talking about it now, because it's happening more widespread...it's been affecting our community for years."

At 11 years old, Wadler was one of the youngest speakers at the March for Our Lives protest, the massive anti-gun violence demonstration that survivors of the deadly Parkland school shooting held in March of 2018. She received rave reviews for her speech, in which she discussed teenage black women who've been victims of gun violence and the disproportionately sparse media coverage such shootings receive.

"I am here today to acknowledge and represent the African American girls whose stories don't make the front page of every national newspaper, whose stories don't lead on the evening news," Wadler said in the speech after reading the names of three black teens killed by gun violence: Courtlin Arrington, Hadiya Pendleton, and Taiyania Thompson. "I represent the African American women who are victims of gun violence, who are simply statistics instead of vibrant, beautiful girls full of potential."

FBI statistics show that black women twice as likely to be shot by lone killers as are white women.

Wadler received widespread praise for her speech, with Lupita Nyong’o, Tessa Thompson, and Janelle Monae all applauding her on Twitter. She went on to speak at the annual Women in the World summit, the Teen Vogue summit, and the Tribeca Film Festival, at which she received a standing ovation and was given the Disruptive Innovation Award.

In 2003, Williams' sister Yetunde Price was shot and killed in Compton, California, in what was believed to have been a case of mistaken identity. The man convicted of killing Price was sentenced to 15 years in prison, but only served 12 before being released early for "good behavior" in July 2018.

Williams opened up about Price's killing and the effect it had on her in a 2009 interview with People, saying that her sister's death led to "a real dark period in [her] life."

"I went through depression," Williams said. "I never even talked about it to my mom. No one knew I was in therapy, but I was. I was so close to my sister."

Weeks after her March for Our Lives speech, Wadler appeared on DeGeneres' show to discuss her activism, so it's fitting that her new web series, DiversiTEA, will be premiere on EllenTube, DeGeneres' streaming platform. In the preview clip of the first episode, Williams said that America needs to "get comfortable with having uncomfortable conversations."

"Situations are never really gonna get better if you always avoid it," she said. "You have to take it head "