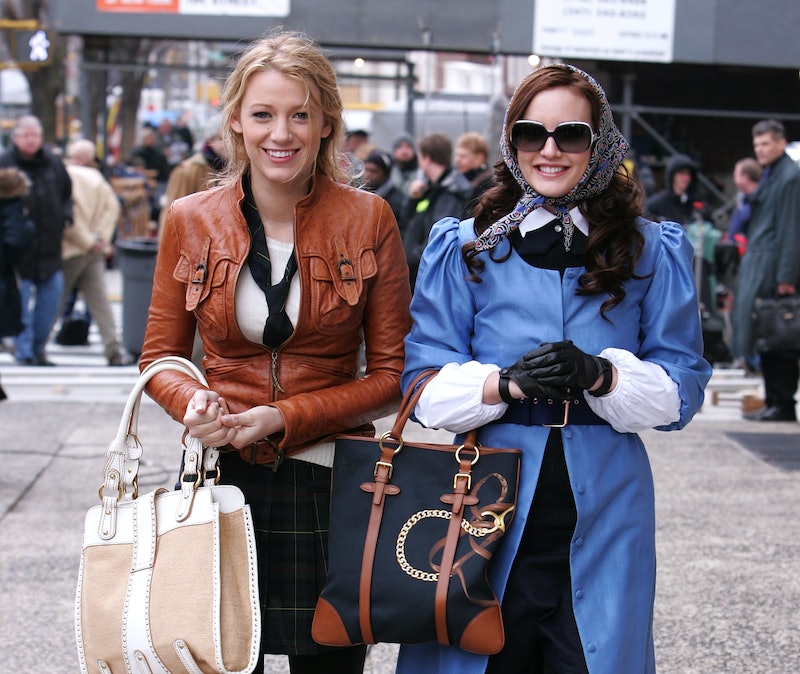 Gossip Girl first aired back in 2007, but fans have been binging the series as of late. Between the full six seasons being fully available on Netflix, the promise of a reboot headed to HBO Max later this year, there are a multitude of reasons to revisit the old favorite. The second time around, however, is a different experience for some fans. You know the lines already, you anticipate the relationship ups and downs, and you think you have all the stylish looks down-pat. Except, do you? One fan recently tweeted a major Gossip Girl wardrobe malfunction with Serena's sweatpants that no one seemed to catch the first time around. And, after seeing it now, you’re going to wonder how that was possible.

Twitter user @emmpretts shared two photos on social media last week that showed Serena in an orange dress during a scene from “Portrait Of A Lady” from the show’s sixth season. In one image, the camera pans down past her knee, showing a mini silhouette with bare legs. In the second shot, however, she seems to be wearing a pair of oversized black sweatpants to cover her aforementioned bare legs. The comment reads: “So I just be watching Gossip Girl at 3 am and I have one question.. why do Serena Van Der Woodsen be wearing sweatpants under her dress is she ok???”

The likely answer is that the actress (Blake Lively) was trying to stay warm while blocking scenes and in between filming, but it seems as though one of those shots made it into the final cut. It’s kind of a miracle that no one noticed until now, but it’s surely just the first of many gems that will be unearthed during quarantine binging. Perhaps fans will have better luck spotting wardrobe malfunctions early once the Gossip Girl reboot debuts.

More like this
15 Of Carrie Bradshaw’s Best Handbags From Sex & The City
By Dominique Norman
'Emily In Paris' Lucien Laviscount & Lucas Bravo Owned Paris Fashion Week
By El Hunt
This 'Gossip Girl' Wardrobe Error Has Gone Viral On TikTok
By Alyssa Lapid
The Biggest Fashion Moments Of Paris Couture Week 2023
By Dominique Norman
Get Even More From Bustle — Sign Up For The Newsletter
From hair trends to relationship advice, our daily newsletter has everything you need to sound like a person who’s on TikTok, even if you aren’t.