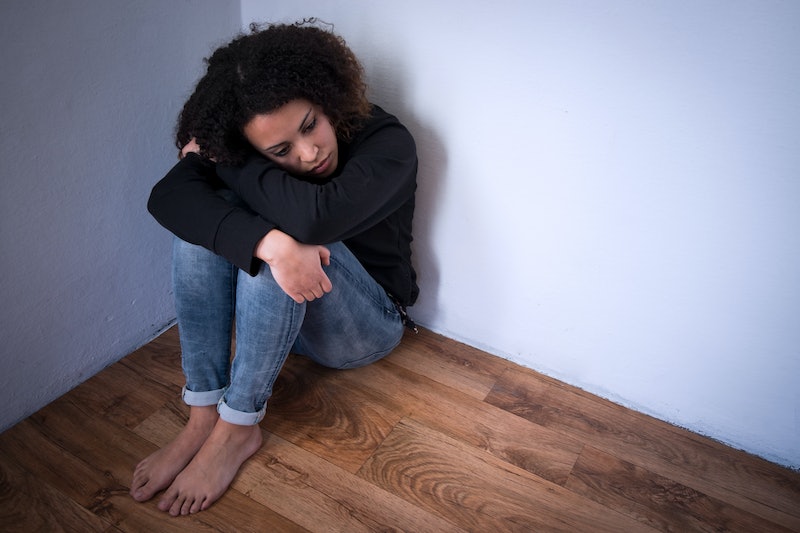 It feels so incredibly sad that sexist harassment and abuse is still a part of many people's everyday lives in 2019. With the gender pay gap, street harassment, and gender discrimination all still big issues there’s little surprise why people are still fighting for gender-based equality. Negative experiences take their toll and a recent study has found that sexism is linked to higher rates of depression in young women. Being the target of sexist behaviour can be tiring at best but the Young Women’s Trust has found that it has a direct link with your mental health.

The charity that supports vulnerable women between the ages of 18-30, the Young Women’s Trust worked alongside University College London to establish the lasting effects that sexist behaviour has on people. They found that young women who experience sexism are five times more likely to suffer from clinical depression. The report highlighted the serious impact that being attacked or threatened is having on young women in the UK and the support that needs to be in place. Speaking about the findings in a statement Young Women’s Trust Chief Executive Sophie Walker said, “this study shows a clear and damaging link between sexism and young women’s mental health. While women of all ages continue to experience sexism, this research shows that it is young women who are most affected.”

The study questioned 2995 women and girls between 16 and 93 including 1,041 16-30 year-olds. It found that this younger age group were most likely to experience sexism at school, work, on public transport, in taxis and outside of the home. They were shown to be at higher rates than other ages, with 82 percent of those who had experienced sexism saying they had been subjected to street harassment. Walker said, “what too often is dismissed as young women lacking confidence is in reality a crisis in mental health caused by a sexist society. Sexism is deeply affecting young women’s lives, their economic freedom and their health. That’s why the next Government must take urgent and concerted action to prevent yet more young women from experiencing sexual harassment and abuse, and the long-term harm this can cause.”

The young women who reported experiencing sexism said it had a lasting impact on them for up to four years, massively affecting their mental health over time. One of the women who took part in the study said, “in my personal experience, I have struggled with both stress and anxiety in part as a result of the sexism I experienced within the workplace. I dreaded going to work every morning, and it took its toll on both my mental and physical health, and I became a shell of the person I once was.”

Young Women’s Trust are calling for specialist mental health services for young women as well as increased investment in services which support women who have experienced violence. Standing up for yourself or not feeling like you can walk home alone because of the threat of violence is completely exhausting and this study highlights that it’s having a serious impact on peoples mental health.

More like this
5 Ways To Stand In Solidarity With Women In America From The UK
By Sophie McEvoy
Aesop's Queer Library Is Open
By Tomi Otekunrin
Jujubee’s Humble Reminder
By Sam Ramsden
The UK Abortion Laws In 2022, Explained
By Sophie McEvoy
Get The Very Best Of Bustle/UK