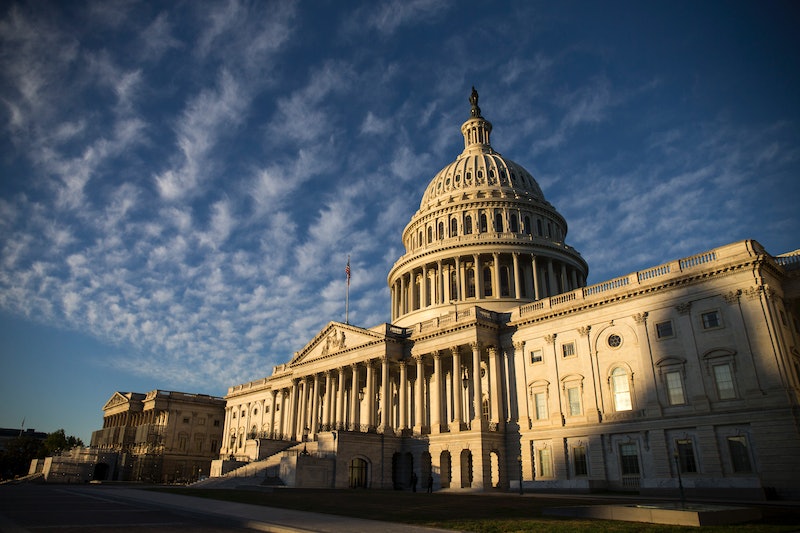 A proposal to overhaul how the legislative branch deals with internal accusation of sexual harassment has been in the works for months. But while the House and Senate respectively passed their own versions of the proposal earlier this year, there was a stalemate on negotiating some differences between the two. Lawmakers behind the initiative said on Wednesday that a deal has finally been struck, according to Politico.

Republican Sen. Roy Blunt told the political news outlet that he and Democratic Sen. Amy Klobuchar spoke to their respective caucuses on Wednesday and that they hope to pass the bill unanimously in the coming two weeks. After that, they'll send the bill over to the House. They're reportedly avoiding adding any other stipulations or attachments to the legislation in order to encourage its speedy passage.

Essentially, congressional members are looking to modernize the internal system currently in place for handling reports of sexual misconduct. Both of the bills that passed earlier this year had several things in common, according to The Daily Beast. This included provisions like requiring lawmakers who reach settlements on sexual misconduct allegations to be personally responsible for covering the costs of those agreements. Under the current law, those settlements are funded by taxpayer dollars.

The proposed legislation would also eradicate a nearly three-month waiting period currently in place, which prevents accusers from immediately taking civil action or undergoing an administrative hearing, according to multiple outlets. (Currently, after a complaint is made, there is a 30-day counseling period, a 30-day mediation period, and a 30-day “cooling off” period.)

The change in rules could potentially produce very tangible results. Over a half-dozen members of Congress have resigned in the last year, following sexual harassment or sexual misconduct allegations made against them, according to The Washington Post. And the House Administration Committee revealed earlier this year that the Treasury Department has paid out $200,000 over the past 20 years for sexual-harassment settlements, according to The Daily Beast.

Notably, one difference between the House and Senate version of the overhaul, according to Politico, was that the House's bill would have also made congresspeople personally liable for settlements related to discrimination. For the time being, discrimination settlement changes have been struck from the agreement, however Rep. Jackie Speier has said she plans to introduce legislation to deal with discrimination, as well, per Politico.

“For too long, victims of sexual harassment in Congress have been forced into a process that lacks transparency and accountability, and fails them at a time when they need the most support,” Sen. Klobuchar said in a statement about the deal. “Our bipartisan, bicameral legislation—which we expect to pass in the coming days—will overhaul this broken process, ensure victims can immediately seek justice, and hold Members of Congress accountable."