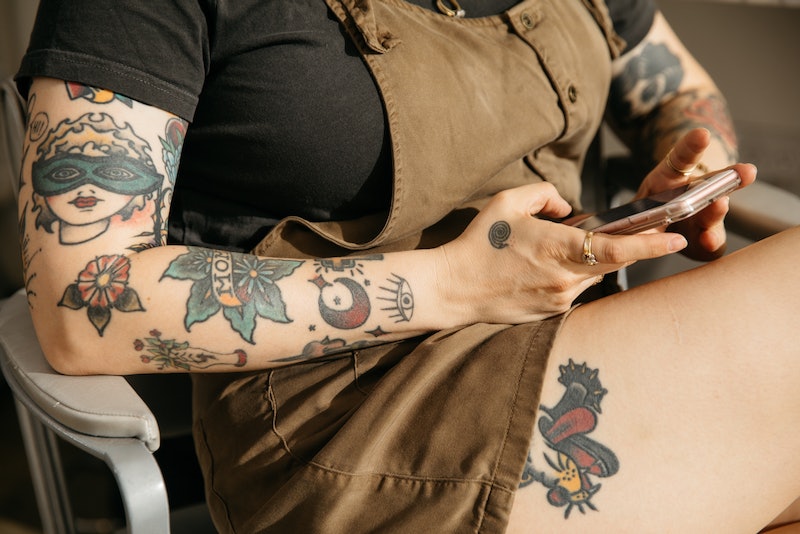 Chronic illness can be rough, isolating, and difficult to process; a study in 2015 found that having a chronic illness "significantly" raised your likelihood of increasing loneliness over time. Chronic pain can restrict movements and social opportunities, and other people might not 'get' what a chronic illness really feels like. And isolation can be particularly bad for young people and teens, who are seen as 'too young' to have serious conditions. Could the solution be found in a phone game? Two women believe so.

The digital realm is a brave new world for people whose experiences day-to-day are somehow limited by illness, disability and other conditions. Virtual reality experiences have been shown to help people with anxiety disorders, and there's a growing industry of apps to help mental health, from meditation apps to ones that remind you to take your medication. And there's a new game in town that hopes to become a groundbreaker. Founder and philanthropist Sheri Sobrato Brisson and game producer Rosemary Lokhorst came together to make Shadow's Edge, a mobile game that they hope will change how young adults experience chronic health conditions — and, one day, make digital games a part of healthcare worldwide. The game is available free for iPhones and Android, and brings together therapy, journalling, art and community to help people with chronic illnesses build resilience.

Brisson herself survived cancer; she was diagnosed with brain cancer 32 years ago. "Before Shadow’s Edge, I had a book with very similar content to help kids work through the emotional side of chronic and serious illnesses," she tells Bustle. "After two years I couldn’t print them fast enough." She and Lokhorst met through a mutual connection, and Lokhorst loved what the book represented — "taking material that was very serious and making it meaningful to the audience," she says — and Shadow's Edge was born.

The game itself, which is available in six languages and entirely funded by donations, is multi-layered. Players enter a world that's been destroyed by The Storm, which serves as a metaphor for illness, and encounter different guides across three separate levels, Disruption, Disillusionment and Discovery. They answer questions in private journals, express themselves in graffiti, and interact with other players through artwork. The process of the game is designed to combine elements of art therapy and cognitive behavioral therapy: it can help players express pent-up and complicated emotions, ask themselves questions about their recovery and future, and connect with other people who are feeling the same thing — defeating loneliness along the way.

Shadow's Edge aims to help young people work through the potential isolation of living with chronic illness in innovative ways. "Games can make exploring challenging issues easier by giving people the choice to interact with the content. They can explore in a judgement-free environment and they can practice what they learn," Lokhorst says.

Designing a game that tries to provide a helpful therapeutic environment for the diverse experience of chronic illness was, unsurprisingly, challenging. Brisson insisted from the start that the three "emotional stages" of the game — disruption, disillusionment and discovery — shouldn't function like normal gaming levels, where you "graduate" from one to the next. Coming to terms with a chronic illness is "not a linear process," she says. "You might start with disruption and bounce to discovery and then hit bottom again. It’s back and forth for years and years. I wanted kids to be able to skip questions if they weren’t ready to answer them, because I didn’t want to push them into places they weren't ready for yet."

It's all been worth it. Shadow's Edge has won numerous awards, including the Digital Health Award in 2018 and a nomination for the Edison Awards in 2019, and the response from players and their support networks has been positive. "Their family and friends came back to us and said ‘it really changed something in their lives'," says Lokhorst. One key element, she believes, is control. "In a game versus a movie, people can walk around. They can decide." "They really gravitate towards feeling empowered," Brisson adds.

The other element that really distinguishes Shadow's Edge from other games is its players. "Building a community was very important to us. We wanted to make sure that players know they’re not alone," Lokhorst tells Bustle. "A lot of our players are isolated, home alone, or hospital-bound for months on end." They're brought together by Shadowgram, an in-game feature where players can exchange or send images of their art. It's a powerful way to share experiences with other people going through similar things.

Shadow's Edge may be unique, but it's part of a growing global conversation about the benefits of gaming and VR for therapy. The BBC's story of a young man with Duchenne muscular dystrophy who led a 'secret life' in World of Warcraft – which was only revealed to his parents after his death — revealed the opportunities that virtual worlds can provide for people isolated by health issues. However, SciTech Europa noted in 2018 that it's often tricky to get people to play therapeutic games long enough to see any positive effects. Engrossing communities and engaging gameplay may be the best way to change that.

So what's next? The dream for Lokhorst and Brisson is to change the place of gaming in therapy, and vice versa. "We would like to be the first recognized immersive 3D game to be considered a digital therapeutic, meaning it actually changes emotional health outcomes," Brisson says. They say Shadow's Edge is currently being tested in a study with cancer patients at Robert Lurie Children's Hospital in Chicago, but there are other projects on the horizon, too.

They're also contemplating stepping into the world of virtual reality. "We can give these teens and young adults the chance to show other people the reality of walking a mile in their shoes," says Lokhorst. Through VR, she hopes, the families and friends of people with chronic illnesses might build more empathy for their experiences. There's also talk of a new venture — "combining Pokémon Go and geocaching" — that lets teens 'tag' areas in hospitals with digital messages and graffiti that can then be shared in-game.

Both Brisson and Lokhorst hope that other games follow their lead. "Generation Z has such huge numbers of depression, bigger than any generation before," says Lokhorst. "If we can create content related to those types of challenges, or to being a sibling or daughter or a son of a vet coming home, for example, those are things where we can apply the same techniques and mechanics to make messages palatable."

"My dream is that lots of people will copy us and there will be games for all kinds of things," says Brisson.