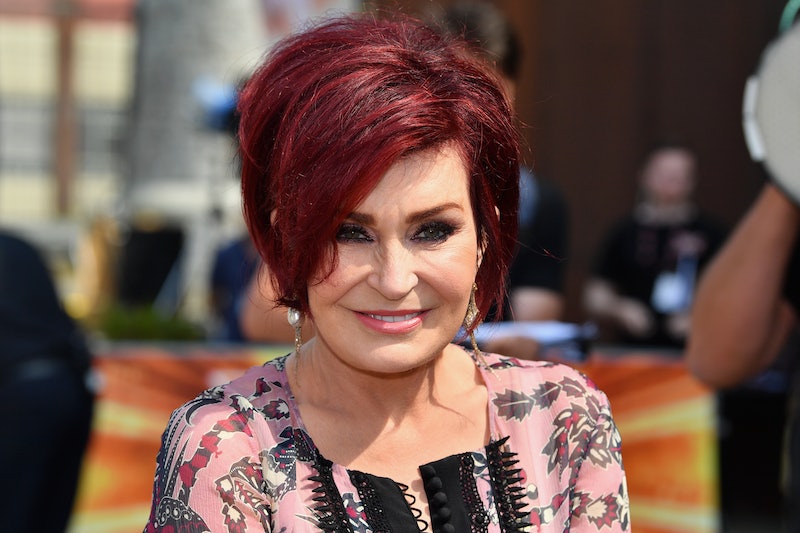 Sharon Osborne is one of Britain's best-known TV personalities and, in my opinion, she's been an all-round boss since she first came to fame in her family's reality TV show The Osbornes. With a personality as fiery as the hair on her head and potentially one of the most infectious laughs known to man, if you ask me, Osborne's got star quality in spades. So, when it was announced that she would no longer be starring in one of Britain's biggest TV shows, a lot of fans were super bummed. But the plot thickens, because allegedly Simon Cowell fired Sharon Osborne from The X Factor because of her age.

Osborne made the revelation on an episode of U.S. show The Talk, on which she's host. Osborne claims that Cowell felt she was "too old" to return as a judge. She also told her co-hosts that she lost work as a result of the decision, because she'd already turned down a judging role on the The Masked Singer. She explained:

"I was signed on to do another show at the time. I was signed to go to England, and then Simon Cowell changed his mind and thought I was too old." Simon goes, 'She’s old. We need somebody young.'"

Osborne chose not to reveal how Cowell relayed the information to her, or whether she'd in fact heard it from someone else. But she did go on to add a few choice words about the media mogul and, safe to say, their relationship might not be in the best place. "So if you want young, fire yourself and get rid of those man tits," Osborn said on The Talk.

Speaking about Osborn's comments, a source close to Cowell has told Bustle: "This is completely untrue."

No matter what happened between Cowell and Osborne, we all know the entertainment world can be a difficult place for women over a certain age. As a matter of fact, several female entertainers have spoken out about it in recent times. And a 2013 study showed that only 18 percent of UK TV presenters over 50 are women.

Last year, Strictly host Tess Daly spoke to the Mirror about the difficulty of working in the public eye as a woman over the age of 40. "It’s sad that in this day and age women are still judged on their age," Daly said. "Men don’t have to defend their right to still be working in their 40s or 50s. It’s ridiculous because I feel I’m just coming into my stride. It's the point where you’re more worldly wise, you've got more life experiences and you’re peaking as a woman."

Back in 2011, BBC host Miriam O'Reilly won a legal battle against the BBC in which she claimed that she had been unfairly dropped from Countryfile, after working on it for 20 years, due to her age. The ruling was lauded as a step towards change in regards to ageist attitudes in UK TV. In response to the outcome of O'Reilly's case, Dawn Airey, an honorary member of Women in Film and TV, said: "This is a very live issue for all broadcasters. It’s a question of reflecting diversity on-screen and if you don’t reflect that then you’re out of touch with viewers. It will be interesting to see how the BBC and the whole industry reacts to this."