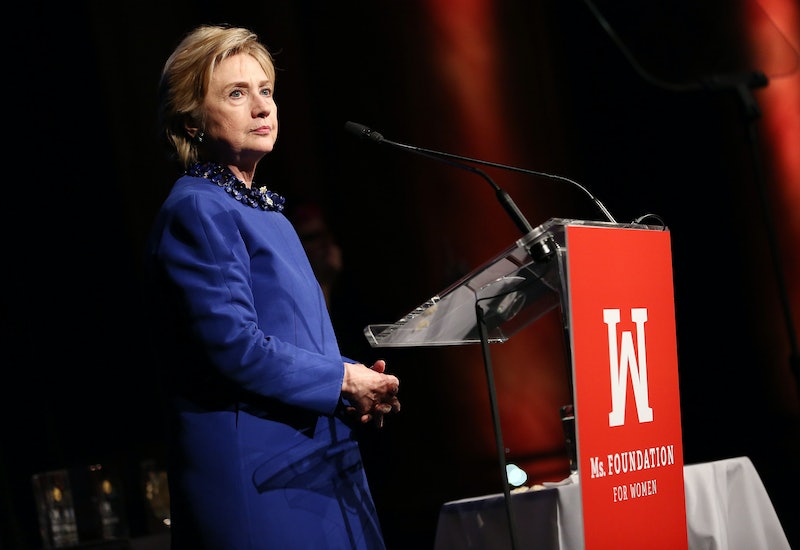 Jonathan Allen and Amie Parnes' new book, Shattered, the story of Hillary Clinton's 2016 campaign, has been optioned for television by TriStar Television and Davis Entertainment. Shattered will be one of many shows to examine the 2016 general election, including the upcoming, election-themed season of American Horror Story.

The portrait of Clinton's campaign that Shattered paints has been repeatedly refuted by the former Secretary of State's aides and other insiders. The Clinton campaign's deputy communications director, Christina Reynolds, says Shattered's version is "not the campaign, the staff or the candidate I was in the trenches with for 18 months," and questions Allen and Parnes' claims that their book provides an unbiased look at the road to Nov. 8, 2016. As Salon's Andrew O'Hehir points out, the very nature of Shattered — assembled after Clinton's Electoral College defeat from data collected during the campaign — "inevitably means that [it] reads the shocking election outcome backwards into its narrative, finding signs of doom everywhere."

Two other docudramas centered around the 2016 election have been optioned for TV. Tom Hanks and Gary Goetzman are set to executive produce an HBO miniseries tracking Donald Trump's road to an Electoral College win, which will be based on Mark Halperin and John Heilemann's third Game Change book. Meanwhile, Zero Dark Thirty's Mark Boal and Megan Ellison are currently hard at work on a project that will retell the 2016 election as a "longform format ... television event series."

No writers are attached to the Shattered television project at this time.