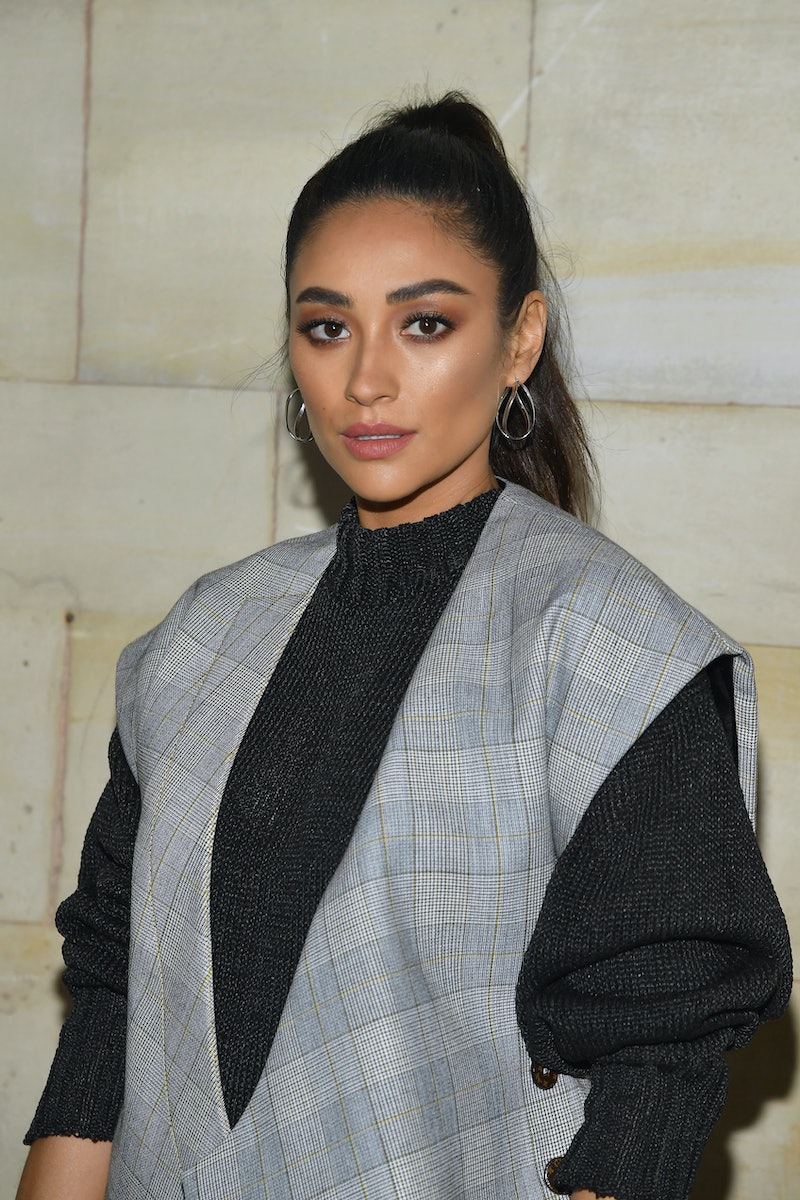 For the new year, Pretty Little Liars star Shay Mitchell took to Instagram to reflect on her 2018. In her Jan. 1 Instagram Story, Mitchell revealed she had a miscarriage last year. The Pretty Little Liars star shared many of the good times she had in 2018 with photos highlighting her travels and new Lifetime show You. But she also took the time to acknowledge the heartbreaking hardship she suffered last year. This was the first time that Mitchell stated publicly that she experienced a miscarriage and she noted to her 20 million Instagram followers that she hopes for a more compassionate 2019.

Mitchell's Instagram shows that The Possession of Hannah Grace star kicked off her New Year in Tokyo, Japan. She traveled all over the world in 2018 (and launched her own travel accessories brand BÉIS) with many of the more than 60 photos in her retrospective Instagram Story being about her journeys. And while she thanked her friends, family, and Instagram followers for an "incredible" year, she also wanted to note a sad part of her 2018. "Lastly, although it was an amazing year, it didn't come without some hardships," Mitchell wrote before sharing a photo of an ultrasound with a broken heart emoji.

"We all have to deal with various struggles and challenges in life. And sometimes it's easier to only showcase the good times on social media, which is what leads many people to criticize it for its lack of authenticity," she wrote. So she chose to share her personal story with her Instagram followers. Her followers reached more than 20 million people in 2018, which she wrote is "both incredibly humbling and hugely uplifting."

"The support and affection that so many of you show me lifts me up during even my darkest days, one of which happened last year after I miscarried and lost the child of my hopes and dreams," she explained.

Mitchell has curated an Instagram that showcases many fabulous adventures. But her New Year's post shows how social media rarely reveals everything that a person is going through — even if they are public figures. And she asked her followers to keep that in mind as they enter 2019.

"In the spirit of the new year, I think that we need to remember that we are all on this journey together — in good times and in bad — and to remind ourselves that we seldom really know or understand the struggles and hardships that other people are going through," she wrote. "So, for 2019, let's all try to be a little more compassionate, empathetic, patient, and thoughtful with each other. This sounds like a great resolution to me. I hope that you agree."

Mitchell didn't offer any other details about the loss of her pregnancy and she does tend to keep parts of her personal life private. According to Entertainment Tonight, Mitchell has been rumored to be dating ET Canada host Matte Babel since 2016. He appears to be featured in some photos of her year-end Instagram Story and she even joked about being proposed to. But their relationship has never been publicly confirmed and Babel has not made any comment about Mitchell's post.

While she suffered the loss of her own child in 2018, Mitchell did get to celebrate the births of her friend's children. She wrote in an Instagram post on Christmas, "I am the luckiest aunt and godmother this holiday season with so many new little baby girls to love on!" And through her posts, it looks like she does have family and friends to support her. So Mitchell will hopefully continue to be uplifted by them and her followers now she has bravely shared her tragic loss.