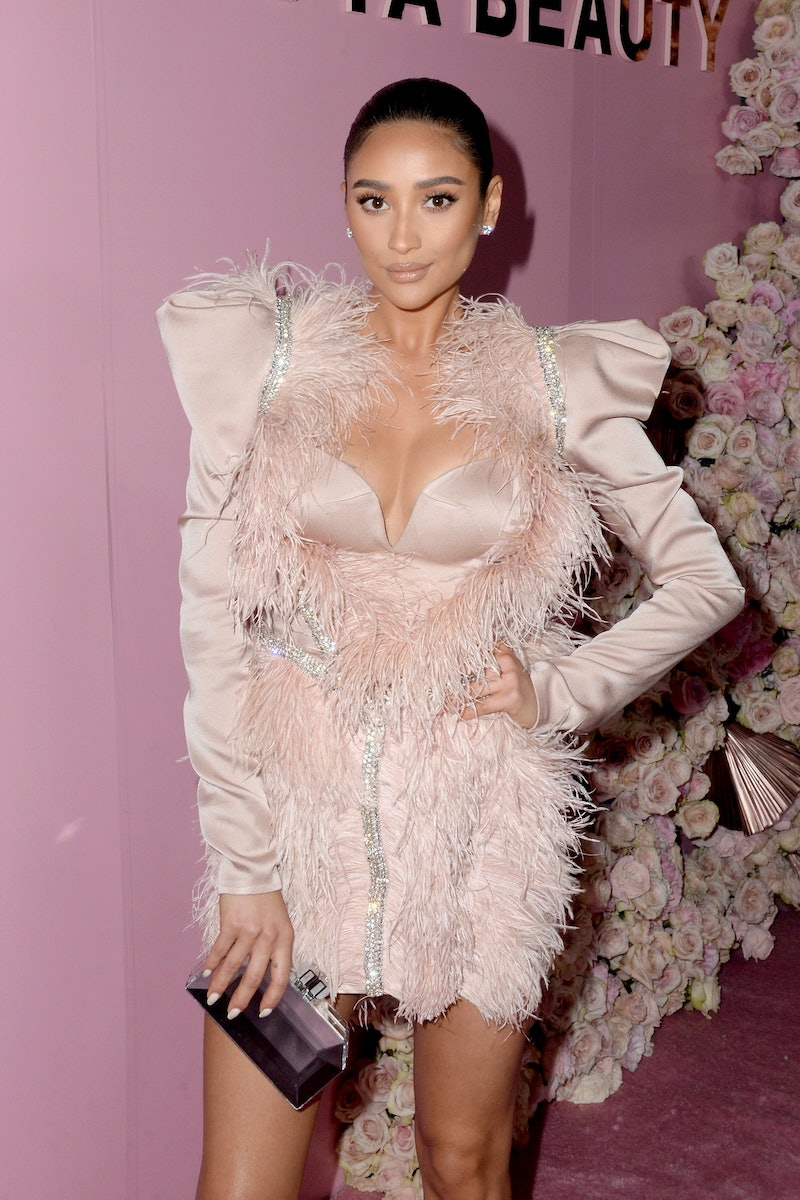 No more pretty little lies: Shay Mitchell announced her pregnancy with an Instagram photo and two-minute video. After months of keeping it secret that she was expecting her first child, the actor posted a photo of herself topless, cradling her baby bump while sporting statement earrings and a sleek top knot. Mitchell captioned the photo, "Does this mean I'm allowed to drive in the car pool lane at all times now?"

She also released a video on her official YouTube channel documenting the beginning of her motherhood journey, which included telling her friends and attempting to hide her growing baby bump. At the end of the video, it's revealed that a new web series featuring Mitchell, called Almost Ready, is "due" on July 7, 2019. In the description of the video, titled "Guess Who Preggers," Mitchell wrote:

"There is something in the oven and it's not my pizza!!! WOW... It's kind of surreal processing the fact that another human is growing inside of you. It's exciting, nerve-racking, difficult and emotional all at the same time. Everyone waits for the right time to make the announcement and for me it wasn't until I couldn't hide it anymore and was tired of wearing over sized sweatshirts. We're beyond excited and looking forward to starting a family. I've learned so much about myself and parenthood over the past 6 months, and feel like I haven't even scratched the surface! It's going to be a wild ride!!"

Mitchell's pregnancy reveal comes nearly six months after she opened up about her miscarriage in 2018. Now she's sharing her next chapter — anticipating the arrival of her first child with partner and ET Canada host Matte Babel. Per a press release, Almost Ready is a YouTube Original Series that will be released biweekly beginning on July 17.

In a statement, Mitchell reflected on why she wanted to document her pregnancy via a YouTube series. "Women go through a lot during pregnancy," the YOU star explained. "It's exciting, difficult, emotional and amazing all at the same time, and I wanted to share my journey with more than just a photo."

Mitchell's first video announcing her big news gives fans a taste of what's to come on her series. One minute she's relatably eating wings in bed, the next stressing over buttoning a pair of pants. In voiceover, Mitchell can be heard saying, "This is real life that I want people to come along with me on this journey in real time." The star also expressed a desire to show the side of expecting a baby that's not all "peaches and rainbows." An official logline for the series also provides valuable insight into the tone of Almost Ready:

Join Shay Mitchell as she eats for two, continues the endless hunt for non-alcoholic wine and lathers herself in every oil known to man on her journey to motherhood. Check it out on her YouTube channel. Every other week Shay will drop an episode documenting the highs and lows of pregnancy. Real life, in real time.

Congratulations are in order for Shay and Matte — the world will be eagerly watching their path to parenthood.

More like this
Twitter Is In Awe Of Taylor Swift’s “Lavender Haze” Music Video
By Jake Viswanath
5 Wild Theories About Miley Cyrus’ “Flowers” Music Video
By Jake Viswanath
RHOP’s Robyn Dixon Explained Why Juan Paid For Another Woman's Hotel Room
By Brad Witter
Pamela Anderson’s Dating & Marriage History Could Be Its Own TV Series
By Jake Viswanath
Get Even More From Bustle — Sign Up For The Newsletter
From hair trends to relationship advice, our daily newsletter has everything you need to sound like a person who’s on TikTok, even if you aren’t.