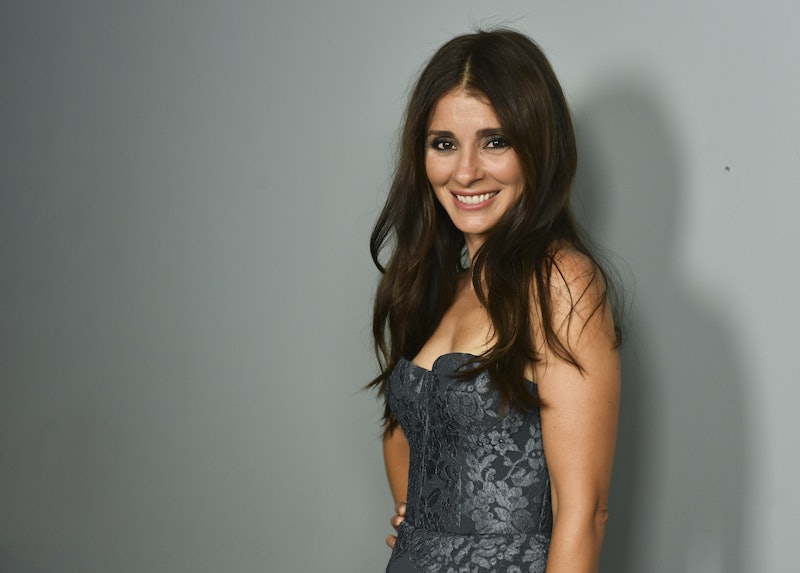 Shiri Appleby has a frank, easygoing, level-headedness about the ways of Hollywood that can only be a symptom of spending her life on television sets. Her resume reads like a contemporary history of pop culture, with her earliest credits in the mid-'80s as "Little Girl #1" on shows like thirtysomething and Who's The Boss giving way to arcs on shows like ER and Code Black as an adult. While Shiri Appleby is probably best known as Roswell's Liz Parker or Rachel on UnREAL, her career is now evolving to include more behind the scenes work. And while that kind of transition might be daunting to some people, Appleby is unfazed, calling moving into the director's chair an "expansion" of her career. It's a small, semantic tweak, but it means everything when it comes to how she's approaching this new part of her life and the perks of directing shows with younger talent.

"I’m having this resurgence of passion for this thing I grew up loving, and I’m getting to experience it in a totally different way," Appleby tells Bustle. "So I just feel energized, I feel like a kid in a candy shop."

Not all actors want to direct, but it's only natural that after spending decades on set, Appleby would want to try something new. That kind of curiosity, and having someone around to empower you to try it, helped her get in the chair. She says that the idea that she even could direct didn't even crystallize until she was producing and starring in Dating Rules From My Future Self back in 2012. Appleby recounts how director Elizabeth Allen Rosenbaum came on set and walked her through the "first day of prep to the last day of post."

"It was really like a film school for me. And she sort of gave me the push," Appleby says. Later, on UnREAL, she shadowed directors for some time before eventually directing a handful of episodes herself.

Of course, directing on shows you're already in or are producing was a little easier than getting directing gigs on shows she didn't already have ties to. "That was definitely a hurdle," she says. Much like anything in Hollywood, there were a lot of meetings and talking to people in the industry so that "through the grapevine," she says, people knew it was something she was taking seriously. And Appleby is all business when she talks about why it can be so hard to break into the industry at a director level.

"It’s risky for people to take on new people. It makes sense, when you think that it’s like with any really desirable job, and there are already tons of people who are great at it and have a lot of experience," she says, adding that showrunners often aren't even sure if their show is going to be a success to stick around in the first place. Taking a financial risk on a new director is a major part of the equation, even when it's someone people know has experience on sets on both sides of the camera like Appleby.

So it was exciting when the CW's Roswell reboot came along and she was able to get behind the camera to direct the March 19 episode. While that opportunity was especially welcome given that Appleby was the star of the original show, she also has other unrelated gigs in the works, too, including directing an episode of the upcoming Pretty Little Liars spinoff, The Perfectionists, which premieres in late March.

She's come full circle, empowering other young people in the business, just like others had always done for her. "The shows I’ve been doing have all been young adult based and have younger actors. To be able to direct them and give them [advice] to help push them forward, whether it’s a thing about lighting or the camera or have them face a certain way, I feel like I'm pushing it forward, and that feels really rewarding," Appleby adds.

Fans who love watching Appleby onscreen should rest assured; remember, directing is just about expanding her career, so acting is still very much on the table. "Both jobs are completely informed by the other and directing makes me even more passionate about acting," she says. Her career options have just multiplied, which is fine by her. "I just want to make more stuff," she says excitedly. "I just want to be making things all the time." Judging by the way she's already made things happen for herself, that's likely just what she'll do.