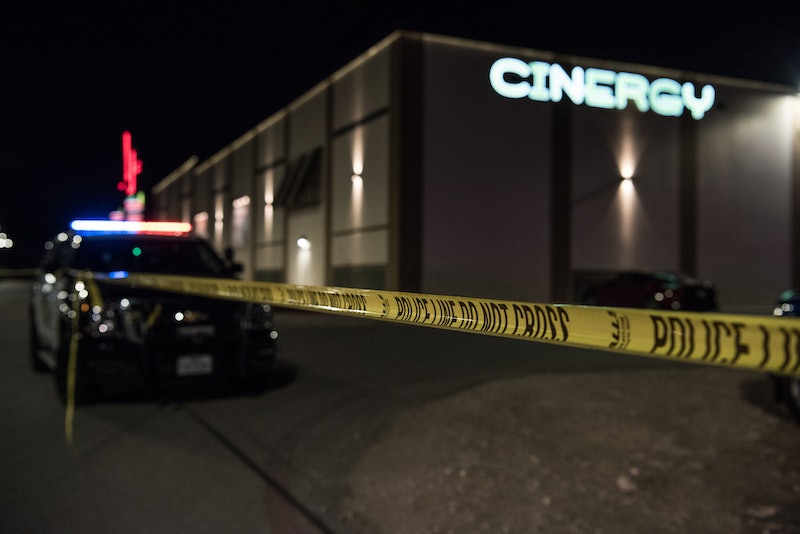 Several people were injured Saturday in shootings in Odessa and Midland, Texas, according to CNN. The Midland Police Department confirmed that a shooter was shot and killed at a movie theater in Odessa, and that there is no longer an active shooter situation.

Odessa Police Chief Michael Gerke said in a press conference that five people were killed and 21 people were injured, according to the Associated Press (it's unclear if the gunman is included in that number). Gerke said three law enforcement officers had been shot.

It had been unclear exactly how many suspects were involved. Midland Mayor Jerry Morales told The New York Times that up to three gunmen targeted drivers on a highway connecting Odessa to Midland, beginning around 4 p.m. local time. The Odessa Police Department said earlier on Facebook that up to two suspects were "driving around Odessa shooting at random people." Gerke later said in the press conference that authorities believe there was just one shooter, according to the AP.

Gerke said the shootings began with a traffic stop around 3:17 p.m. local time, during which a suspect in a gold Honda shot the Texas Department of Public Safety officer who pulled him over. The suspect, whom Gerke described only as a white man in his mid-30s, then fled the scene and shot at people while driving around, at some point ditching his own car and hijacking a U.S. mail truck.

The suspect eventually came into contact with law enforcement outside a Cinergy movie theater, Gerke said. He said there was an exchange of gunfire in which the suspect was killed.

Police have yet to comment on what weapon was used in the shootings, on the identity of the shooter, or on a possible motive.

The shootings come at a time when West Texas is very much on edge. It's been roughly a month since a gunman opened fire at a Walmart in El Paso, Texas, killing 22 people and injuring 24 more. Federal authorities now consider the El Paso shooting an act of domestic terrorism, as that gunman reportedly posted a racist, anti-immigrant manifesto online beforehand. Midland lies about 300 miles east of El Paso.

The shootings also come the day before several new gun laws take effect in Texas, a state that has experienced four out of the 10 deadliest mass shootings in recent history, including the one in El Paso. The new laws further loosen restrictions on firearms, including allowing licensed gun owners to carry in houses of worship and to keep firearms in their locked vehicle on school grounds.

President Trump tweeted Saturday afternoon that he'd been briefed on the shootings in West Texas. Gov. Greg Abbott said in a statement that state police were working with local law enforcement to ensure justice for what he called a "senseless and cowardly attack."

It was too early for any of the victims to be publicly identified or for updates on their condition. Gerke said in the press conference that things were still chaotic at local hospitals.