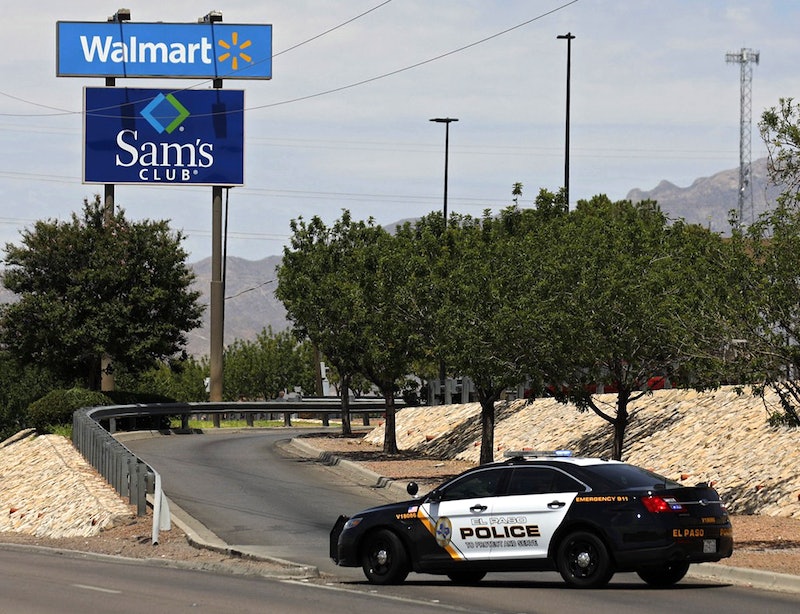 Multiple people were reported dead after a shooting at an El Paso Walmart on Saturday afternoon, according to the mayor's office. NPR reported that a fire department spokesman said the suspected shooter began firing outside of the Walmart and then entered the store.

The El Paso Police Department reported that they had received reports of multiple shooters. El Paso Mayor Dee Margo indicated that three people who were suspected to have been involved were taken into custody, according to local news station KTSM, though later reports said one suspect was taken in. Police said in a media conference that 22 people had been injured with injuries ranging from severe to non-life threatening. They were transported to the University Medical Center of El Paso and the Del Sol Medical Center.

"This is a tragedy we would have never ever thought would happen in El Paso," Margo said.

The Federal Bureau of Investigation is reportedly responding to the scene. Many of the surrounding businesses and restaurants were put on lockdown. Walmart released a statement on Twitter, writing:

We're in shock over the tragic events at Cielo Vista Mall in El Paso, where store 2201 & club 6502 are located. We’re praying for the victims, the community & our associates, as well as the first responders. We’re working closely with law enforcement & will update as appropriate.

Texas Gov. Greg Abbott also wrote on Twitter: "In El Paso, the Texas Dept. of Public Safety is assisting local law enforcement & federal authorities to bring this tragedy to the swiftest & safest possible conclusion. We thank all First Responders for their courageous response & urge all area residents to remain safe."

Other presidential candidates, including Sen. Cory Booker, former HUD Secretary Julian Castro, Mayor Pete Buttigieg, and author Marianne Williamson have also responded to the shooting with their sympathies and calls for action.

The reunification center for families is at MacArthur Middle School, the police department said. Blood donations are urgently needed. According to White House Deputy Press Secretary Steven Groves, President Donald Trump has been briefed on the shooting and has been in contact with Gov. Abbott and Attorney General William Barr, CNN reported.

Two Walmart employees were killed by a former employee in a Walmart in Mississippi earlier this week. The two men were a department manager and a store manager. Also this week, a gunman killed three people — two of whom were children — and injured more than a dozen others at the Gilroy Garlic Festival in California.

More like this
Alec Baldwin Will Be Charged With Involuntary Manslaughter In 'Rust' Shooting Death
By Alyssa Lapid
6 Organizations Fighting Police Brutality That You Can Support Right Now
By Syeda Khaula Saad and JR Thorpe
Twitter Has *A Lot* To Say About The "Single Penalty”
By Sam Ramsden
Watch Jacinda Arden’s Devastatingly Honest Resignation Speech
By Sam Ramsden
Get Even More From Bustle — Sign Up For The Newsletter
From hair trends to relationship advice, our daily newsletter has everything you need to sound like a person who’s on TikTok, even if you aren’t.