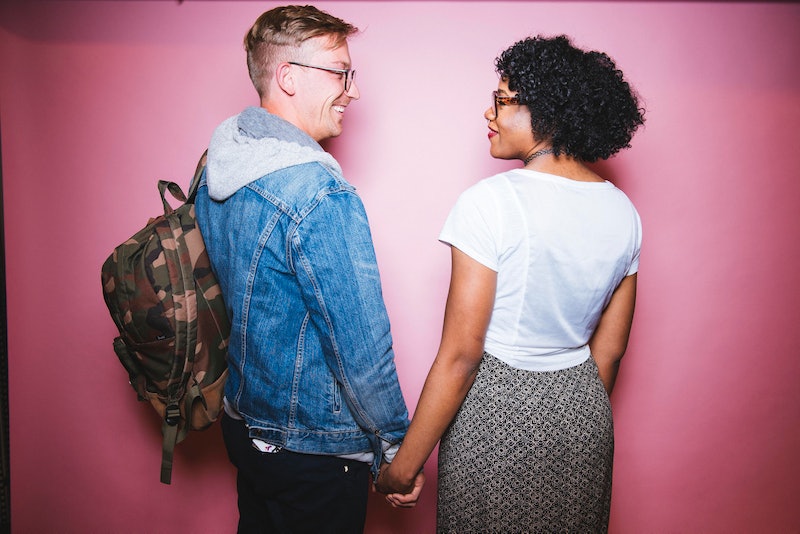 Research in the Journal of Happiness Studies shows that not only are married couples happier in the long-term than single people, but being best friends with your spouse is linked to even higher levels of satisfaction. Shawn Grover and John Helliwell of the Vancouver School of Economics in Canada looked at data from the British Household Panel Survey including responses from over 30,000 people between 1991 and 2009 and from the United Kingdom's Annual Population 2011 to 2013 Survey of over 300,000 people. With such a huge wealth of data, the researchers found that married couples and even non-married couples who were living together were more satisfied with their lives than single people. This wasn't just a honeymoon-phase peak in happiness — it was true even for couples who had been together for years and years.

But the really interesting part is that when couples were best friends, the benefits were even stronger. "The well-being benefits of marriage are much greater for those who also regard their spouse as their best friend," Helliwell explained in a press release. "These benefits are on average about twice as large for people whose spouse is also their best friend."

The researchers call being best friends with your partner a "super friendship", a powerful combination of friendship and relationship.

Why? Well, the researchers suggested that a large part of the satisfaction that derives from marriage is due to the social aspect. So the closer friends you are, the stronger the social connection. It's makes your relationship more than just a romantic partnership. In fact, the researchers call being best friends with your partner a "super friendship", a powerful combination of friendship and relationship. These benefits were especially important during middle age, when, the researchers suggest, there can be a notable drop in well-being.

So if you're looking for those benefits, how do you go about being best friends with a romantic partner?

How To Be Best Friends With Your Partner

Just like any friendship, it's important to take time and put in the work to make that friendship grow. "It’s just like building a home,” matchmaker and dating coach Julia Bekker tells Bustle. “There needs to be a foundation, a solid ground that holds everything together. Friendship is the floor and the glue that keeps a union in tact.”

And even though it's important to have your own life and maintain independence in a relationship, it's often the friendship rather than the romance that keeps your relationship going through its darkest times. “It is the core component to any and every lasting relationship,” Bekker says. “Friendship dictates the dynamic between two people and instills common ground and respect. It is the key to survival and longevity. With companionship should come laughter, amusement, and an unconditional love for one another; that kind of love and acceptance is only found in true friendship." So make sure you that you're giving your partner the same TLC that you would give your friends, rather than taking them for granted.

And What If You're Not Best Friends?

Although this new research shows the benefits of being best friends with your partner, not everyone agrees that your partner should be your BFF. "My experience leads me to advocate strongly for partners not being best friends," Janet Zinn, a New York City–based couples therapist, tells Bustle. "It allows each partner to manage expectations in their relationship. They can appreciate each other for who they are, rather than trying to satisfy some unfulfilled need."

But even if you're not best friends with your partner, it's important to put in the effort to create a strong and special partnership. "Rather than avoiding becoming best friends, I see it as knowing what you want in a partner," Zinn says. "Yes, it’s important to have similar values, but the partners wouldn’t share every secret. They keep some intrigue in their relationship."

Every couple is different, and being best friends might be the right path for some but that may not work for everyone. Even though there are some clear benefits to being best friends, make sure you're finding out the right dynamic for you and your partner. As long as you keep the intimacy and the communication strong, you're on the right track.

More like this
How Getting An Abortion Has Changed From The ’60s Through Today
By Amanda Chatel
My BF Wants To Stay Friends With His Ex Primary Partner. What Do I Do?
By Sophia Benoit
35 Sexy Texts To Send Your Partner
By Griffin Wynne and Carolyn Steber
I Want More Sex But My Partner Has ED. What Do I Do?
By Sophia Benoit
Get Even More From Bustle — Sign Up For The Newsletter