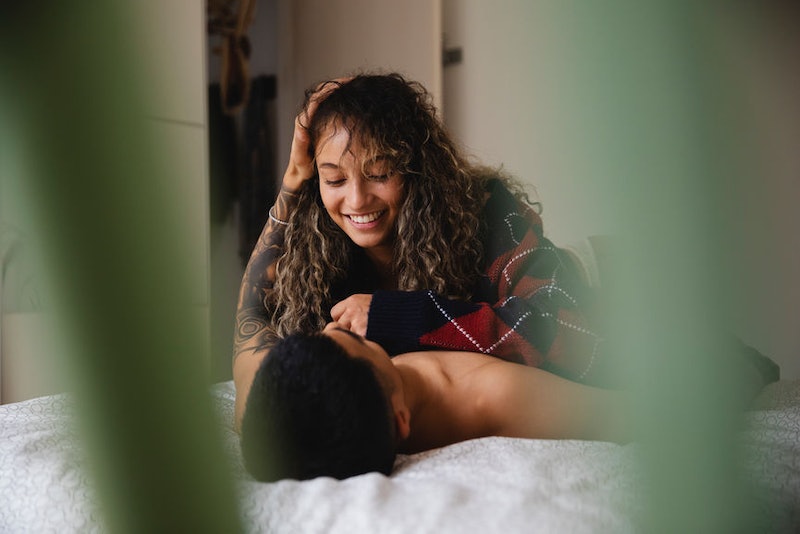 When life gets busy, you have a million things to think about for work, and too many important birthdays coming up to count it is really easy to let your relationship fall by the wayside. Making time for your partner is so important but when you crawl into bed at the end of a long day, you don’t always feel like getting intimate. Is there an answer to this that isn’t quitting your job? Should you schedule a time for sex? A study conducted by the Sleep Judge found that many of those most satisfied with their sex lives all had something in common. They set aside a designated time to get down and dirty with their partner.

The mattress and sleep accessory review site also found that many people valued getting a good night's sleep over getting intimate with their partner. Out of 1000 people surveyed the study found that while 59.7 percent of men value sex over sleep 76.2 percent of women said they would pick shut eye over between-the-sheets action.

Sex is a pretty awesome way to feel closer to your partner, unwind, and have some fun. However, these aren’t the only benefits. The survey found that 66 percent of respondents felt that having sex helped them have a better night’s sleep. However, there were some downsides, as 18.8 percent of respondents said they had been late for work in the past after morning sex. But 49.1 percent did say they felt they were more productive at work after morning sex. So, maybe rushing into the office five minutes late is worth it if you're going to make up for it with by powering through your to-do list. Plus morning sex is a pretty welcome alternative to your usual take-out coffee.

The idea of scheduling a time for sex or creating an itinerary might not exactly get your pulse racing. Despite this 98 percent of respondents said they scheduled sex "rarely" at the very least. And 98.3 percent of people who said they had scheduled a time for sex said they were satisfied. Of those, 22 percent said around 10 p.m. was their ideal time for some action between the sheets. But for a good chunk of those surveyed there didn't seem to be an ideal time, as 42.8 percent of men and 35.9 percent of women said it was never too late to get intimate. So it could well be time to get your Google diary out and set some time aside.

The idea of organising some time to be intimate with your partner may not be the most spontaneous thing in the world. However, prioritising your relationship as highly as getting your work emails done and seeing your friends at the pub can be a crucial way to ensure its survival. Beauty sleep is also very important and who is to say that, with a bit of organisation, you can’t have it all?

More like this
The 19 Best Tweets & Memes About Bisexual Awareness Week
By Lexi Inks
Are Quality Time & Gift-Receiving Love Languages Compatible?
By Lexi Inks
10 Creative Sexting Ideas That Don't Involve Nudes
By Lexi Inks
Why A Libra & Libra Couple Might Become Codependent
By Kristine Fellizar
Get The Very Best Of Bustle/UK