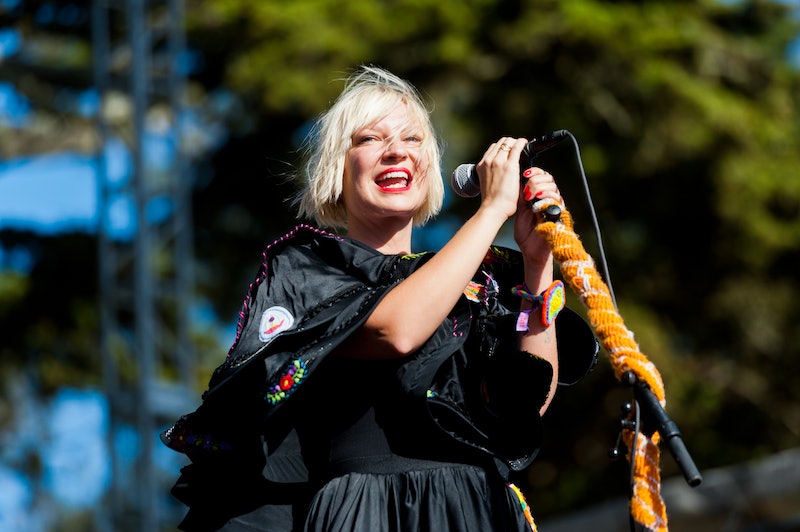 After adopting two 18-year-old boys last year, Sia recently revealed she has become a grandmother. Speaking on Zane Lowe's Apple Music show on Tuesday (June 30), the singer excitedly spoke about how her youngest just welcomed two children into the world.

"I'm a grandma, I'm a f***ing grandma!" she exclaimed. "They call me Nana. I'm trying to get them to call me Lovey, like Kris [Jenner]. I'm like, 'Call me Lovey.'" Sia didn't reveal much else about her grandchildren, but she did give insight into her experience with the adoption process.

"I'm a little bit jaded now after investigating the foster system as much as I have done in the last year," she explained. "It's failing us. Not in my experience, in my sons' experience. They've been in 18 different locations in their 18 years." As Metro notes, there's a possibility that her boys could have been in the system until they were 21, but she discovered their history in the system and did whatever she could to take them out.

"I would say, 'You could do this, or you could go back to where you came from' which is not a nice life. It's not a good life, and I'd say, "I'm doing this because I am your mother. I love you. I have no other agenda other than the fact I love you. And I don't want to see you in prison."

Her sons, who are young Black men, have also opened her eyes to the racism that they face on a daily basis. "I'm embarrassed that it took me to adopt two Black sons to really understand what they go through on a daily basis," the singer told Lowe. "I'm very scared for my children. I love them very much. I've only experienced white privilege and I know that now.

"I'm fully aware of how much I've experience through white privilege, and now I have these two Black sons who tell me how it really is."