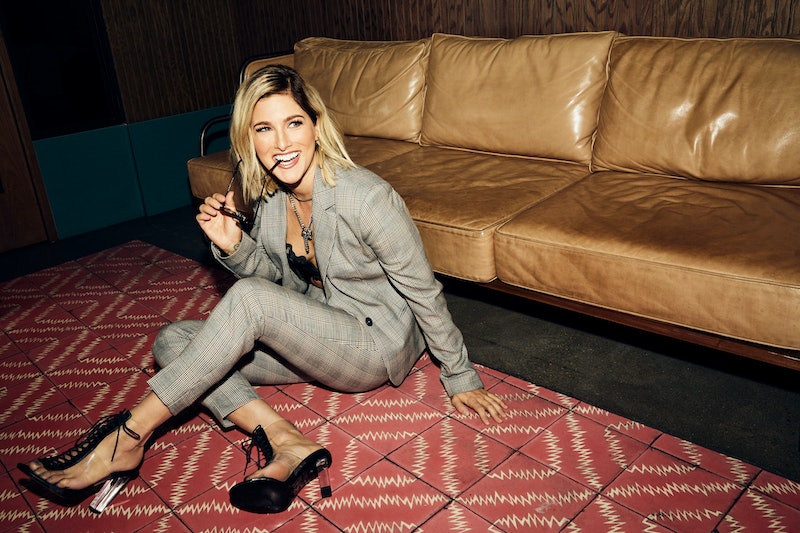 Since winning Season 3 of NBC's The Voice in 2012, singer-songwriter Cassadee Pope has had some impressive achievements, both in and out of the country genre. She's released her first full length debut album, debuted a platinum selling single, collected numerous award nominations (including one Grammy nod) and performed with major artists like Tim McGraw. And with her latest album set to be released on February 1, Pope is set on shaking up the country genre, just like her male counterparts do all the time.

“I think now more than ever I don’t care about the mold that I should be fitting in country music, because there are so many people that are breaking it, specifically men," says Pope, speaking over the phone recently. "There are a lot of men on country radio that are very pop and very rock and I just feel like, well if they can do that then I’m gonna do it, and it shouldn’t matter that I’m a girl."

Right now, Pope explains, country music is at a place "where it's becoming more acceptable and people are really opening up their minds." As such, she's "excited for where country music is headed and to be a part of the wave that sort of opens people’s minds and changes things.”

If you have the impression that country music is a fair playing field for men and women, think again. Back in December, Billboard's Country Airplay chart included no female artists for the first time since it launched in 1990 — and that's only one example of the glaring inequality. But thankfully, female musicians like Pope are rising up, and in the process, defying the norms for country by toying around with different styles and sounds to make the genre more inclusive.

Pope's love of crossing genres goes back to her time as lead vocalist of the 2000s rock band Hey Monday, which taught her there was no need to conform to anyone's idea of who or what she should sound like. That attitude helped her navigate both her personal and professional lives over the years to come, which saw her split with her fiance and part ways with the team that was assigned to her after she won The Voice. As she dealt with these challenges, she turned to music, and she describes her new album, aptly titled STAGES, as "up and down and happy and sad" and about her experiencing "all of those things as I went through them."

Compared to her debut album Frame by Frame, STAGES saw Pope getting to really call the shots when it came to making each track. "I’m used to having a lot of people in the kitchen piping in with their opinions and everything and while that is obviously helpful in some ways, a lot of ways it kind of waters down a project," she explains. "I felt like this is very raw and untouched and if I wrote a song or if I came across a song I really wanted on the record, it went on the record."

Pope's attitude is shared by another country powerhouse, her "best friend" Maren Morris. The two are set to travel the globe together on Morris' upcoming GIRL: The World Tour. "I love the trail she's been blazing for all of us and I love all of the things she stands for. She stands for empowerment, not just for women, but for humanity," says Pope of her fellow musician. "I think the tour is going to be really amazing for her to take that positive message about spreading love all over the place.

With GIRL: The World Tour kicking off on March 9 followed by the CMT: Next Woman of Country Tour a month later on April 11, Pope is set for a busy few months. What the rest of the future holds for the singer remains to be seen, but a duet with country icon Shania Twain remains on the top of her wish list. "I’ve always looked up to her," Pope says. "She’s the epitome of female empowerment, so that would be amazing."

With STAGES, Pope establishes herself as a force to be reckoned with, so it wouldn't be a shocker if A-list collaborations do one day occur — especially if the singer continues to break the barriers established within country music.

More like this
On 'The Handmaid’s Tale,' Christine Ko Fights Back
By Gretchen Smail
Jinkx Monsoon Is About To Get Real Sketchy
By Sam Ramsden
Lizzo Twerks While Playing James Madison's 200-Year-Old Crystal Flute Onstage
By Radhika Menon
Everything To Know About Taylor Swift’s 10th Studio Album, 'Midnights'
By Grace Wehniainen and Jake Viswanath
Get Even More From Bustle — Sign Up For The Newsletter