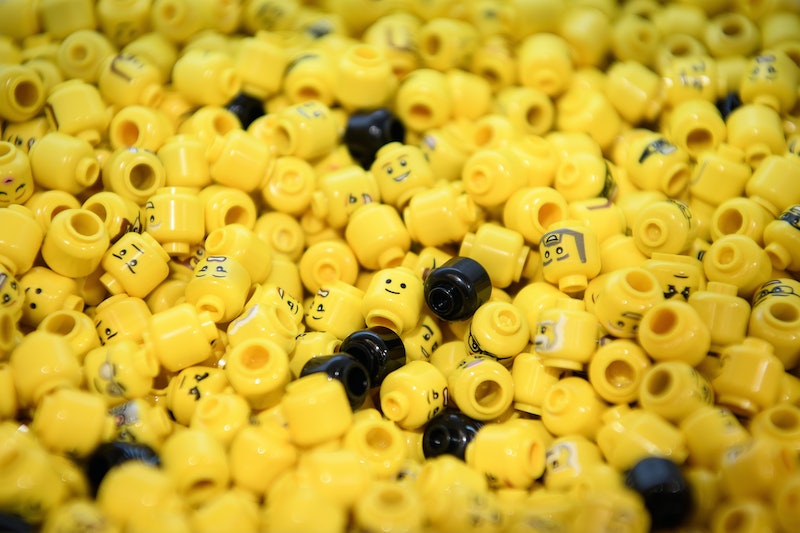 The most incredible story of the year was not seen in theaters or watched on a television screen. Nay, the story of the year is this study recently published in the Journal of Paediatrics and Child Health about six pediatricians who ate Legos to study how the toy works through the body. In other words, people with medical degrees ate Legos to see how long it took to poop them out.

The study, published in late November of this year, is called “Everything is awesome: Don't forget the Lego”, and it is maybe the funniest thing I’ve read this week. Pediatricians (and budding comedy writers???) Andrew Tagg, Damian Roland, Grace SY Leo, Katie Knight, Henry Goldstein, and Tessa Davis conducted the study to diversify the research on ingestion of foreign objects. As they point out, there has been much research around kids swallowing coins — the thing about kids is that they...are kinda dumb — but little about other small, commonly swallowed items, like Legos.

As the study authors state, “there has been a noble tradition of self‐experimentation in the field of medicine.” The study specifically names physician Werner Forssmann, who performed his own cardiac catheterisation which involved putting a catheter into his own arm (cool, cool, chill), and physician Barry Marshall, who swallowed a flask of Helicobacter pylori, a bacteria linked to gastric ulcers and stomach cancer (normal, good, fine). “With that in mind,” the study states, “the authors felt that they could not ask anything of their test subjects that they would not undertake themselves.”

And so, the six adult people of sound mind and body, with science educations, each swallowed a tiny, yellow Lego head. (omg did you think they swallowed one of the bricks? Are you bananas? They didn’t want to DIE.) Lego heads are tiny, about 10 millimeters at their widest and 13 millimeters at their tallest. Also, they’re smooth. So...easier to eat and...uh...shit out.

Before they took their dose of Lego, the six subjects’/study authors’ bowel habits were studied and standardized using with a Stool Hardness and Transit score AKA a SHAT score. (Amazing. Beautiful. 10/10.) The authors note that the SHAT score isn’t a perfect measure of participants’ regular pooping patterns, “but the fact that participants can SHAT themselves without specialist knowledge makes it an inexpensive tool.” Please note the exquisite use of SHAT as a verb. These scientists were wonderfully committed to the bit,

Then, the participants swallowed a Lego head whole, waiting for the tiny, yellow storm to pass. Swallowing the Lego was the easy part. Next was the retrieval.

They measured how long (in days) it took for each participant to find the Lego in their stool. Yes, the scientists had to dig through their own poop for science. As the authors write, “The population studied could not be blinded to the study outcomes as we felt it was unfair on the authors' partners or colleagues to search through their waste products.” The results were recorded as a “Found and Retrieved Time” score AKA a FART score. (Incredible. Gorgeous. 14/10.)

Between the six participants, the FART score averaged 1.71 days: “There was some evidence that females may be more accomplished at searching through their stools than males, but this could not be statistically validated.” This was, in part, because one of the male participants dug through his poop for two weeks to no avail. He examined thirteen of his own poops and no Lego head turned up. (What an unexpected plot twist!!! 100 percent on Rotten Tomatoes.)

The study authors concluded it takes an average of one to three days for a Lego head to pass, and “parents should be counseled not to search for the object in stools as it is difficult to find.” The scientists dug through their poop so we wouldn’t have to. So brave. So gross.