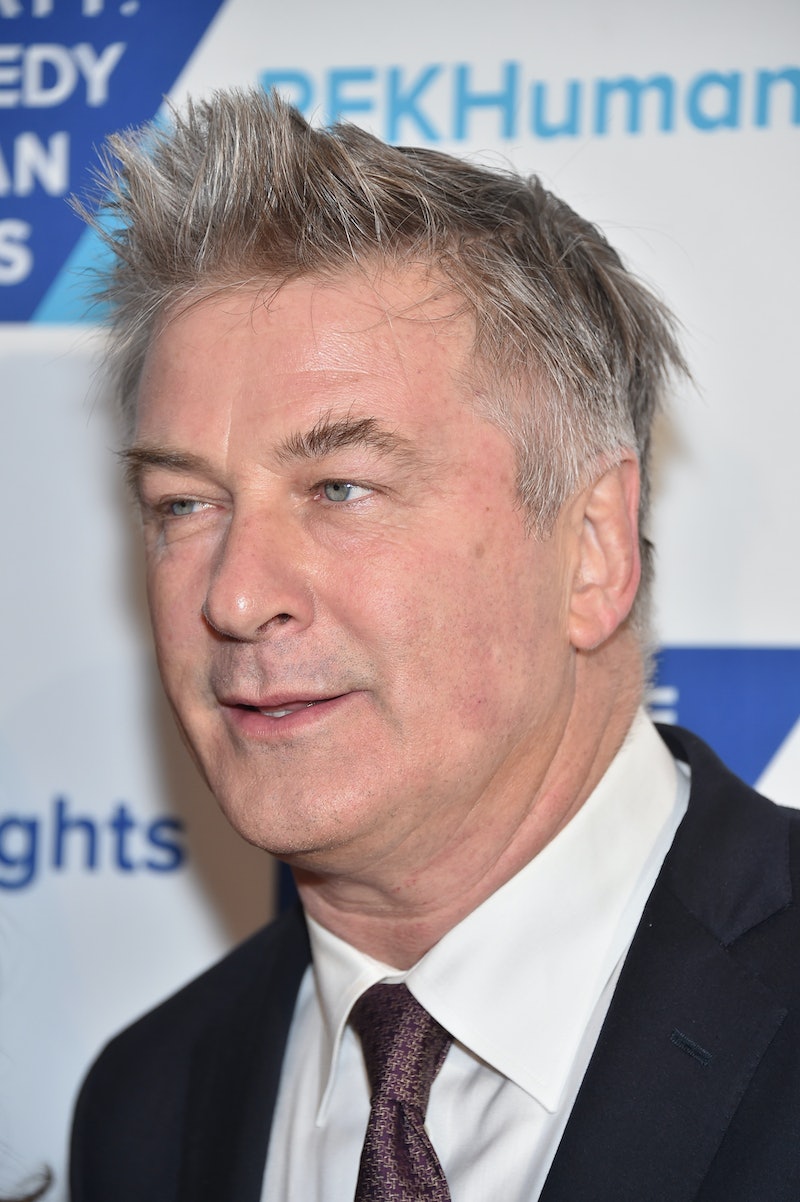 Since Alec Baldwin started making regular appearances on Saturday Night Live to do impressions of Donald Trump, it’s clear that the now-president has been really upset. The late night sketch show seems to get to him in a way that almost nothing else does — not leaked tapes where he brags about non-consensual sexual behavior and not even massive protests that dwarfed his own inauguration. Trump has tweeted about how bad Baldwin’s impression is, how unfair the show is, and has even compared the show disfavorably to NBC News, calling it the “worst of NBC.”

On Tuesday morning, POLITICO reported that Trump was especially upset by Melissa McCarthy’s impersonation of Press Secretary Sean Spicer from this weekend’s show. Though Spicer publicly has laughed off the impersonation, the uncharacteristic Twitter silence from Trump is making some think that the impression is doing some real damage to Spicer’s standing in Trump’s eyes, especially being portrayed by a woman. “Trump doesn’t like his people to look weak,” a top Trump donor told POLITICO.

But maybe the real takeaway here is that Saturday Night Live is not only a mainstay on Trump’s DVR, but that it can be a shortcut to getting at Trump’s goat. While I imagine the writers at Saturday Night Live have more than enough material to keep them going, here are seven things they might try next to get under Trump’s skin.

This bit from Saturday’s cold open was funny, but more importantly, it underscored what many in the pundit class had been murmuring about, and something that must drive Trump up the wall: that Trump isn’t the one actually in charge. In fact, the portrayal of Steve Bannon as a skull-faced phantom might have distracted from the cutting commentary on who’s driving the Trump bus.

2. Get Rosie O’Donnell To Portray Bannon

If Trump reportedly gets angry watching the men in his administration being portrayed by women, then why not find the women who bug him the most and get them to portray the men in his administration? The famous Trump vs. Rosie O’Donnell feud seems like the perfect excuse to make Trump go apoplectic. (Oh, wait, looks like Rosie already had this idea…).

3. Imply That Trump Doesn’t Have Any Money

During the campaign, Trump was dogged by requests to release his tax returns (he still hasn't). Many wondered about why Trump never released his tax returns, and well, it could be because he actually has a lot less money than he wants people to believe he has. Many people have floated this as the explanation, including Fortune's Shawn Tully. Hillary Clinton also suggested as much during the first presidential debate. And nothing seems to bother Trump more than being called out on his wealthy or business acumen. Feel free to jump at this one, Saturday Night Live.

4. Do A Sketch About Trump Getting Impeached

This may not be a parody for too much longer if some people get their way, but if Trump doesn’t like having his legitimacy being called into question, then nothing will get him angrier than a realization of his own impeachment. Maybe the joke can be that the House can’t just pick one thing to impeach him on?

Trump’s wall was one of his bedrock promises during his campaign, and he seems to be committed to it happening, whether the wall is actually visible or not. But after a moving ad depicting the wall intended for the Super Bowl was censored by FOX, questions have resurfaced about what the actual wall will look like. My thinking? It will be very, very small — maybe only a couple of hands high. Of course, we’re talking about Donald Trump’s hands, so…

Trump’s relationship with the truth and facts is clearly casual at best and destructive at worst, but sometimes just placing Trump’s worst falsehoods next to the truth can make for good comedy. Perhaps having some textbook writers try and tackle how they’ll present Trump’s presidency — while of course ,Trump lingers nearby — would give us some good opportunities to watch the Donald chafe at his own, ahem, legacy.