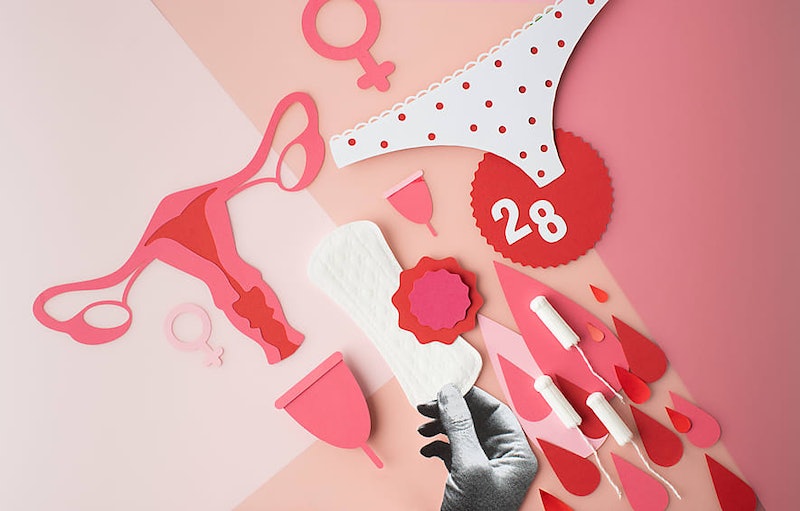 In November 2018, Jo's Cervical Cancer Trust reported that smear-test attendance in the UK was the lowest it had been for 21 years. On Monday, the trust published the results of a survey it carried out to investigate the reasons behind that shocking statistic, and, worryingly, it turns out it is largely down to anxiety about the attending the appointment. Jo's Cervical Cancer Trust was founded 1999 by James Maxwell after he sadly lost his wife Jo to cervical cancer. It was Jo's wish that there would be more help and information for people affected by the disease and that more information would be made available for this potentially avoidable condition.

This week, the charity is launching its #SmearForSmear campaign as part of Cervical Cancer Prevention Week. As the website states, the aim of the campaign is to educate people about what a smear test is for, why it's important, and ways in which people can make it easier for themselves and ease their anxieties.

Of the 2,005 25 to 35-year-old women surveyed by Jo's Cervical Cancer Trust, 81 percent felt embarrassed by the idea of having the test. Even scarier still is the fact that 27 percent are afraid of causing any sort of a fuss, 18 percent are worried about being judged, and a shocking 16 percent are worried their concerns are silly or too small.

In a statement about the survey results, Robert Music, the chief executive of Jo’s Cervical Cancer Trust, said:

“Smear tests provide the best protection against cervical cancer yet we know they aren’t always easy. We want women to feel comfortable talking to their nurse and asking questions. It’s not making a fuss and there are many ways to make the test easier. Please don’t let your fears stop you booking a test.”

And even Prime Minister Theresa May has weighed in on the discussion, speaking today during Prime Minister's Questions about the important of women attending their appointments, the Guardian reports. May spoke of her own experiences with smear tests:

"I as a Prime Minister can stand here and say this: I know what it's like to go through a cervical smear test ... It is not comfortable, sometimes for some it will be embarrassing, sometimes it’s painful, but those few minutes can save lives."

In 2009, the importance of cervical smears was brought into the spotlight when reality TV star Jade Goodby lost her battle with cervical cancer at the age of 27. The country was left reeling by Goody's passing, and people began to realise how crucial it was to get a smear test. Sadly, in the ten years since, it appears that the sense of urgency has dissipated.

So, what actually is a smear test? Also known as a cervical screening, the NHS describes it as "a method of detecting abnormal cells on the cervix. The cervix is the entrance to the womb from the vagina." They also point out that "cervical screening isn't a test for cancer, it's a test to check the health of the cells of the cervix."

In the UK, you are automatically invited to have a screening by your GP after you turn 25. However, if you have any concerns regarding your cervical health, you should absolutely speak to your nurse or GP no matter what your age is.

Jo's Trust provides a very detailed description of what happens during a smear test, and they even have a helpline you can call if you have any enquiries but feel maybe a little self conscious. So take advantage of those resources if you have any concerns about the test.