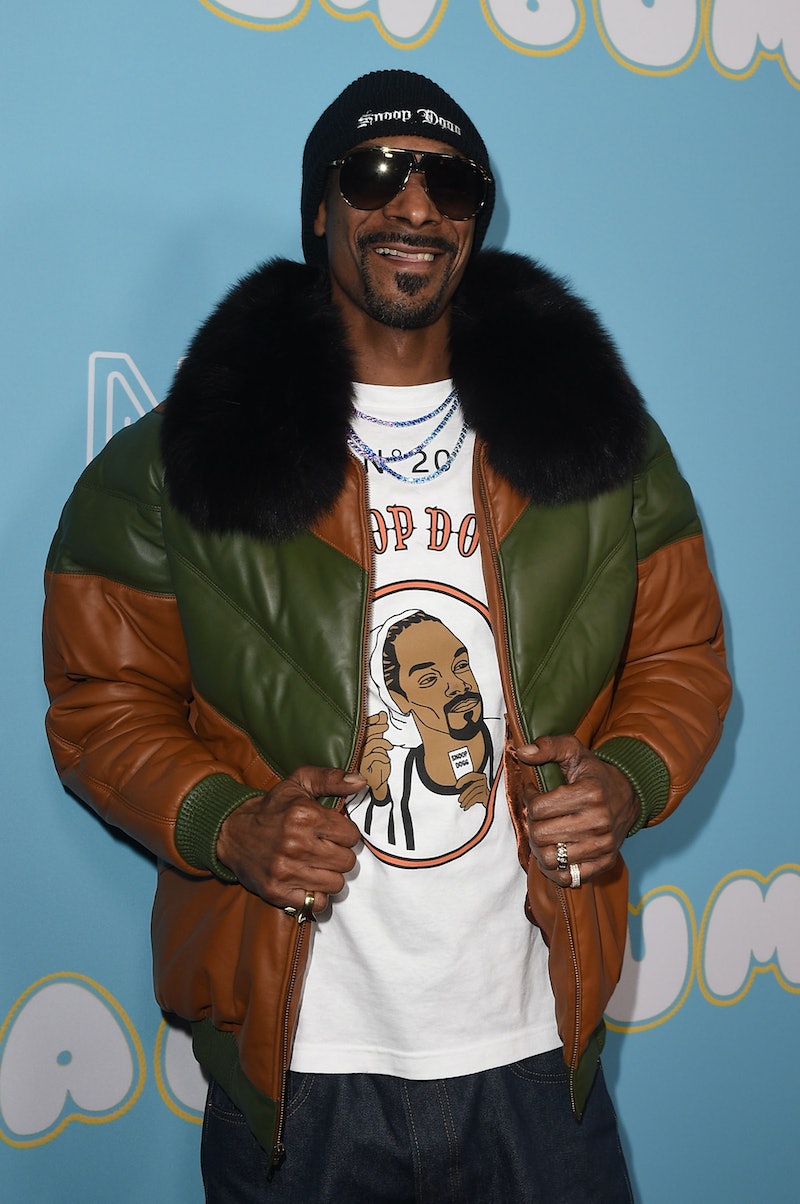 Soccer fans in the United States had a lot to celebrate this weekend. On Sunday, the U.S. Women's National Team won the Women's World Cup for the second year in a row with a 2-0 score against the Netherlands. Now, their success is shining a light on the pay disparity between male and female soccer players, and a certain rapper is speaking up. In a video he shared on Instagram, Snoop Dogg called for equal pay for the USWNT, pointing out how unfair the pay gap really is.

Snoop Dogg started out by congratulating the team before opening up about why he thinks they deserve more money, especially after their performance in the World Cup.

"Food for thought. Shout out to the USA Women's Soccer Team for their fourth world cup, but what I want to talk about is they only get $90,000 per player, but the men — if they win they get $500,000 per player. Sorry ass f*cking men from the US team may never win sh*t, ain't ever win sh*t, can't even get out the f*cking first round. Man, pay them ladies, man. Pay the girls what they're worth. The women should be getting $500,000 per athlete. Snoop Dogg says so."

According to a class action lawsuit the team filed in 2016 (via Washington Post), the women on the USWNT earned $164,320 less (or 38% of the compensation) than a man who played similarly on the men's team, After the lawsuit, Washington Post reports that the women are now making $28,333 less than the men, who receive a $5,000 bonus per game they lose while the women do not. And as the Wall Street Journal reported, from 2016-2018, the women brought in $900,000 more in revenue than the men did — but they're still being paid less. And as far as the Cup itself goes? The men's team who won received a $400 million prize, while the women received $30 million.

USWNT player Megan Rapinoe, who scored one of the goals in the World Cup, told reporters at a press conference that she's ready for this conversation around pay to continue. "We put on the most incredible show that you could ever ask for, and we can't do anything more," Rapinoe said, according to CNN.

Snoop Dogg is hardly the only one who has expressed how unfair this is on social media. Following the women's win on Sunday, fans have been tweeting about how the players deserve more money, including Elizabeth Warren and tennis legend Billie Jean King.

Equal pay is something that women of all industries are still fighting for, and the disparity between the men and women's teams is just one example of how unfairly women are still treated in the workplace. Hopefully, with people like Snoop Dogg speaking up, change will happen soon. After a win like that — and bringing in the revenue for the organization that they do — these women certainly deserve it.

More like this
Prince William Reveals Charlotte's Hidden Talent In Ultimate Proud Dad Moment
By El Hunt
Watch Emma Raducanu’s Incredible Response To Her Early Wimbledon Exit
By El Hunt
Adele’s All-Female Lineup Includes Kacey Musgraves, Mahalia, & Self Esteem
By Shahed Ezaydi
You Might Want To Rewatch 'Elvis' For This Britney Spears Easter Egg
By Grace Wehniainen
Get Even More From Bustle — Sign Up For The Newsletter