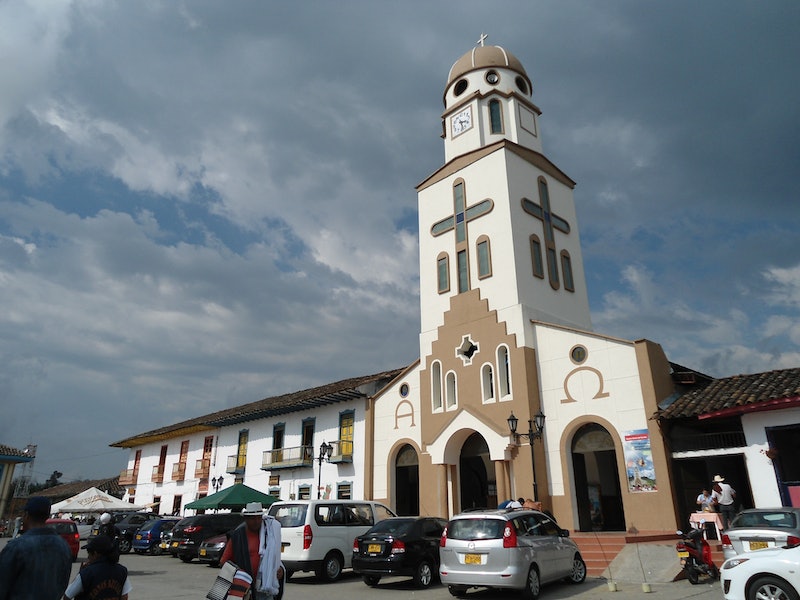 I hope you're not getting too comfortable with 2017, because some people think it'll wind up cut short. It snowed in Salento, Italy, this week, and while some might chalk it up to the peculiarities of nature or climate change, others' minds immediately went the doomsday theory route. The southern Italian city is the birthplace, you see, of 16th century philosopher and physician Matteo Tafuri — a man modern-day tabloids have taken to calling the "Italian Nostradamus" — and in his writings about the future, he had something to say about snowfall in Salento.

According to the Daily Mail, Tafuri wrote, "Salento of palm trees and mild south wind, snowy Salento but never after the touch. Two days of snow, two flashes in the sky, I know the world ends, but I do not yearn." In other words, if it snows in sunny Salento for two days, we're all doomed. Unfortunately, over the weekend, the Italian peninsula, including the beaches of Salento, was hit with heavy snowfall for a few days. According to Weather.com, this was part of a cold snap in continental Europe that's caused 61 deaths so far. Well, humanity had a good run while it lasted.

Before you quit your job in a suitably dramatic fashion, though, remember that the apocalypse is being predicted mostly by tabloid sources, which tend to break out centuries-old "prophecies" on a regular basis.

I just spent a substantial portion of my morning trying to find a primary source for Tafuri's prediction, but no amount of digging could turn one up, so I would maybe take the whole thing with a grain of salt. That being said, Tafuri actually did exist; in fact, he was one of the most prominent figures in the Italian region of Apulia. After studying Greek culture as a young man, he moved on to philosophy and medicine. Along the way, he became famous for dabbling in divination and astrology, eventually demonstrating his abilities to King Francis I in France in 1525.

That same year, he visited England, where he was investigated for heresy. After travelling the world for a few decades, he returned to Salento... where he was promptly imprisoned by the Inquisition on charges of witchcraft and Satanic powers.

Although he was eventually acquitted, Tafuri lived out the rest of his life in poverty, feared and disliked by the locals. As it turns out, the life of a famous astrologer is far less glamorous than I was expecting.

But back to the prophecy in question. Even if you put stock in its prediction, the second part — flashes in the sky — hasn't come to pass yet. If it does, I'm going to go out on a limb and say there's still nothing to worry about apocalypse-wise. But hey, that doesn't mean you can't pour one out tonight in honor of 2017 anyway. After all, you survived a possible apocalypse.