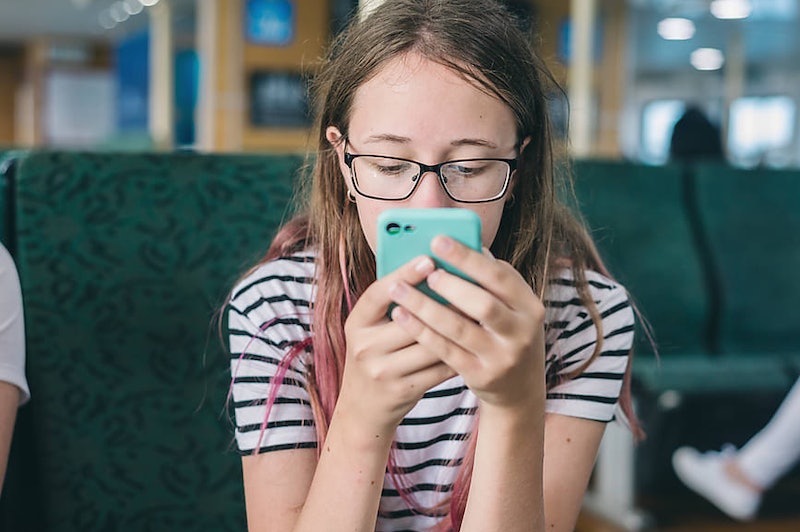 Whatever you think about social media, it is very much a part of our lives, and no more so than for teenagers. Yet there have been so many contradictory studies on social media, and technology, and how it impacts children that it's increasingly difficult for people to keep up. But a new in depth study is showing that time spent on social media has little effect on teenagers' wellbeing, and it actually has a "trivial" impact on overall life satisfaction.

The comprehensive study for the PNAS journal, attempted to find out if social media was negatively impacting teenagers' life satisfaction, or if teenagers with lower life satisfaction were more likely to use social media. The University of Oxford team, who undertook the study between 2009 - 2017 on thousands of 10 to 15 year olds, said friends, family, and school life were what actually had the biggest impact on a teen's wellbeing. Professor Przybylski, one of the authors of the research said: "99.75% of a person's life satisfaction has nothing to do with their use of social media."

The professor also reiterated that the length of time children are spending on social media is not the problem, and parents shouldn't worry too much about screen time saying, "the results are not showing evidence for great concern" but, instead parents should talk to their children about the experiences they have while on these social media platforms.

Now, the researchers behind the study are asking social media sites might have to work with them. Those involved had asked the companies to release their data, and they plan to meet up with social media businesses to discuss their findings, and work out how young people are utilising social media.

Although scientists at the University of Oxford do not believe there is a link between screen time before bed and a negative effect on mental health, there are some studies which have found the blue-violet light from phones at night could damage eyesight, disrupt sleep, and affect mental wellbeing, so they still recommend children put away their phones some time before bed. Co-author of the study and psychology lecturer at Oxford, Amy Orben said: "We recommend that families follow our guidance published earlier this year and continue to avoid screen use for one hour before bed, since there are other reasons beside mental health for children to need a good night's sleep."

While this study should put people's minds at ease, social media can still warp self-image in significant ways. Studies have shown that appearance-based comparisons on social media can impact body image and eating. It's hard to tell what's reality on social media, especially when users only show a certain version of themselves online. Seeing a continuous stream of "perfection" sometimes brings feeling of self-doubt in adults, lets alone young adults who are still developing.

Social media isn't going anywhere any time soon, and while there are some worrying side effects that come along with it, there are many positives ones like connecting to people across the globe, counteracting social isolation, and utilising it as a tool for creative self-expression. Hopefully, this new study puts parents at ease about screen time affecting their children's happiness and wellbeing.